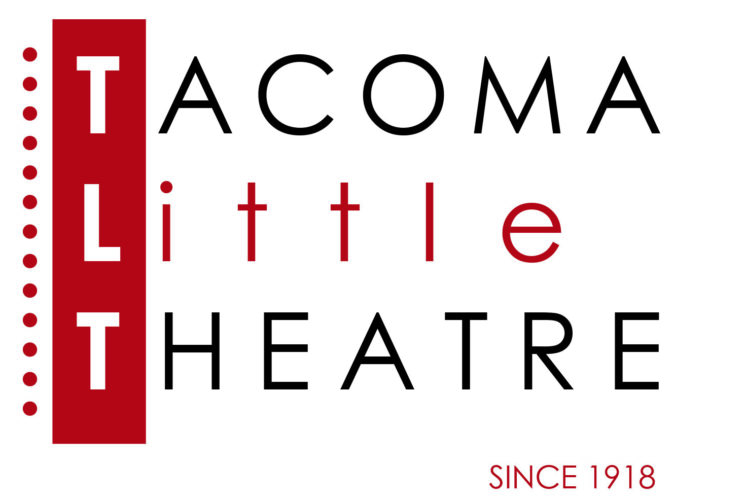 Tacoma, WA-Tacoma Little Theatre is delighted to announce their 103rd SEASON of theatre beginning in September.

TLT is calling this season “THE START OF SOMETHING NEW”. It has been a long intermission and the excitement is building to welcome the community to the newly remodeled theatre.  The season will include the following seven productions:

Though Emma is often exasperated by her highly opinionated mother, Aurora, they talk every day about their problems, from Aurora finding unexpected love even as she becomes a reluctant grandmother, to Emma's struggle in her troubled marriage. But when they need one another most, will they be able to find courage in each other? This funny and touching story captures the delicate, sometimes fractured bonds between mothers and daughters, husbands and wives, and lovers, both old and new.

Was it Miss Scarlet with the lead pipe in the library?  See if you can figure it out!

Based on the iconic 1985 Paramount movie which was inspired by the classic Hasbro board game, Clue is a hilarious farce-meets-murder mystery. The tale begins at a remote mansion, where six mysterious guests assemble for an unusual dinner party where murder and blackmail are on the menu. When their host turns up dead, they all become suspects. Led by the Wadsworth – the butler, Miss Scarlett, Professor Plum, Mrs. White, Mr. Green, Mrs. Peacock, and Colonel Mustard race to find the killer as the body count stacks up. Clue is the comedy whodunit that will leave both cult-fans and newcomers in stitches as they try to figure out…WHO did it, WHERE, and with WHAT!

Spend the holidays over the rainbow in the merry old land of OZ!

Click your heels together as you experience one of the most famous stories of all time come to life on our stage. Based on the classic MGM movie musical and the book by L. Frank Baum, The Wizard of OZ has been enchanting families for generations. Follow the yellow brick road and join Dorothy, her little dog Toto, the Scarecrow, Tin Man, and Lion as they journey over the rainbow to the merry old land of Oz in search of the great and powerful Wizard. Will he grant them their hearts’ desires? With all your favorite songs, including “We’re Off to See the Wizard,” “If I Only had a Brain,” and “Somewhere Over the Rainbow,” this timeless musical will sweep you into a magical holiday adventure.

The true story of a brilliant, history-making woman, hitherto unknown to many of us.

This true story of 19th-century astronomer Henrietta Leavitt explores a woman’s place in society during a time of immense scientific discoveries, when women’s ideas were dismissed until men claimed credit for them. Social progress, like scientific progress, can be hard to see when one is trapped among earthly complications; Henrietta and her female peers believe in both, and their dedication changed the way we understand both the heavens and Earth.

This ONE singular sensation is back to finish its run!

From the pen of legendary composer Marvin Hamlisch, comes this Tony Award and Pulitzer Prize-winning singular sensation! Casting for a new Broadway musical is almost complete, and for 17 dancers, this audition is the chance of a lifetime and what they’ve worked their whole lives for. A Chorus Line brilliantly evokes both the glamour and grind of showbiz, and is the musical for everyone who’s ever had a dream and put it all on the line. The iconic score features such classics as “What I Did for Love,” “One,” “I Hope I Get It”, and more! With its celebration and true-to-life depiction of performers and their struggle to achieve greatness on the Broadway stage, A Chorus Line has earned unanimous praise as one of the true masterpieces of live theatre.

Tacoma Little Theatre and University of Washington-Tacoma join together!

In a barrio living room in North Philly, an activist-turned-music-professor moonlights as the local soup kitchen queen, cooking free rice and beans for any hungry neighbor. Halfway around the world, her cousin relives his military trauma on the set of a docudrama that’s filming in Jordan. With the Egyptian revolution booming in the distance, these two young adults try to sing a defiant song of legacy and love in the face of local and global unrest.

What would you do if someone claimed your home was theirs?

When an upwardly mobile African-American couple wants to buy a home in an all-white neighborhood in 1950’s Boston, they pay a struggling Irish family to “ghost-buy” a house on their behalf. Fifty years later, the Irish family wants “their” house back. Moving across two eras, The Luck of the Irish explores racial and social issues and the universal longing for home.

We hope that you’ll join Washington’s oldest national award-winning community theatre as it helps to bring the Performing Arts back to life in the northwest!