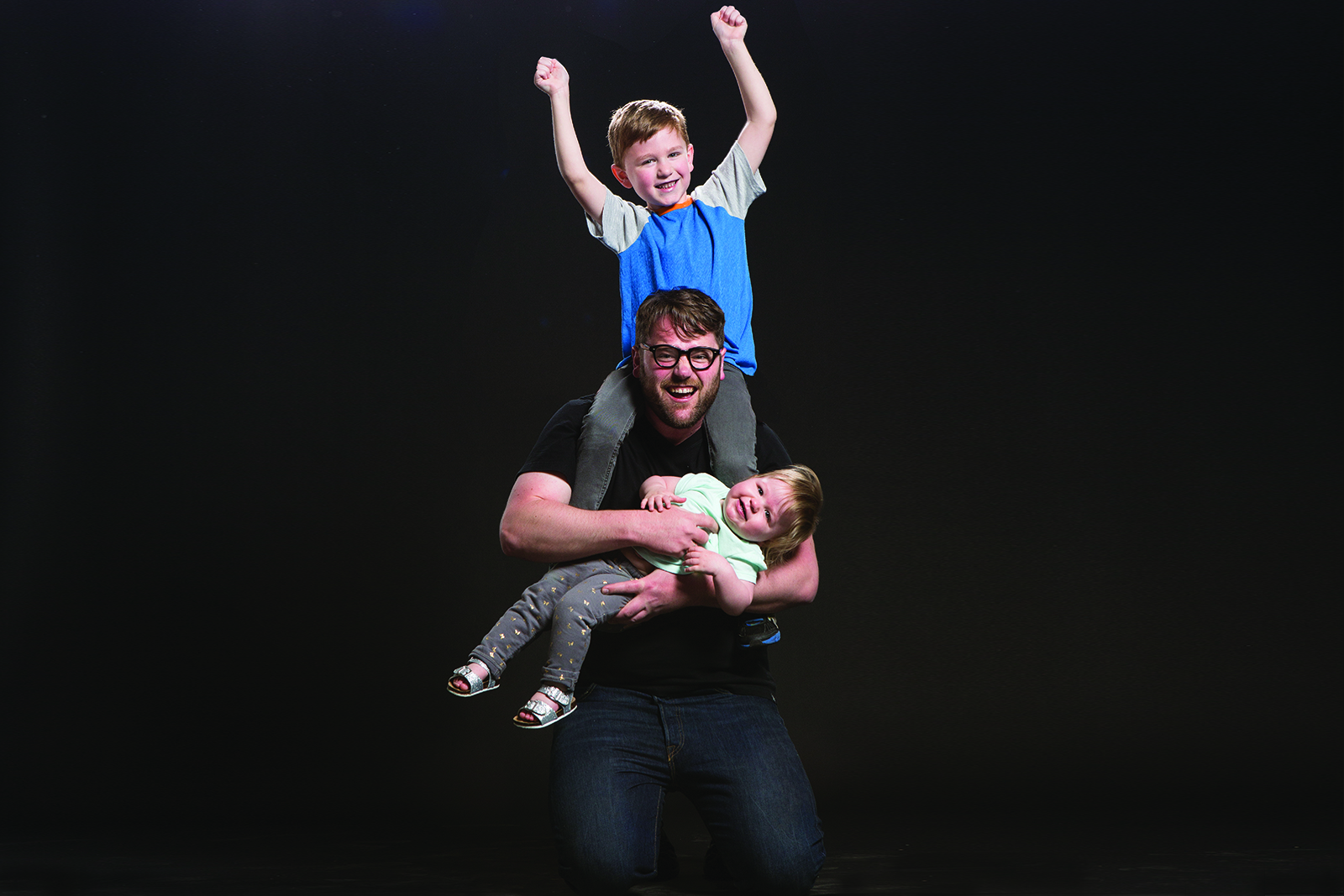 As the title suggests, Rocking Fatherhood: The Dad-To-Be’s Guide to Staying Cool targets the menfolk as its audience. But the book by Chris Kornelis coming out this month is just as insightful and handy for moms-to-be — particularly if that woman is looking for a more irreverent, less precious and even empowering take on parenting.

As it goes week-by-week through a woman’s pregnancy, Rocking Fatherhood accomplishes a lot more than providing snapshots of how a fetus is developing and how an expectant mom might be coping. It covers practical parenting tips, provides you-can-do-it encouragement and shares some serious reflections on what kind of fatherhood is possible for dads today.

The Bremerton-based author explains that he had two main reasons for writing the book, which he began working on while his wife, Betsy, was pregnant with their second child. Kornelis wanted to put a positive spin on impending fatherhood, and apply needed scrutiny to some choice bits of parenting dogma.

He was tired of the well-meaning slaps on the back from friends and acquaintances who proclaimed, “Having a baby changes everything.”

“Very rarely was it, ‘You mustbe thrilled,’” Kornelis says in ourinterview. “Going to college changes everything, and nobody says it like it’s horrible.”

The messaging around breastfeeding was a second motivation for Kornelis, who regularly writes for the Wall Street Journal and formerly worked for Seattle Weekly, among other publications.

When their first baby was born, Betsy struggled to nurse him, and the couple felt harshly judged by people who they felt should be supporting new mothers, no matter what choice they make about breastfeeding.

Kornelis takes a careful look at the arguments for breastfeeding, and digs into the science behind them. The truth, he finds, is that the research isn’t overwhelmingly in favor of breastfeeding when it comes to the individual, though it makes sense from a public-policy position.

He comes to this conclusion: “I’m not trying to convince you to feed your baby one way or the other, just like I’m not trying to convince you to raise your baby a specific way or to hammer out a prescribed work/life balance. I think families should make informed decisions, and feel good about making the decisions that are right for them, and I think they should be made from a place of strength, not guilt and shame.”

Kornelis does a similar truth-squadding exercise regarding the black-and-white advice as to what a pregnant woman should and shouldn’t be eating. While unpasteurized cheese and deli meats are on the do-not-eat list because of Listeria bacteria, which can cause listeriosis and potentially a miscarriage, the largest U.S. outbreak of the disease was caused by cantaloupe, an approved food during pregnancy.

“Other than the very basic things of not binge-drinking and eating wildly unhealthy, what if somebody lived their life like they did before? What’s the statistical difference?” wondered Kornelis in our conversation.

Kornelis questions another pregnancy phenomenon that never made much sense to me, either: the “babymoon” vacation before your due date.

“[M]y principal problem with the “babymoon” concept is that it’s a ‘last hoorah’ before the baby comes, and that what comes next isn’t a ‘hoorah.’ And I think it can become a self-fulfilling prophesy,” he writes. Instead, he suggests making it a priority to get out with your spouse for an evening or overnight some point soon-ish after the baby is born.

Kornelis continues: “You’ll love your baby in a way that you didn’t think possible. You’ll also reach a level of fatigue — and possibly despair — that you’ve never been to. This is why it would be nice to have something for the two of you to look forward to doing together, to remind each other how you got into this beautiful mess in the first place.”

Kornelis uses personal anecdotes to liven up the advice, in this case describing a trip to Port Townsend to just hang out as a couple. Most of the tales are entertaining, though they’re sometimes so tangential that you lose sight of the parenting point he’s trying to make.

The book also clearly hits some day-to-day survival tips. He recommends his-and-her diaper bags, and urges dad to get one that he actually won’t mind toting around.

“Diaper bags are all ugly. They are to bags what mom jeans are to pants. Yes, they’re convenient. But so are fanny packs. Just because you’re a dad doesn’t mean you have to submit yourself to the caricature,” he writes.

But the most compelling message from Rocking Fatherhood is the bigger-picture takeaway of creating a home, employment and family arrangement that works for you individually, without succumbing to the pressure of living in some manner that society, parents or friends more readily endorse.

To make this case, Kornelis interviewed a bunch of parents, many with connections to his former work as music editor at the Weekly. Kornelis shares the experiences of these families, including local musical luminaries Chris Ballew (Presidents of the USA/Caspar Babypants) and Laura Veirs, as well as a variety of doctors, artists, a restaurant owner, wine makers, the guy who helped him install his car seat and others.

“These were such wildly different people from different disciplines,” Kornelis says. He chose a diverse mix to inspire people to “make it your own and ask for things that you want, and fight for the fatherhood you want. I felt like I had such a variety that you could use your imagination to work into your own life.”

While Kornelis’ book specifically addresses a traditional mom-dad-kid format, the message of parenting in a way that feels authentic and right for your family could be applied to any parental gender and child structure.

Kornelis recounts his own struggles in making career and financial decisions that would allow him to provide for his family and still be interesting professionally, while maintaining the flexibility to spend time with his children and supporting his wife, both emotionally and practically.

That leads me, a mother, to one of my favorite takeaways from this book ostensibly written for dads. Throughout the guide, Kornelis peppers the text with reminders to the non-pregnant partner that one of their top jobs is to support the mom-to-be by doing chores without being asked, respecting her (sometimes overly anxious) feelings and advocating for her needs.

For me, the message was an empowering reminder that being pregnant and a new mom is hard work, and it’s not unreasonable — or whiny, or high maintenance — to expect a spouse to provide a little more.

“It kind of goes back to one of the things that Laura Veirs told me,” Kornelis says when I share this thought. “It’s not that men forget that women are pregnant, but you can go a day where it’s not in the front of your mind.”

And it doesn’t end after the baby gets a bit older, Kornelis writes. In most households, mom is the one who tracks the important information, remembers and researches the hard decisions and bears the brunt of the child-rearing responsibilities.

“[E]ven if you and your lady both work full-time and you strive to equally share the child-rearing duties,” he writes, “she’s probably the one that’s keeping the family engine running, while you shovel in coal.” 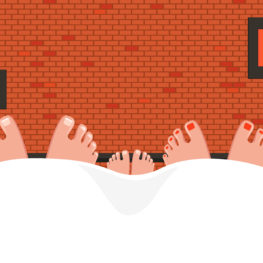