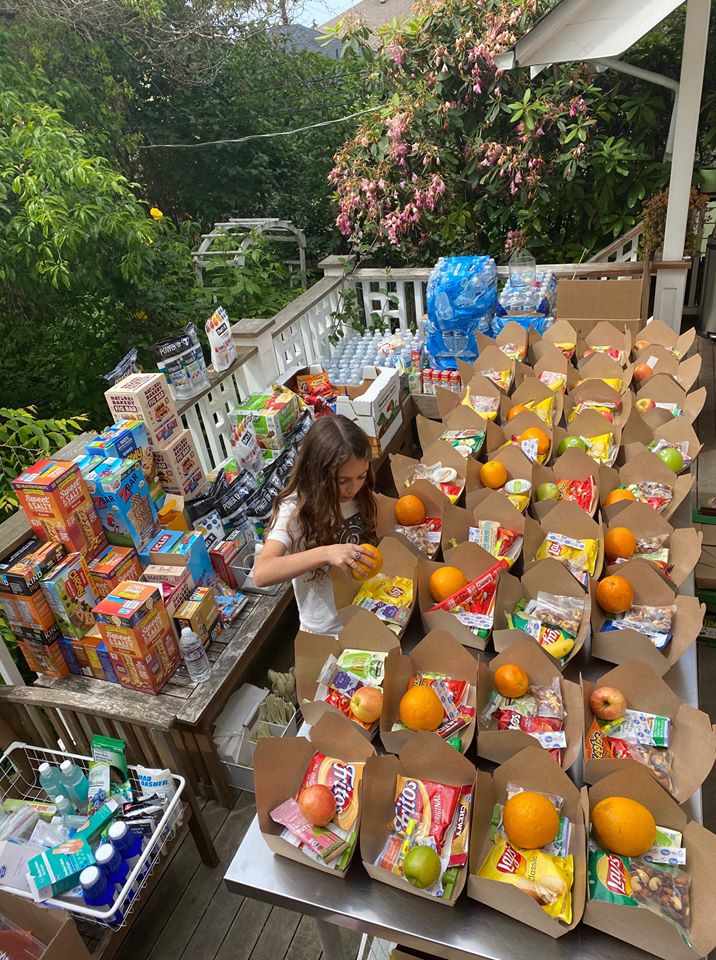 Join a family-friendly protest walk at 10 a.m. Sunday, June 7. There will be a walk around West Queen Anne Playfield / Big Howe Park in Seattle and 8 minutes, 45 seconds of silence.

“As a person of color (who grew up in a very white city), I’ve been trying to sort out my feelings and thoughts this last week, my whole life actually, because the problem of racism feels so insurmountable and chronic. I’m ANGRY, I’m sad, I want change and I want to be a part of the change…”

Leah Lowey posted this a few days ago on a neighborhood Facebook page asking for help on how to assist with the Black Lives Matter movement. In pursuit of her fight for change, she and her family have taken on the task of providing care packages for protestors in Seattle. Asking for donations the first day drummed up enough contributions for 300 packages to be delivered to Cal Anderson Park for distribution. More donations came in the next day with over 600 packages going to demonstrators to consume and reenergize. Lowey continues her efforts, saying that she won’t stop until this is over.

“The response has been AMAZING! I had a feeling that there must be other parents, quarantined at home, who are feeling like I was. I wanted to help provide an outlet to show protesters that we support them,” said Lowey. Donations encouraged include prepackaged foods, nuts and fruit, umbrellas, masks, trash bags, earplugs, rain ponchos and different types of drinks (Gatorade,  etc) that will keep individuals hydrated during their march.

Set up on her patio, Lowey collects donations and assembles care packages with her family and with help from friends. Once assembled, Lowey sends the packages off to a drop off location in Seattle for distribution. Her home has become a place where donors can drop off their items and see the packages being made, sparking conversations with their own children about racism and how society has normalized this behavior.

“There are people out there”, said Lowey, “who may have health conditions, or are scared or they have kids…so not everyone is able to show their support as a protestor and this is one way for them to participate. I think this is just the start of the conversation. I don’t think the food is the most important part, but donating the food starts the conversations within a family about race and privilege.”  She sees providing donations for demonstrators as a tangible way for kids to see how a community contributes to the larger cause.

Lowey also wanted to create a safe space for families in her Queen Anne neighborhood to assemble, to see each other as allies, and to show her children partnership in the community, united in their fight for equal rights. This Sunday (June 7)  Lowey is organizing a protest at Big Howe Park on Queen Anne Hill in Seattle.  She invites and encourages everyone to join with their families. For more details go here.

Lowey believes that everyone who supports the idea of equal rights can help make a change. She shares: “I’ve had this feeling for a while, where we’re all outraged. Even being a person a color I haven’t really known how to address it and what to say. I wanted to be sensitive to what’s going on. I was almost scared to say anything in fear of offending anyone. But then I realized, that wasn’t doing anything, and it wasn’t doing any good. The most important thing to do is to listen, educate ourselves and try to do what we can in, whatever way we can.” 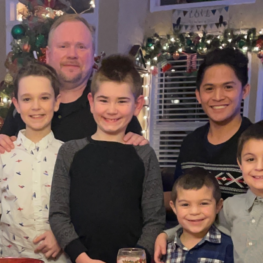 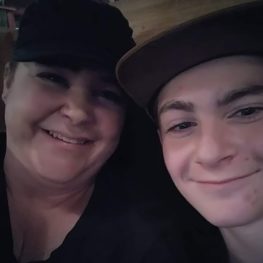 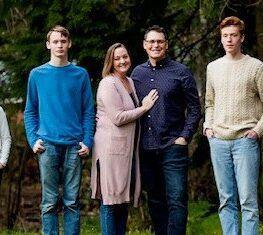