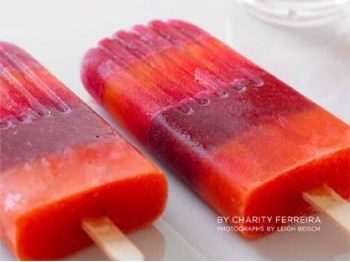 Ice pops, Popsicles, call them what you will, they’re a trend of the summer. We have two recipes for you from two cookbooks that appeal to both grown-up and kid palates.

This pretty layered pop is a frozen yogurt version of that time-honored combination of chocolate, strawberry and vanilla.

In a glass measuring cup or small bowl, stir together 1/2 cup of the yogurt and the chocolate syrup. Spoon the mixture into ice pop molds, dividing it evenly and filling each mold about one-third full. Freeze for 30 to 45 minutes.

Divide 2/3 cup yogurt evenly among the molds on top of the chocolate layer. Insert sticks. Freeze for 30 to 45 minutes, until set.

Purée the strawberries in a food processor until smooth. With a wooden spoon push the mixture through a fine-mesh strainer into a bowl, extracting as much juice as possible. Discard the solids. Whisk in the sugar and 2 tablespoons of the yogurt until well combined. Spoon the mixture evenly among the molds, on top of the yogurt layer. Freeze until firm, at least 4 hours or up to 1 week.

To unmold the pops, run hot water over the outsides of the molds for a few seconds, then gently pull the sticks.

Put the sweetened condensed milk, half-and-half, lime juice, lime zest, and salt in a bowl and whisk until thoroughly combined.

Editor’s note: This is an updated version of the story, which first posted in July 2011.

How one Seattle family made their yard both edible and fun 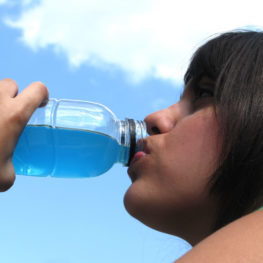 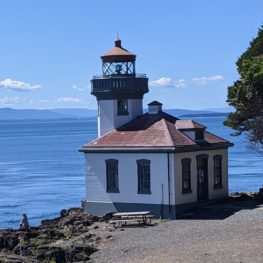 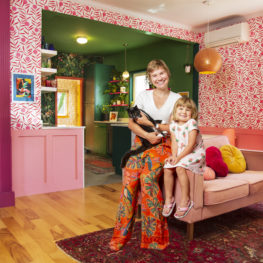