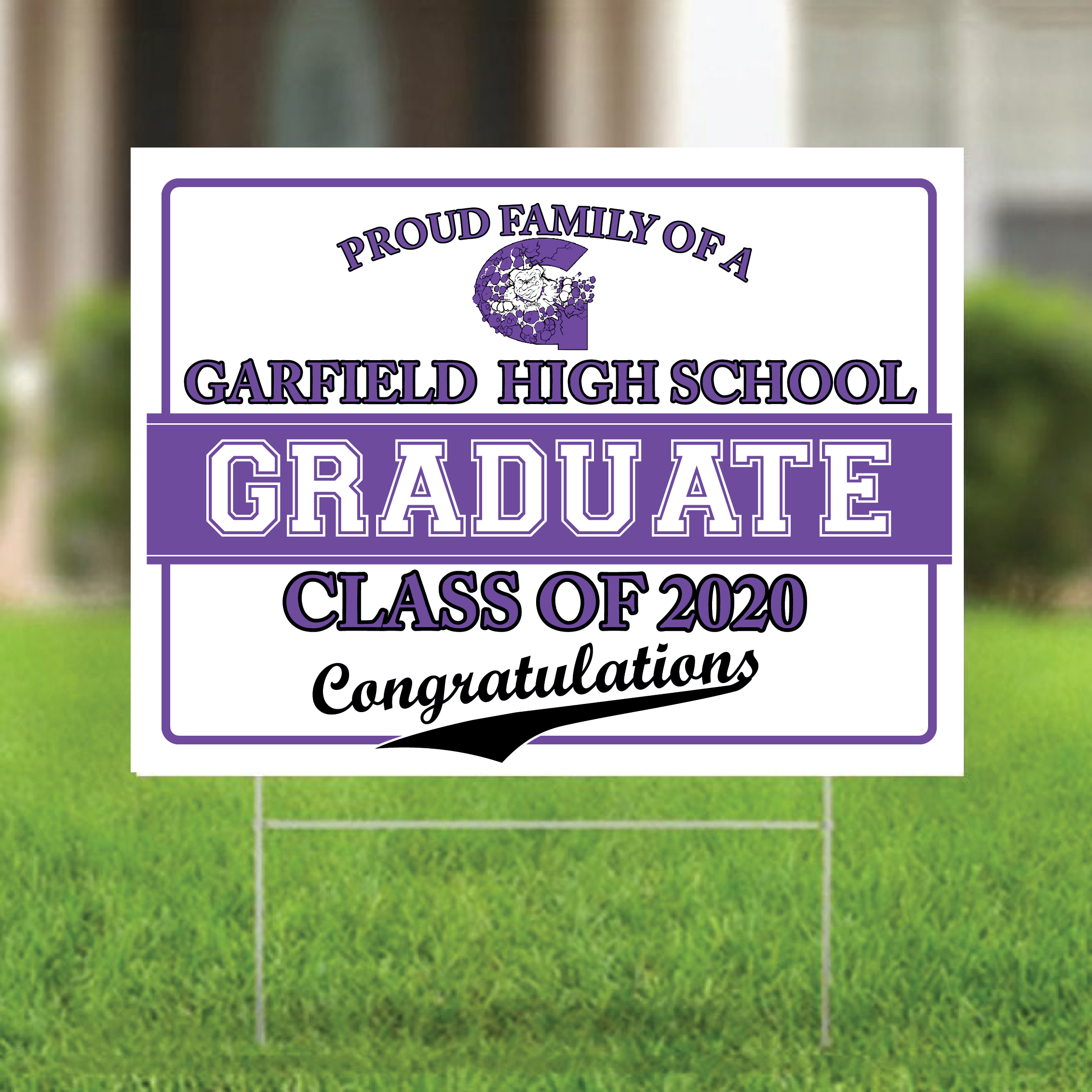 Today I ordered a yard sign for my lawn, proclaiming “PROUD FAMILY OF A GARFIELD HIGH SCHOOL GRADUATE CLASS OF 2020.”

It’s a gesture more suited to Dillon, Texas, than to Seattle, Washington, and had my son been in the class of, say, 2019, it wouldn’t have occurred to me to do such a thing. I’m not terribly school-spirited as a rule. As a native of British Columbia, I may not be raised to the Seattle Freeze, but I definitely have a bit of repressed “Cascadian Chill.”

So why am I putting my parental pride in purple, black and white, with a logo of a bulldog busting through a capital “G”?

His last day of school was March 11. He went to school in his tuxedo, because his orchestra concert, which had been supposed to go on the night before, was rescheduled to take place in school that day, with a camera for an audience. He was at lunch when cheers marked the news that school would be canceled for the next two weeks. At the time it didn’t occur to anyone that it could be their last time in the building. There were no goodbyes.

Almost everything that used to shape his life has been canceled. No ultimate frisbee practices or tournaments. No music performances or rehearsals. He worked since last summer to prepare a flute concerto to perform with the orchestra in May. That’s not happening. Most likely, neither is prom. The stay-at-home order means he can’t even see his girlfriend or his buddies. And he feels the loss of this, and of all the smaller rituals that go with the end of an American high school year: the final spirit days, the senior assassin game, passing around yearbooks, skipping class and spending an afternoon by the lake with his friends.

Instead, he’s spending more time in his room than he ever has. He’s keeping up with his schoolwork – so he tells us, anyway – and keeping fit with runs and walks. Over video chat, his girlfriend taught him how to make an omelet. He’s become quite good at it, and we go through a lot of eggs.

We see a lot more of him than we would in normal life. Every day we have a leisurely family dinner. Most days we do a video exercise class together, and we have a lot of movie nights and table-top games. We’ve had great conversations, and I treasure these moments with my grown son, even though I know that if he had the choice, most of these moments would not have happened. And that’s how it should have been.

I’m holding out hope that by June it will be possible to regain some of the freedom and the time together that the class of 2020 has lost. That the kids will have an afternoon or three by the lake, a ceremony of some kind, and some kind of party.

But that’s not something that parents can control. What we can do is tell our kids we love them, that we’re proud of them, and that the milestones of their lives matter, even when historical events sweep them aside.

Expert tips for supporting your adolescent during this tough time

In their own words: Families react to teaching their kids at home

The Playlist: All about home learning