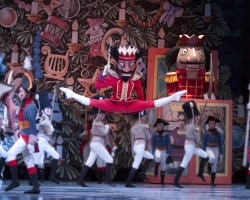 Anyone who has shared in the joy of watching Pacific Northwest Ballet's Nutcracker with their family knows that the joy is contagious. The story, the music, the sets, the dancing – everything comes together in perfect harmony to create a grand spectacle that rouses the holiday spirit.

Pacific Northwest Ballet's Nutcracker is the biggest and brightest holiday show around. It features one-of-a-kind sets by Maurice Sendak, reminiscent of Where the Wild Things Are (one of my personal faves), and captivating choreography by Kent Stowell, who took a risk putting the Land of the Sweets aside for a land with more depth and mystery. That risk pays off. Our production must be the envy of cities around the world.

As my family filtered into the dazzling McCaw Hall on opening weekend and had our backstage tour, I realized that it isn't just the audience that gets wrapped up in the show. It is the 210 kids who are cast in the production and their spirited demeanors. It is the woman I spoke to before the show, who was very proud of her granddaughter, in her sixth year with Nutcracker. It is the company dancers who have a chance to inspire young dancers with their craft. It is the feeling everyone gets to be a part of something so … huge.

So, how does PNB do it? Our peek behind the scenes gave us a glimpse. We saw hundreds of perfect ringlets bopping about (parents have to take a curl class – it's a requirement!), red stamps to create the perfect soldier cheeks, kids knitting caps for Seattle Children's Hospital as they wait for their time on stage, and a "child wrangler" making sure all is well. It seems they have left no stone unturned.

During the show, we saw the stage transform from a holiday home to a winter wonderland to an exotic kingdom, where a peacock and whirling dervishes engage the audience. I received some hand squeezes from my son at special moments, such as the beautiful and amazingly synchronized dance of the snowflakes. My daughter watched in rapt attention as the story unfolded, leaning forward in her seat during the especially good parts.

My kids took in the experience, impressed by different things. My son was captivated with how everything worked backstage. My daughter paid more attention to how things looked on stage and how this Nutcracker is different from the book we read together.

But don't take my word for it. Let them tell you.

We had a backstage tour. It looked tough to get all of the things working at the right time and to set the play on that big stage and create the different scenes. There are so many long ropes and little TVs to control all of these hard things to do, like pulling up a curtain. You have to be really strong to do that. And you have to be strong to lift the Nutcracker out of the jack-in-the-box. The most interesting thing for me was that there were not many people pulling the ropes, and all the ropes have labels that control things in the play.

Nutcracker had interesting features, like the Christmas tree unfolded to be gargantuan, the waves had handles to pull in a circle to make them go up and down, and the Mouse King was so big that the head came out one side and the tale came out the other and almost trapped the Nutcracker. Just one person (the stage manager) controlled the show and said what time to go out and what time to do stuff and watched the whole play to see if things go wrong. If things go wrong, she gets straight to work.

I've never been backstage before, so that was a surprise, and there are really nice people everywhere around there. In the dressing room, there were people putting make-up on the children and big red cheeks. We saw some people backstage and then saw them out on stage. We saw costumes, army hats and mouse heads. In the fight scene, when you see the cannons come out, I'll give you some advice … plug your ears because it's loud!

This Nutcracker is very special because it just felt like it was real and it was Christmas themed. There was falling snow that was glitter, which was pretty cool, and the fairies had little blue dresses on. I'll give you some more advice … when the dancing comes, watch for some Chinese girls because they will be holding a big, funny Chinese tiger with red ropes – he was my favorite of the show because at the end of the dance he pushes up his hat and you see the boy under it. I recommend that you see Nutcracker because it is a good show.

Caitlyn Zier, age 6, had this to say:

I liked going in the boat because we were going to see it in the play. I thought it was interesting that the horses backstage got named after the kids who first played the parts. I liked it because we got to meet some of the dancers, like Clara, and she seemed nice. The waves were cool because when they used them in the play they went up and down and it looked real.

I liked the dresses the people were wearing. The dresses were beautiful. We actually got to see them dancing and see what the dresses did, whether wavy and in one spot or twirling and high. I also liked the tree growing tall. It was fun watching it grow tall. Nutcracker was different because instead of dancing at the Land of the Sweets they went to a special place where there was a Chinese tiger and a peacock. I liked it better because it was different than the book and I like different things.

My favorite part of the show was when the mouse turned big and Clara threw her shoe at it. The big mouse was a puppet and he closed his eyes. I think families should see Nutcracker because it was a good play. And when the flowers danced one of them had pink and green in her dress and it reminded me of a candy cane. And go see it because it snows when Clara is dancing with the prince, the Nutcracker.

Taryn Zier is website editor at Seattle’s Child and previously worked at Pacific Northwest Ballet, where she had the great privilege of enjoying several Nutcracker productions. 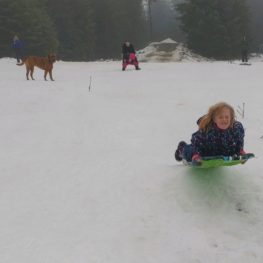 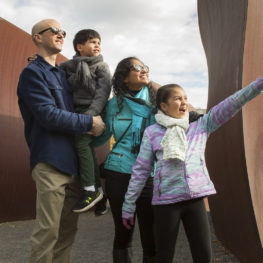 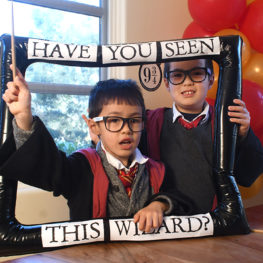