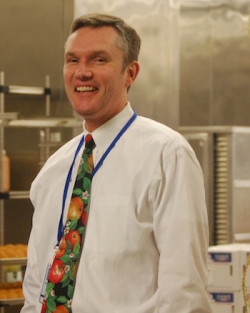 Eric Boutin knows his way around a good kitchen. The son of a chef, he grew up cooking and waiting tables. Eventually, he managed a restaurant. Now he's a member of Slow Food Seattle and an advocate for whole, healthy foods.

Those are unusual resume details for his newest job, nutrition director for Seattle Public Schools. But in an age of White House gardens and food revolutions, Boutin's arrival may signal a sea change in school lunches, notoriously known as food wastelands.

Before coming to the state's largest school district, Boutin held the same spot in the Auburn schools, where he was hailed for moves like bringing in fruits and vegetables from local farmers, promoting conversations that led to a ban on chocolate milk at elementary breakfasts, and supporting a student garden meant to supply cafeterias. (He's also worked in various Eastside school districts, as well as with a software company specializing in the food service industry.)

Seattle's Child recently chatted with Boutin about his goal to bring healthier foods into the schools – and what barriers he faces. One early bright spot: The Seattle district just received grants (see last month's Seattle Child) to help train food service staff in nutrition and kitchen skills. Here are some edited, condensed highlights from our conversation.

SC: Tell us a little about your work in Auburn and how you started focusing on whole foods in schools.

Boutin: I decided we just had to do it after I went down to the Alice Waters Edible Schoolyard ("kitchen-garden classroom") in Berkeley. I had this food background all along, and my wife is a dietitian. We like to support the farmers markets, and we do that in our home life. At school, we have limited budgets, there are limits to what we can do – but there are things that can be done. You can stop serving pizza and corn dogs every single day. It's based on the cooks (and community) having the same vision. You've got to work a little harder, maybe, but I think they found you just have to work differently. We accomplished a lot using organic red potatoes from the Skagit Valley.

How tough is it to get local produce in the schools?

Boutin: Farm-to-school is quite the buzzword right now, from the First Lady on down, but it's actually difficult to get farmers to want to do business with you. They are doing all they can do just to grow what they need for the farm. There are supply issues. It's hard for a school district to have 30 different farmers come to their loading dock. There's a reason for a middleman, one company who collects from all the farmers and brings you a standard size and so forth.

What are other barriers to serving better foods in school?

Boutin: Really, what we have to do is figure out how to fund this, which is easier said than done. You can't have the cooks make a first-class lunch, a gorgeous organic fresh lunch, for the buck, buck and a quarter they get for food costs. It's (also) partly a training issue, that the cooks have the skills to prepare these foods. And, I think people would be surprised, but kids don't really want the foods you and I are talking about. Everybody says they will, but on first blush, we have to get our kids to a place where they want fresh roasted potatoes instead of French fries … We need teachers and parents talking about why we should be eating fresh roasted chicken rather than chicken nuggets.

Where would you like the district to be on chocolate milk? Even my pediatrician said it was better than no milk at all.

Boutin: I've found that if you ask 50 dietitians, 25 will say white milk only and 25 will say whatever milk they'll drink, including chocolate. So it's not clear, but this is what I think: I don't think it helps anyone to start their day with a mouthful of chocolate.

When money is tight, we hear arguments like, "Why worry about fresh or organic or local food in schools? Isn't getting hungry kids food, period, all that matters?"

Boutin: Mathematically, I guess you could say (school meals) are nutritious (now), but I'm not going there. I'm saying we really need to be serving fresh wholesome foods. We also support the community in a fairly critical way in Seattle. Over 40 percent of our students qualify for free or reduced price meals, at some of the schools it's 80 percent or more.

Is an "Edible Schoolyard" program just a dream for us?

Boutin: Almost three quarters of Seattle schools have some sort of garden in a state of repair or disrepair … I don't know that there's a lot of connection to the lunchrooms right now, but that's one of the things we hope to foster.

What else would you like people to know about the program?

Boutin: We've moved almost all our bread products to whole-wheat now – the hamburger buns, the English muffins, the toast in the morning … We've made a lot of connections with local farmers and continue to try to figure out how to connect with them. We have 13,000 organic apples coming in. We're doing the right things, I think, and we'd certainly like feedback. (Write them at nutritionservices@seattleschools.org.)

Food writer Rebekah Denn wishes more pediatricians had OK'd chocolate milk when she was a kid. 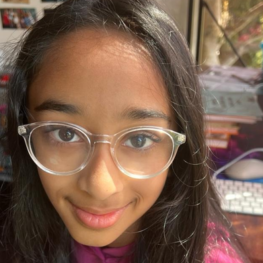 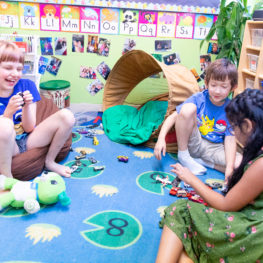 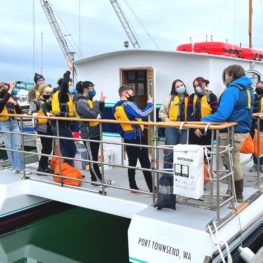