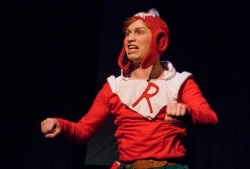 "Red Ranger, coming through!" was the catchphrase of the week in my house after attending the play Red Ranger Came Calling at Book-It Repertory Theatre. My kids worked on getting Red's vociferousness down, and I'd have visions of the cantankerous red-haired boy pushing through town on his makeshift scooter.

We are introduced to this protagonist, self-named after the Red Ranger of Mars, as he disembarks from a ferry on Vashon Island to spend Christmas with his Aunt Vy. We quickly learn that he would rather be off saving princesses from space Nazis than stuck on a rainy island for the holiday. He mopes and despairs, despite the jolliness of his aunt and the townsfolk.

The play is based on Berkeley Breathed's book, inspired by his father's depression-age childhood and brought to life by music, movement and, of course, the Red Ranger himself. Breathed lived on Vashon Island in the 1980s. It's always a treat to have a play with a nearby locale, so we can chuckle at the inside jokes.

As bad-tempered as he is, we immediately feel sympathy for 9-year-old Red. He is disillusioned with adults and the idea of Santa, and wants nothing more than to own an official Buck Tweed "two-speed crime-stopper star-hopper bicycle." He feels this to his core, which resonates with kids in the audience, who are likely harboring wishes for a special Christmas gift themselves.

The story continues as Red catches wind of Saunder Clӧs, the humbug who lives atop a hill and is believed to be the retired Santa Claus. This old guy, who reminds me of the curmudgeon-turned-cheery-bank-owner in Mary Poppins, lights up and brushes off his creaky joints with the challenge of the ultimate Christmas wish at stake. It is here we also get to meet the toys and elves, some of whom are young, local students.

If your children are of a certain age, be prepared that this play might spark some discussion about whether Santa is real or not. At least, that was the reigning conversation at intermission with my kids, ages 6 and 4. Neither of them quite believed Saunder Claus was the real deal – he doesn't quite fit the mold they're used to – yet they loved him nonetheless. They especially enjoyed Red (played by recent Cornish College of the Arts grad Jerick Hoffer), whose litany of grievances and daring nature delighted both kids and adults in the audience.

We hadn't read the book beforehand and it was fun not knowing what to expect. But I can see how reading the book in advance might be helpful for children, at least to catch a little more of the vocabulary in the play.

Red Ranger Came Calling is being performed at Seattle Children's Theatre, and there are plenty of restaurants and snack shops at Seattle Center if you need a bite to eat before the show. Thankfully, the ticket office sends an email update about traffic prior to your performance, as Seattle Center is always bustling at Christmastime. The evening shows begin at 7:30 p.m. and don't get out until 9:15 p.m., so take in a matinee if this is too late for your little ones.

I won't give away the end, but suffice it to say that Red (sort of) gets his wish and, more importantly, starts to believe once again. Be sure to catch a performance of Red Ranger Came Calling with your family before it closes on Dec. 23.

Cost: Tickets range in price from $20 to $36 (a $5 service charge may apply). Special promo: Redheads – natural or otherwise – receive $10 day-of-show tickets (the box office opens one hour prior to the show).

Taryn Zier is a freelance writer based in Lake Forest Park and mother of two believers, ages 4 and 6. 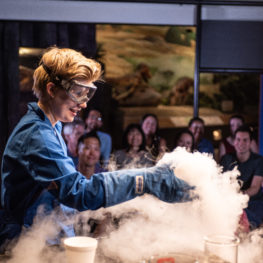 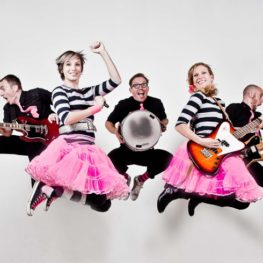 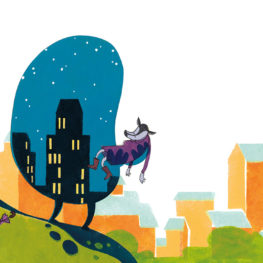