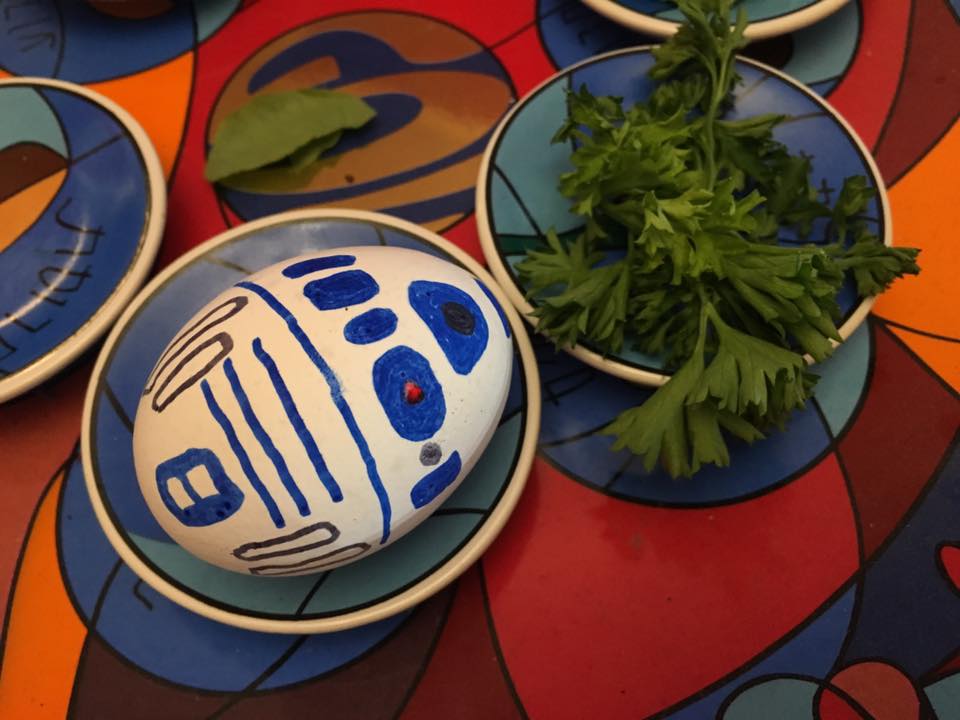 An egg is included on the Seder plate for Passover. For this Darth Seder, it's an R2-D2 egg. (All photos by Danielle Price)

The Jewish holiday Passover will be celebrated starting the evening of Saturday, March 27.

The eight-day holiday (seven days in some congregations) marks when the Jews left Egypt, leaving behind Pharaoh and slavery. Seders, often held on one of the first two nights of the holiday, are an important setting not only for celebrating family but also for kids learning about the holiday’s origins and meaning, and learning more about Judaism. 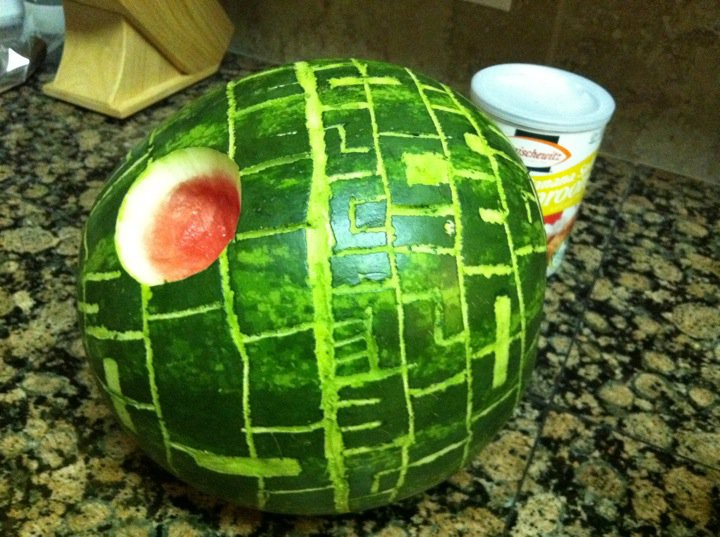 The Death Star watermelon, which is key to a Darth Seder celebration.

Danielle Price, who lives in Shoreline with her husband and two sons, is a teacher in the Youth Learning program and a B’nai Mitzvah tutor at Temple Beth Am in northeast Seattle. In non-COVID times, she has used Pokemon stuffed animals to get middle school-age kids interested in the material — for example, playing the game “Mitzvah GO” — and she knows a little something about making rituals and holidays even more fun and engaging.

Back in 2013, she and her friends decided to work out a whole new take on the Passover Seder. 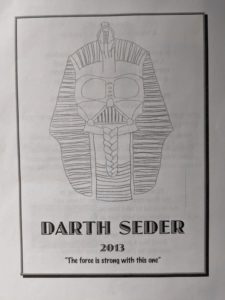 The Seder is the traditional meal celebrating the start of Passover and families use a Haggadah, a text that guides a group through the Seder, telling the story of Passover and requiring participation from the people at the Seder table.

But who’s on the cover of this Haggadah? Is that …?

“We made this in 2013, and we have been using this every year,” says Danielle. “My sister designed the cover.”

So, how does a Darth Seder work, for a “Star Wars” Passover?

“We always play the opening ‘Star Wars’ theme when we read the text on page 1. There are red candles in the Haggadah, but we usually use long blue ones for Jedis,” says Danielle.

“I always carve a Death Star out of a watermelon, and we destroy it after the Festive Chewbacca (before the Blessing After the Meal). We usually have a Stormtrooper egg or an R2-D2 egg on the Seder plate, and we dress up in costumes or wear ‘Star Wars’ attire.”

“Last year was the first time that we did the Darth Seder on Zoom. We did it with my neighbors and parents. It certainly was different, but it was nice to be together … even if it was virtual.”

A beloved traditional part of a Seder is for the youngest at the table, The Child, to ask the Four Questions.

At a Darth Seder, Yoda poses the question: “Why different this night is from all other nights?”

Chewbacca asks, “On all other nights we eat Wookiee cookies or matzah. On this night why do we eat only matzah?”

Even though this ritual is set long, long ago, in a galaxy far, far away, for a long, long sit-down dinner, something tells me this Seder keeps kids’ attention throughout. 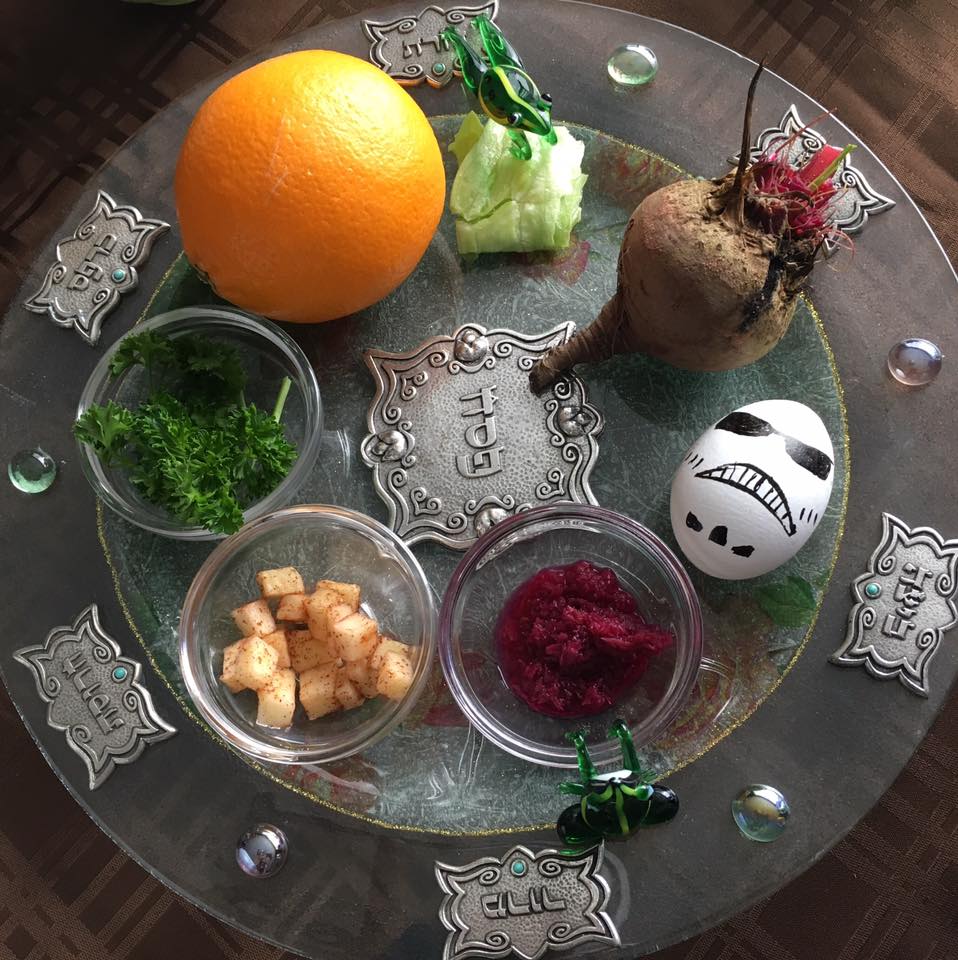 A traditional Seder plate with a “Star Wars” twist.

This story was originally published on March 19, 2021.

More Things to Do 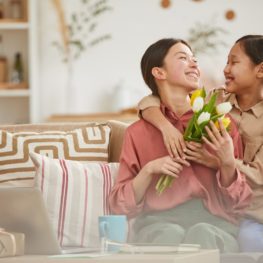 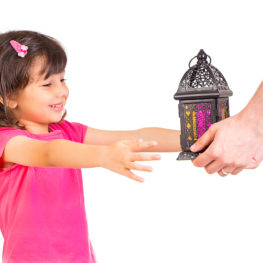