I wish this could be one of those stories about the secrets of middle school, but that is like asking for a decoder ring to adolescence. The truth is, middle school is a foray into the unknown. Emotions you didn't even know you had will infect you in profound ways, you are going to have a lot of questions and few answers, you may not fall in love or find the best friends of your life, but you will change your personality every five minutes. That doesn’t mean that you are not going to have a good time figuring it all out, though.

When my little sixth-grade self walked the halls of Explorer Middle School for the first time, I realized unequivocally that I was a loner. The party girl, she was cool — people asked the party girl out, boys fell for her, girls wanted to be like her. The nerd, though a creature of reproach, at least had clubs to join. But being a loner meant, well, being alone. No one noticed me, no one invited me to hang out after class, or cared that I had to get glasses, no one rushed over to me to be their lab partner, or passed me notes. I might as well not have existed.

I didn’t want to leave middle school being a nobody, so I set out to change my loner status. I was everything from party girl to bad girl to class clown to crystal- and sage-waving wicca girl. I cast spells on boys that I liked so they would fall madly in love with me, tried out for select soccer (my jock phase), changed my handwriting to match the popular style, learned origami so I could fold the notes I passed in class “the cool way,” bought the right shoes, listened to punk and rap and country and metal; and before I even realized it, I found myself without a tribe. I was an island, alone in a social purgatory. I finished my middle school journey right where I began: a loner.

Needless to say, I was devastated. I tried so hard to belong and came up short. I was terrified that going to high school was going to be more of the same. I fell into a slump that summer and spent most of my days inside watching "Buffy the Vampire Slayer." The episode that I felt most akin to was “Out of Sight, Out of Mind” in which this girl was ignored so profusely by her teachers and classmates that she literally disappeared, right in the classroom!

September was looming in the distance, and yet again I was determined to be somebody. I combed the Alderwood mall looking for the right look, but I had tried them all already. Then one afternoon, my mom took me to go shopping for knickknacks. We spent the whole day in dusty thrift stores, the last of which was a Value Village in Everett. I was tired of looking at ceramic kittens and clowns and found myself mindlessly picking through the outdoor wear. I came across this leather jacket: it was frayed on the inside, but was not well lived in. I was intrigued; something about it really spoke to me. I slipped it on and it fit quite nicely, despite the troublesome zipper. It fit better than nice, it fit right, felt right. For the first time in my life, I found something that felt like me.

I wore it almost every day, decorated it with patches of punk bands that I discovered in the backs of record stores in high school. Stuck enamel pins of witty literary sayings that I learned about in college. I scuffed it up at parties and concerts in my 20s. I have it still. It carefully fits the bend in my elbows and hugs my shoulders like a close friend.

I’ve removed most of the pins and patches now; I don’t need the labels. But every time I wear it, I feel all the things that I am — somewhat punk, a little bit of a nerd, a theater geek, a movie buff, a rebel, a party queen, a poet, a writer, a feminist, a comic book freak.

Does the jacket define who I am? No, but it reminds me that each one of us is a menagerie. It takes a while to come up with a complete collection, to figure out just who you are. That can be pretty lonely, especially when it seems like all of the other people around you have it figured out (or seemingly so). The only thing I can say to make your middle school experience better is this: try everything. Be a jock for a day, or a punk for a week. Be an artist. Try photography. You may end up in the same place you started, but take comfort in knowing that eventually the right thing will come your way. You’ll find something that fits.

More on "tweens" and middle school:

Connect with your tween: Advice from a pediatrician/mom

Middle-school advice for kids with, or without, phones 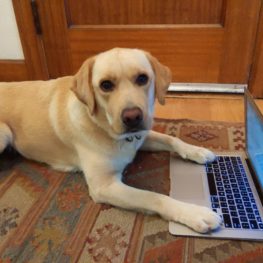 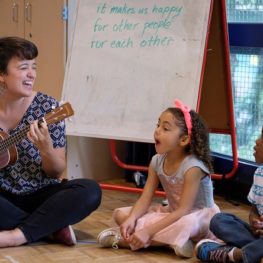 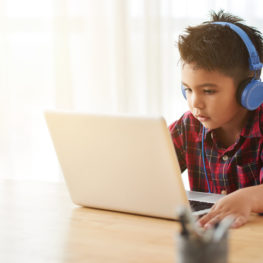 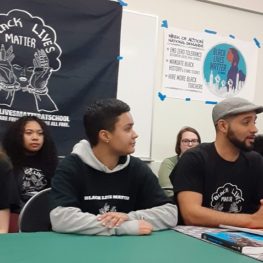