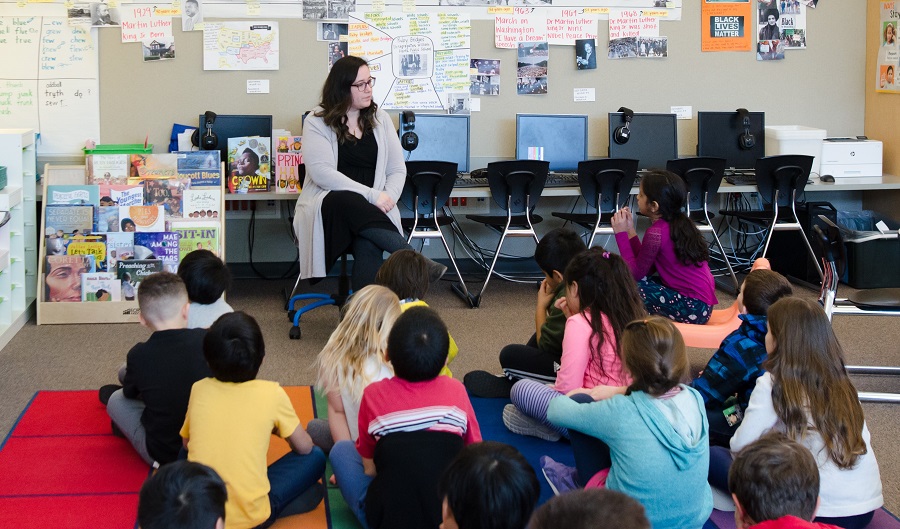 The day-to-day black experience of racial construction, racism, discrimination and the like has long set the tone for the Black Lives Matter at School Week of Action, a strategy that began in Seattle, now annually observed in many states during the first week of February. Here’s a look back at BLM at School Week activities in Seattle-area classrooms managed by white teachers, all equity literacy advocates.

Terry Jess is an educator at Bellevue High School, and a nominee for 2019 Washington Teacher of the Year. He intentionally designs his coursework to decolonize education, every day centering voices historically unheard.

For Jess and his students, BLM at School Week is nothing out of the ordinary. They discussed the origin of BLM, a call for restoration in response to the 2012 murder of 17-year-old black Trayvon Martin, gunned down by a white neighborhood watchman on return to his father’s home in Sanford, Florida. The gunman was later acquitted of the crime, an outcome widely perceived as a failure of American society and the criminal-justice system.

Jess’ students had just finished a unit on the history of education in the U.S., including an analysis of ongoing segregation, which hurts all students but has done a particular disservice to students of color. Afterward they looked at the demands of BLM at School Week, each one addressing inequities like this.

Jon Greenberg is an award-winning high school teacher at The Center School in Seattle’s lower Queen Anne. He has been dedicated to social justice and civic engagement for more than 20 years, and champions comprehensive ethnic studies implementation in Seattle schools. His education activism closely tracks to his 11 Step Guide to Understanding Race, Racism, and White Privilege.

With close to 40 different languages spoken in her school, and eight in her classroom alone, Tiffany Reimergartin is conscious of her students, “who they are, and how they’ll be differently affected by this topic.”

Reimergartin, who teaches second grade at Woodridge Elementary in Bellevue, says before bringing BLM to a classroom focus, it’s important to initiate discussions with black parents and their students to understand their feelings about BLM, and specifically BLM at School Week. “I  take their lead on the best approach for the classroom, and I tell all parents ahead of time this is what we’re learning and these are the goals.”

In preparation for this week, she brainstormed with peers “on ways to provide activities and experiences for staff and students, to grow their racial consciousness,” she says, and they decided on inquiry charts to capture the progress of that learning over time.

Having worked through a unit she crafted herself, on the civil-rights movement, her students were emotionally ready to talk about BLM. The inquiry chart became “a really great living document,” an indicator of students’ growing social awareness. Reimergartin says this method encourages students’ exploration, and for teachers feeling less than confident about taking on BLM at School Week, this is a good place to start.

Reimergartin recalls a student’s question during CRM studies: “Why did some white people help (black people), even though (white people) already had power?” This reveals the unbiased considerations of a 7-year-old child, and a sophisticated understanding of white privilege. “Kids get it easier than adults,” much easier, Reimergartin says, “because there’s not this idea of, ‘Wait, I matter, too.’”

Sara Clarke teaches at The International School where “less than 1 percent of the student population are black.” International, located in Bellevue, is a choice school where entrance is by application, and random draw. Clarke estimates there are 600 students at International, and only about 85 are admitted every year.

“It’s a public school that behaves very much like a private one,” she says. “Of about 30 teachers at International, none are black.” Representation matters to parents, Clarke admits. “We see a huge trend in both our Hispanic and black kids leaving at completion of eighth grade, opting to make a change for high school.”

Because the population at International is largely Asian, Clarke chose to focus on a letter project called “Dear Mom, Dad, Uncle, Auntie: Black Lives Matter to Us, Too.” In the letter, Asian people acknowledge advances in civil rights that have been fought for, and won by, blacks while Asians stood in the background. Clarke appreciates how the Letter Project gave voice to a history of Asians benefiting from the racial-equity work of blacks without placing themselves at the forefront of the fight. Here’s a video about it. Students also watched The Seattle Times project “Under Our Skin,” an award-winning journalistic project comprising conversations on race from varied American perspectives.

Speaking of BLM at School Week, Heather Griffin of Chief Sealth International High School in Seattle says, “The school board has got to say it’s required, because until then, unfortunately, there are a lot of teachers that are very much passively holding back.” The overarching fact of the matter, she says, is “we all benefit when we’re addressing experiences of marginalized people.”

Griffin asks: “Do our students feel like they’ve seen someone like themselves, in whatever way that’s defined, in this curriculum? If not, let’s fix that. It has to be a part of the conversation every year.”

Stephan Blanford, former board member for Seattle Public Schools, says he’d pushed for teacher training long before BLM was much of a concept, but he feels like, “on its face, BLM at School Week is complex and imbalanced.”

“There are many very progressive teachers in Seattle and throughout the state, but not a lot that are skilled in managing the conversation in cases where students who are eager to learn about it, and students that are absolutely opposed to it are all inside of one classroom,” he explains. “That requires specific training, and we have a lot of teachers not well-equipped to manage those conversations.”

Still, Reimergartin says, “Every year this time, this is the most engaged my students are. They tell me this is their favorite thing. They’re all just sharing and connecting, and they’re so interested because it represents them and it’s honest,” she says. “I feel very lucky to teach second-graders.”

White female teachers are intimately linked to a wide range of outcomes critical to black lives. Reimergartin, Clarke, and Griffin know this is true, and they know their positions carry privilege, but also a responsibility to respond to what our society demands today. Vulnerable but brave, these educators are a new breed – leading, with a commitment to learning, while also teaching, and doing it equitably. 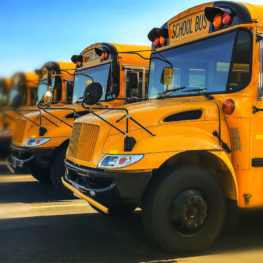 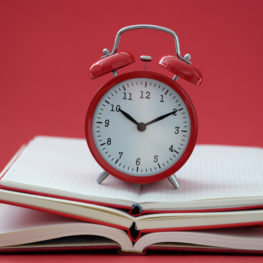 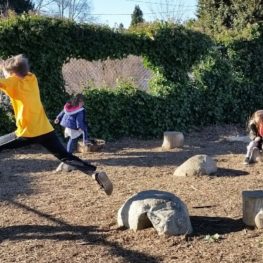