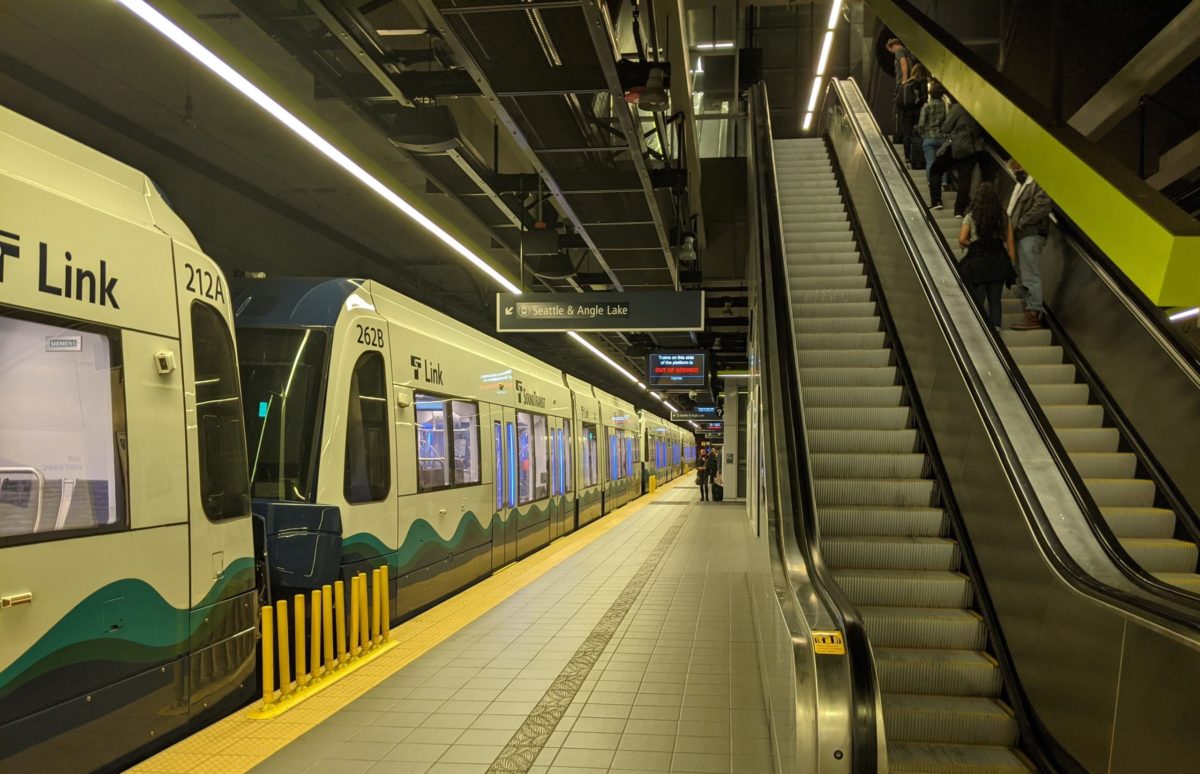 With the system expansion, light-rail trains will run from Northgate clear to Angle Lake, south of SeaTac Airport. (Photos by Jillian O'Connor)

It is a big weekend for transit lovers, as three light-rail new stations open this weekend (Oct. 2). It now runs as far north as Northgate and as far south as Angle Lake (south of Sea-Tac Airport at 200th Street.)

The new stations add 4.3 miles to the route, now known as the 1 Line.

How to join the fun Saturday: 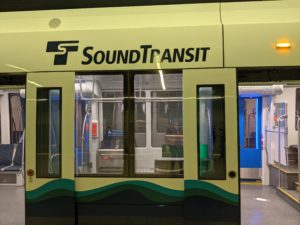 The most dedicated light-rail fans may want to be the first on board. The first southbound train from Northgate is set to depart at 4:51 a.m. Saturday. Trains typically run at least every 15 minutes, more frequently on weekdays.

The new stations have special art installations, selfie stations and more. And this weekend, the neighborhoods around the stations will be celebrating, too:

At Northgate: The new John Lewis Memorial Bridge pedestrian/bike bridge connects the eastside station (and shopping and the new Kraken Community Iceplex) with destinations on the west side of the freeway, such as North Seattle College and the Northwest Hospital campus of UW Medical Center.

Festivities at the bridge run from 10 a.m. to noon, with speakers at the west end, followed by a ribbon cutting and community-led walk, roll and ride toward the light-rail station.

At Roosevelt: Roosevelt Neighborhood Association has planned music and entertainment from 10 a.m. to 4 p.m. at Roosevelt Station. The stage will be at 12th Avenue Northeast and Northeast 66th Street, with music from the Roosevelt High School orchestra, plus zydeco, country, pop and more. In addition, there will be food trucks and a coffee stand.

The RNA website has more, including this great line: “After a dozen or so years of organizing, planning, liasing and looking down a big hole it’s time to celebrate.”

U District: A full-on festival is planned until 8 p.m. around the new U District station at Brooklyn Avenue Northeast and Northeast 43rd Street. It will include performances by local bands and cultural groups, activities, a Kid’s Corner and more. There will be a $3 Food Walk and a beer garden (21+).

Remember: Masks are required on trains and at the festivities.

If you want to make a day of it, traveling the length of the 1 Line can be fun. It is not necessarily the fastest way to get through town, but it’s relaxing and comfortable, and you’ll see a lot. In fact, buy a day pass and hop off at most any station for some fun sightseeing or an adventure.

Pro tip from a South King County resident: As you go further south, a hop-on, hop-off adventure is a bit more challenging. The Tukwila station, for instance, has access to a busy commercial, so you’ll want to be careful walking, especially with kids. There are lots of businesses to explore, though.

The airport station puts you directly onto a walkway into the terminal, and exploring the airport has its limits.

The southern terminus, Angle Lake station, is about a half-mile from the lake and park of the same name, but it’s a walk along busy Pacific Highway South. Another idea: Hop off, look around, grab a snack at a nearby cafe or convenience store, then hop back on. 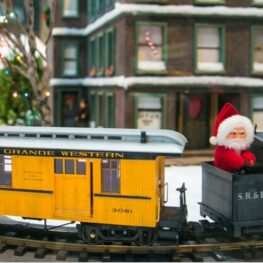