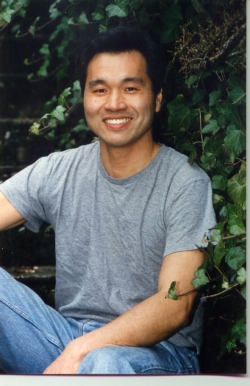 I grew up in a slate-roofed, white clapboard house in Amherst, Massachusetts, on a street lined with hundred-year-old oak trees. It sat on a half-acre lot, and bordered on an old apple orchard and a cornfield. On muggy August days, we perched ourselves on the sofa at the big picture window and watched the thunderheads roll in over the Berkshires. On winter nights, we lay on our bellies in front of the fireplace, watching little sparks creep around the embers like ants with torches. I loved that house.

When I was about 12, my Dad got it into his head that we should move. I’m not sure why.  Maybe he was tired of caring for the big yard, or maybe he just felt restless. In any case, he started looking at the real estate ads and going around to open houses. My brothers and my mother didn’t seem to mind, but the whole thing put me in a panic. I begged him not to go through with it. I’m not sure if my obstinate attachment to our home had anything to do with it, but he eventually dropped the idea. My parents didn’t sell our house until every last one of us had gone off to college, and even then, I mourned when the For Sale sign went up.

This month marks the 20th year I’ve been in my current home. I raised my daughters here, as well as a Labradoodle, two flocks of chickens, and more tomatoes and zucchinis than I can count. When I divorced, I refinanced my mortgage and stretched my budget to the limit so I could stay here and my kids wouldn’t have to move. I’ve been house-poor for years, which means the gutters are sagging, the roof is thick with moss, and the walls are about a decade past when they should have been painted. It’s protected us through storms of every imaginable kind: wind, rain, snow and adolescence. It’s been better to us than we have to it.

Next year, my younger daughter goes off to college, which means this big old house is soon to be a big old empty nest. I look at the peeling paint, the unkempt yard and the dripping gutters, and I know that any sensible person would consider this a perfect opportunity to put this old albatross around someone else’s neck. But I can’t seem to go there. When I walk through the dining room, I still feel the warmth and comfort of a thousand family dinners. In the corner of the living room, I see a parade of Christmas trees. Our kitchen table has a worn spot from all the homework and pie crusts and utility bills that have been hammered out there. This isn’t just a building — it’s a home. It’s our home. And it’s hard to imagine strangers moving through its rooms and halls.

Last year I went back to western Massachusetts for the first time in almost 30 years. On the last day of my trip, I decided to go back to Amherst and have a look around. The whole thing was like stepping into a dream. If you had asked me beforehand what a particular house or tree looked like on a particular corner in my neighborhood, I wouldn’t have been able to tell you.  But when I stood on that corner for real, I was 10 years old again, walking with my brothers to Wildwood Elementary School.

That illusion unraveled when I got to my own house. Except for the yellow paint and some new landscaping, not much had changed, but I had a visceral reaction as I stared at it from the street.  There were kids’ toys in the driveway, and a booster seat in the car in the garage.  I realized that even as I stood there, someone else’s childhood memories were being made, encircled and absorbed by the same walls that once surrounded mine. I had planned on ringing the doorbell and asking if I could have a look inside, but I decided not to. The house I remember — the one that still appears regularly in my dreams — doesn’t exist anymore. This is a different house, and it’s busy laying down new memories in some other kid’s mind, so he can come back to it years from now. But only in his dreams.

I’m not selling my home just yet. I’m reclaiming my older daughter’s room for my exercise equipment. I’m planning my vegetable garden for another year. I’m thinking about adding a few new chickens to the flock. But I will move on eventually, and that’s how it should be. This house was never meant for just one old man. It’s a family house.

And a damn good one, too.

Jeff Lee spends too much time scraping moss off his roof in Seattle. 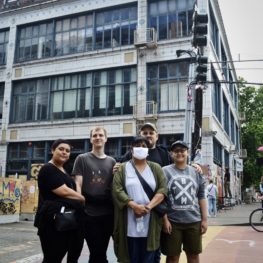