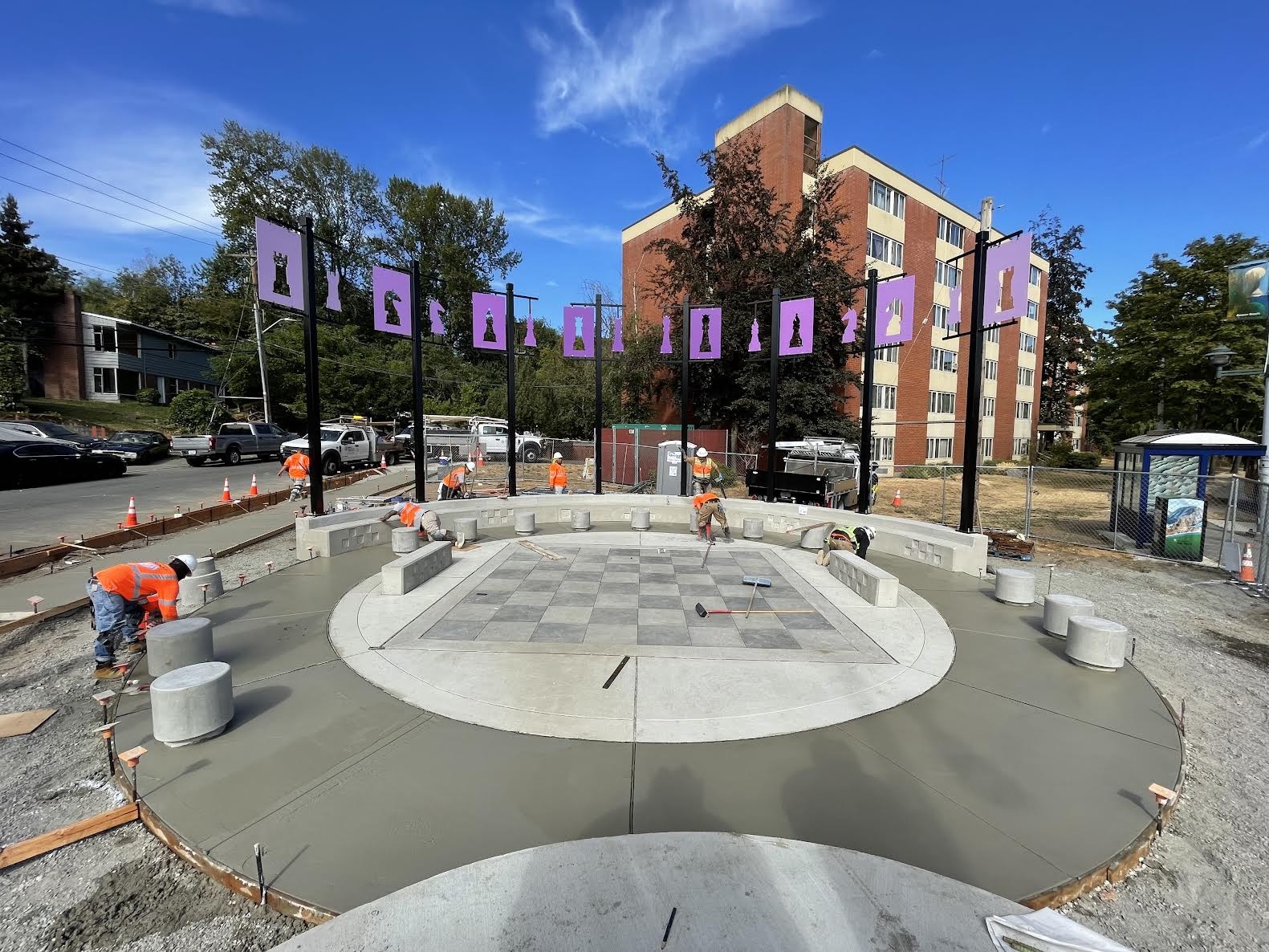 It’s not many law enforcement officers who have a park named after them while they still live and breathe and play chess. Seattle Police Detective Denise “Cookie” Bouldin became the first in this city when  Detective Cookie Chess Park held its grand opening celebration last week.

The park opening is just in time for National Chess Day, which is set for October 8 this year. 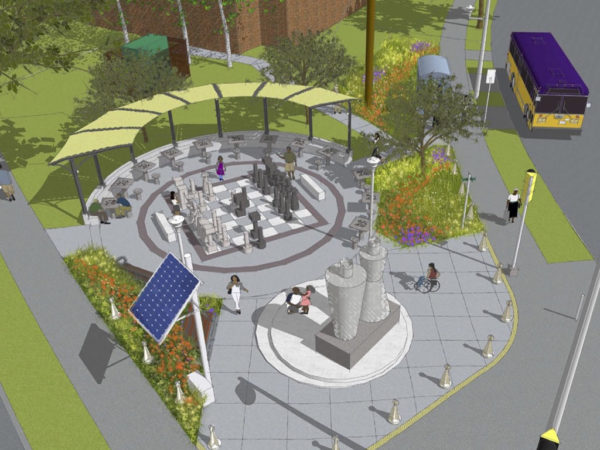 The design schematic for the new park.

The chess park will have 12 permanent chess tables and one giant chess board. Players are encouraged to bring their own chess pieces unless there is a scheduled event or tournament going on.

The grand opening fulfills a longtime community vision and effort to dedicate a park space in honor of the Detective Cookie Chess Club and the detective who launched it more than 15 years ago.

According to the Seattle Parks Foundation, which has supported the new park’s development, Rainier Beach is one of the most ethnically and linguistically diverse neighborhoods in the United States.

A detective who inspires

On its website, the foundation lauds Bouldin for her years of commitment to kids and the game:

Playing chess, Bouldin says, not only helps young brains, it engages youth in their communities, which means they are less likely to engage in crime.

There are also several important developmental benefits to playing chess, one of the oldest games in history (it dates back to at least the 6th century), and playing the game has several benefits for children. Research suggests that chess has several cognitive benefits. It may help to elevate visual memory in children, improve spatial reasoning and increase attention span – an important skill in today’s focus-stunting digital world. Along with promoting critical thinking, chess:

Learning to think ahead

In chess, players have to think forward to be successful. Because the game is based on making a series of decisions, kids learn to evaluate choices and the possible consequences as the game proceeds. In this way, it also gives kids a way to think through life decisions.

As one teen chess player put it: “Playing chess, it was always strategy. You’re thinking ahead, if it’s a good move or not. Life goes the same way, too.”

Bouldin summed up the perks of the game this way: “The whole thing is to get them to concentrate and not move so quickly.

Make the best move, not the quickest

“A lot of times, the kids have a habit, they see something and they go for it. They gotta learn it could be a setup,” she said. “Make the best move, not the quickest move. If you are quick to make a decision, you could lose your queen. In the real community, if you’re quick to be lured into something, to steal; if you’re too quick to do those, there’s going to be consequences. You might end up losing your life or going to jail.”

The chess club meets every Saturday at 12-2 p.m. at the Rainier Beach Pool and Community Center, located 8825 Rainier Ave S. It does not meet on federal holidays and usually takes the months of December or January off. Be sure to check the chess club Facebook page for club updates.

“Detective Cookie’s chess club teaches kids about making good choices, on and off the board”