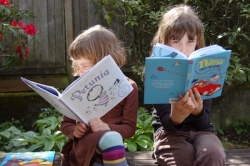 Disney's "Frozen" is here in Seattle on stage, and it's spectacular.

A touring Broadway production of the runaway hit animated film from 2013 (a sequel came out last fall) is playing at Seattle's Paramount Theatre through March 1.

Wondering how all those former "Frozen" lovers, now all grown up (relatively speaking), will view this show? So was I. Mine's 12, and here's what happened:

She saw it in a totally different light. Instead of revering Elsa as "amazing," with her power to freeze everything, she saw Elsa as tormented and struggling with something she didn't want and couldn't control. Like many adults in the audience, my daughter was moved to tears when "Let It Go" closed out the first act.

(About that rendition of "Let It Go." I hate to use an overused word, but … wow. Just wow. It was emotional, yet it was also triumphant — rock-anthem triumphant. It was really powerful and, I'm sure, a great moment for everyone watching.)

The second act opened with what was clearly a nod to us grownups, one of several spots where the play departed a bit from the movie. The resupply trip to Oaken's store became the company number "Hygge," an ode to the Scandinavian concept of coziness. Oaken's jaunty beginning soon saw him joining by "family and friends" pouring out of the sauna, and their silly skinny-dipping antics evolved into a kick-line number. I know, it doesn't make sense; but it worked.

The scenery was stunning throughout, particularly the ice palace and environs that Elsa creates. There also were some cool effects that left us wondering. (How did Elsa fling those snowflakes from her hand?)

Everyone loved Olaf, who was very cleverly staged. (Related: Here's how they brought Sven to life. It's pretty amazing.)

The girls who played young Elsa and Anna were amazing (two girls share each role, appearing in different performances). Also, Arendelle of the stage is a more diverse place than in the movie, which is great.

A few notes for parents wondering about how the stage experience might work for their young "Frozen" fans: Keep in mind things like long bathroom (and concession) lines and high prices for the aforementioned concessions and the tempting "Frozen" merchandise. Booster seats are available, and a good idea, for the littles. Dressing up is absolutely a good idea. There were quite a few adorable Annas and Elsas at our evening show, and I can only imagine that the matinees will be cuteness overload. Run time was just a hair over two hours, and that included the intermission.

One more pro tip: Sure, you know the plot. But read the program anyway. My second perusal revealed the tidbit that the actors who play Elsa (Caroline Bowman) and Hans (Austin Colby) are married. 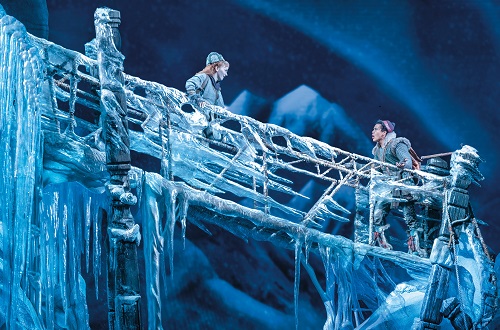