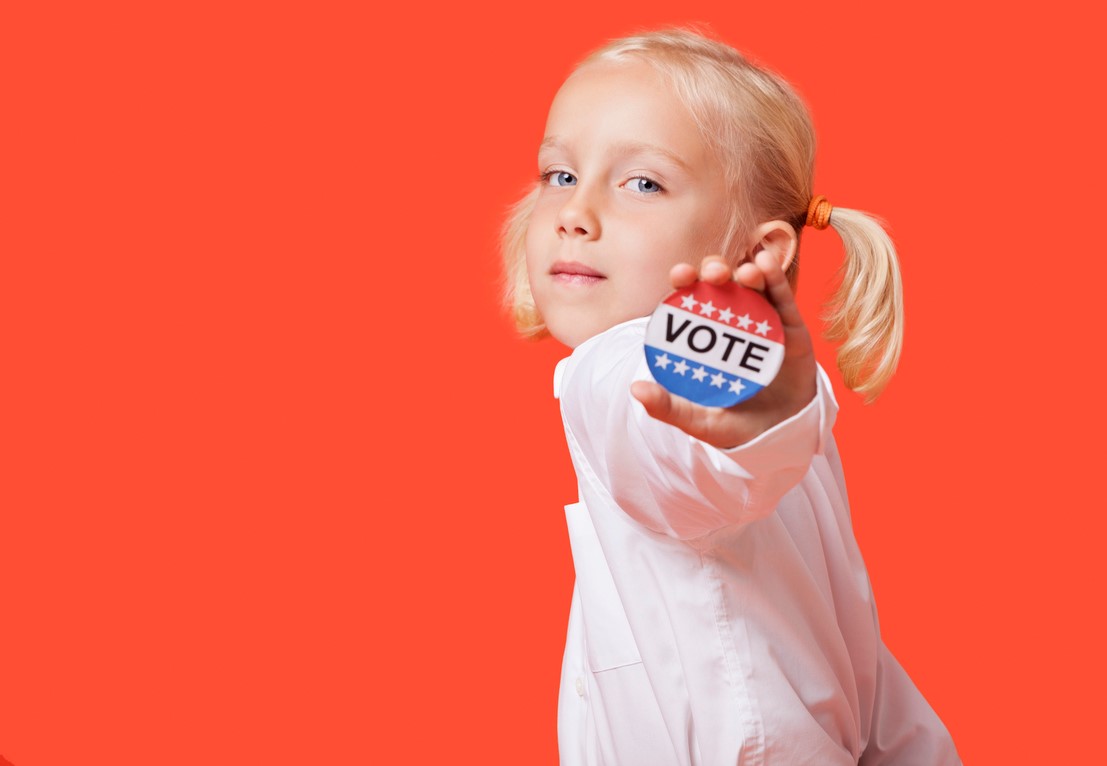 Web Hutchins has spent the past seven years promoting civics education in Seattle Public Schools. This year, Hutchins, a teacher at Ballard High School, is running a mock election, in which all 2,000 or so Ballard High School students debate several of the issues on the King County ballot and then vote on them. In future elections, he hopes to have all Seattle Public Schools students participating, from kindergarten through 12th grade.

So Hutchins knows a thing or two about how teens relate to politics, and why many young adults are hesitant to fill out and mail in a ballot.

His advice for parents hoping to raise responsible voters:

“Talk to your kids about politics,” he says. Find occasions to bring up the subject. If political ads come on the television, if a canvasser comes to your door, if you catch the local news or a cable news network, talk about what is happening and why it matters.

Over at Ballard High School, he sees plenty of evidence that teenagers are capable of passionate engagement with politics. They ask good questions and they dig deep. He came across three freshman boys, meeting before school started, deeply engaged in their argument that soda taxes are regressive taxation.

King County Elections is making the ballots for the mock elections. There will be five spaces: four for ballot initiatives, and one for the U.S. Senate race between Democrat Maria Cantwell and Republican Susan Hutchinson.

He wants to see more kids getting educated on the issues, and younger.

“They want to join the world. They don’t just want to be little outsiders. They want to grow up,” he says.

PBS Kids has a guide on how to talk to your kids about the election.

The American Psychological Association has an article on how to keep your kids informed and reassured during election season.