What’s new about visiting the Burke Museum? Pretty soon, the answer will be “almost everything.”

Not to worry—the dinosaur fossils that kids adore will still have a home at the state museum of natural history and culture, along with its roughly 16 million other artifacts. But basic construction is now complete on the “new Burke,” a 113,000-square-foot museum next door that will replace the current facility.

When the much-bigger new Burke Museum opens for business in 2019, visitors will be able to see treasures that the museum’s never had room or environmental controls to display before, including ancient woven baskets and enormous canoes. There will be new play spaces and hands-on activities, family bathrooms, a nursing room, and a café with indoor-outdoor seating.

A Native American gallery will include rotating contemporary artwork as well as artifacts. Most unusual of all is what they call "turning the museum inside out." Windows in the new galleries will look right into the museum’s research labs and storage spaces, so visitors can see the scientists and other staffers at work.

The current Burke serves about 90,000 schoolchildren yearly in Washington state, between on-site and off-site programs, says Julie Stein, the museum’s executive director. Those numbers are expected to double in the new building.

The current Burke will stay open through Dec. 31. It’s now featuring a kid-friendly, hands-on display providing some idea what to expect in the new building, along with details on how archivists are packing up the massive collection. Even for a short walk, it takes a lot of training and planning to transport priceless artifacts that might be thousands of years old or weigh hundreds of pounds.

The exhibit, titled “Testing, Testing 1-2-3: Work In Progress,” also lets viewers look through windows into work spaces the way that they will at the new museum. Most recently, a whiteboard sign explained that viewers were watching preparation work on “post-cranial (beyond the skull) bones” from the massive Tyrannosaurus Rex that Burke paleontologists discovered in Montana in 2016.  Kids and adults alike were glued to the sight. No surprise. You could probably build an entire permanent museum around nothing but the vision of scientists cleaning T-Rex bones.

If you go, take a glance even now at the exterior of the new building with its tall, slim windows and sustainable wood siding, meant to evoke the firs and cedars that are so important to the Northwest. The simple structure and “shed-style” roof following the property’s slope were intended as a tribute to Coast Salish structures. It has two main entrances, one accessible from the parking lot, the other one 15-feet lower on the street side, aimed at pedestrians expected to stream in from the light rail station under construction less than two blocks away.

The most common question from members, Stein said, was whether the 18th century wood panels in the old (now-closed) café will be moved to the new building. The answer: Yes. And the madrona tree that was removed from the parking lot for construction was planked and was built into the new entrance.

The area by the parking lot entrance will be reworked with native plantings, including a meadow of camas, a flowering bulb that Native American people relied on for food. The museum has a Native American Advisory Board, which the exhibit says is a vital to its planning.

Archivists and researchers had their own pressing needs for the new space, like better climate control, more freezer space (freezing is a common way to rid artifacts of pests), collection storage space, and better-equipped labs that, for instance, can safely accommodate dissolving rocks in hydrofluoric acid.

Visitor critiques about the old building, which has housed the museum since 1962, were that it was dark, cramped, and hard to navigate, said Stein. The architectural charge for the new Burke was to be spacious, filled with light, and laid out so that visitors could easily orient themselves.

Artifacts will hang from the roughly 18-foot-high ceilings, and a totem pole will extend from the first to the second story.

“Imagine the plesiosaur up there,” Stein said, pointing toward the staircase. Another spot will hold the articulated whale skeleton, another is meant for the mastodon.

In just another year or so, we won’t have to imagine.

Where: The Burke Museum is located at the corner of 17th Avenue NE and NE 45th Street on the University of Washington campus.

Note: Free admission the first Thursday of each month, when the museum is also open until 8 p.m. 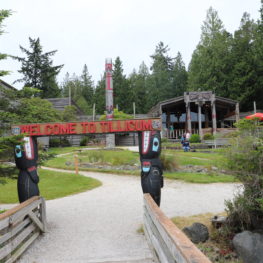 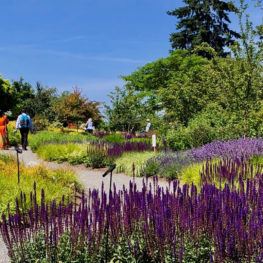 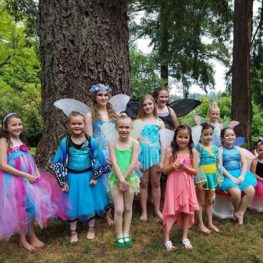