When going on vacation, a woman I know would take separate airplane flights from her husband, fearing that if the plane crashed, their daughter would be instantly orphaned. But when it came to driving on Interstate 5 — a statistically much riskier behavior — they hopped into the car without hesitation.

Humans, even us ultra-mindful parents, are mediocre at judging risk.

That’s because in our complicated modern world, nobody is smart or fast enough to evaluate all the factors related to a potential risk, says Andrew Maynard, director of the Risk Innovation Lab at Arizona State University. “We make a snap decision, based on our instinct and who we trust, and what we’re hearing from other people.”

That means we end up fearing things we rationally should not, including vaccines, germs and certain foods and diets, Maynard says. And we can wind up underappreciating the risk of things that are truly dangerous: smoking around kids, texting and driving, and exposure to household chemicals such as lead.

“Our evolution has led to our brains being such that we make shortcuts” when deciding what is going to be safe and what isn’t, Maynard says. Why? Because when our more primitive ancestors were confronted by a dangerous predator, they didn’t have time to contemplate different actions; they had to get moving.

So what’s a thinking mom or dad to do in the 21st century?

“Most importantly, find your trusted sources and make sure it’s more than one source, and don’t completely believe anybody,” Maynard says. “Be wary of going with trusted sources that just reaffirm your own fears. They’re just going to tell you what you want to hear.”

Maynard has a series of funny, informative whiteboard cartoons tackling the safety of BPA and sunscreens with nano-ingredients, and answering questions including “How much pee could you end up swallowing while swimming?” and “Should pregnant women avoid using shower gel?” 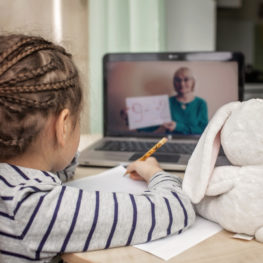 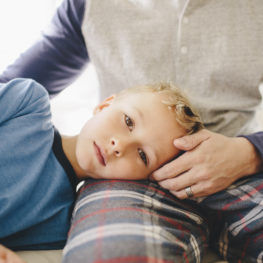