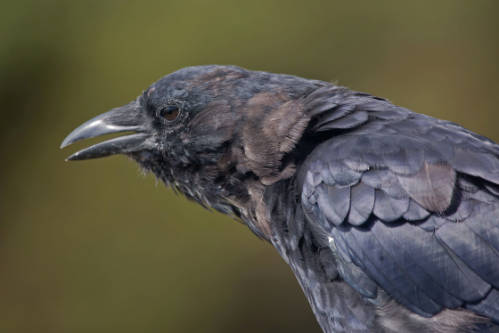 Guide to animals and birds you can find at (or near) home: Our yards are home to some fascinating creatures, and early spring is a great time to watch them. It’s a great time find a fat earthworm, see birds building their nests, watch a queen bumblebee drink from a dandelion, or find warring armies of ants. Just remember to sit still from time to time, and look and listen.

Over the winter, crows come to the city during the day, but fly away at dusk to their night roosts across Lake Washington. These days, more of them are staying in the city overnight, as pairs of adult crows set up their nests. You might see one flying by with a stick, or a piece of string. Crows are very intelligent, and make more than 20 different kinds of calls as they communicate with one another. Here are some of them. If a predator comes in to the neighborhood, such as a raccoon, a hawk or an eagle, expect the crows to make lots of noise, and to call other crows nearby to chase the intruder away.

Here’s our guide to animals and birds to look for this spring: 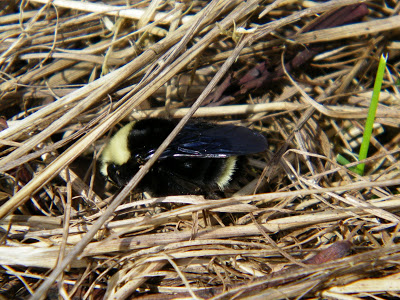 This time of year, queen bumblebees crawl out of their underground burrows, where they have been hibernating, and cruise around, getting nectar and pollen. They build little hives in places like woodpecker holes, and keep their larvae warm by nestling next to them and vibrating their muscles. When those larvae grow up, the queen will stay in her hive, and her babies will gather nectar and pollen and look after her. There are several kinds of bumblebees in Seattle, but the most likely one to see in a typical backyard is the yellow-faced bumblebee. 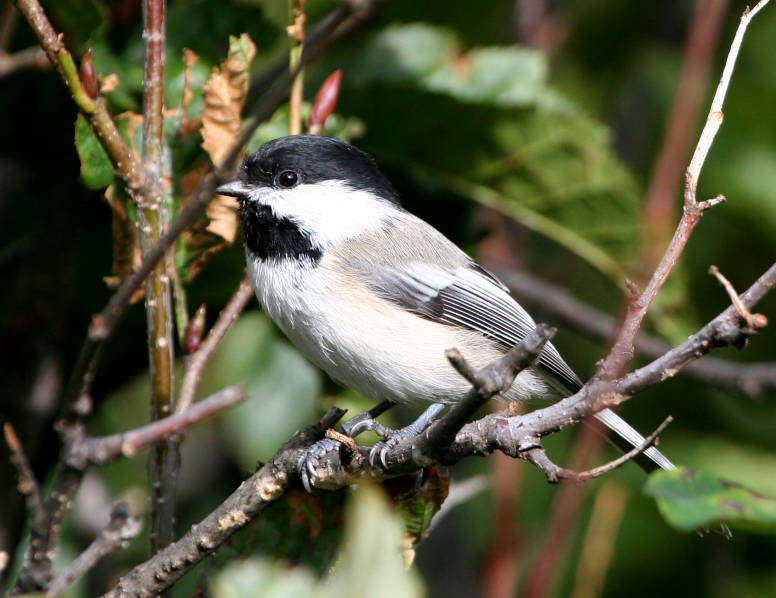 Chickadees nest in woodpecker holes or sometimes nest boxes. They dart around leaves and branches eating bugs much of the time, but they’ll also load up on seeds at a bird feeder if you have one. Their call sounds kind of like their name: “Chickadee-dee-dee.” They’ll add more “dees” if they are nervous. There are two kinds of chickadees that make Seattle their home: black-capped chickadees and chestnut-backed chickadees. 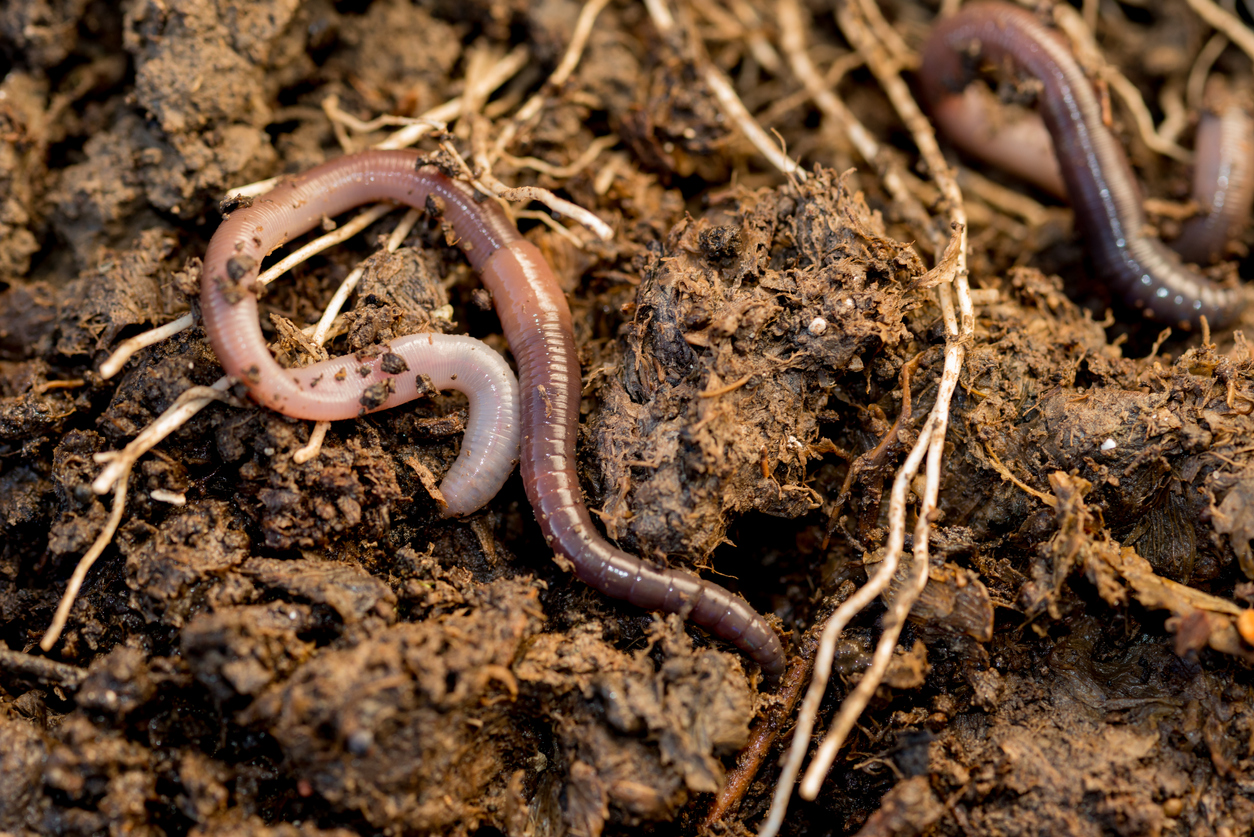 As earthworms move their bodies through the soil, they eat the dirt, grind it up, digest food from it and then poop it out. If you look at a big earthworm you can see what looks like a band around it. That’s where the sex organs are. Earthworms are hermaphrodites: male and female at the same time. If it rains hard, earthworms will come to the surface, particularly at night. Sometimes it’s to mate, but sometimes it’s just because the rain makes it possible to get from place to place without drying out, and they can move faster above ground.

The male robin is one of the first birds to sing in the morning and the last to sing at night. He sings to attract females and announce his territory to other males. Females make nests, usually in a tree or bush, but sometimes in a planter or somewhere else. She lays three or four beautiful blue eggs, and sits on them for about 12 days while the male stands guard. When the eggs hatch, both parents feed the babies. It takes a lot of worms. Here’s what a robin sounds like.

Cabbage white butterflies spend the winter as a chrysalis and emerge in the spring to flutter around in search of young plants of the cabbage family to lay eggs on. They’ll lay oval yellow eggs under the leaves. The leaves will hatch to become small green caterpillars with big appetites for cabbage (or kale or broccoli or cauliflower …). 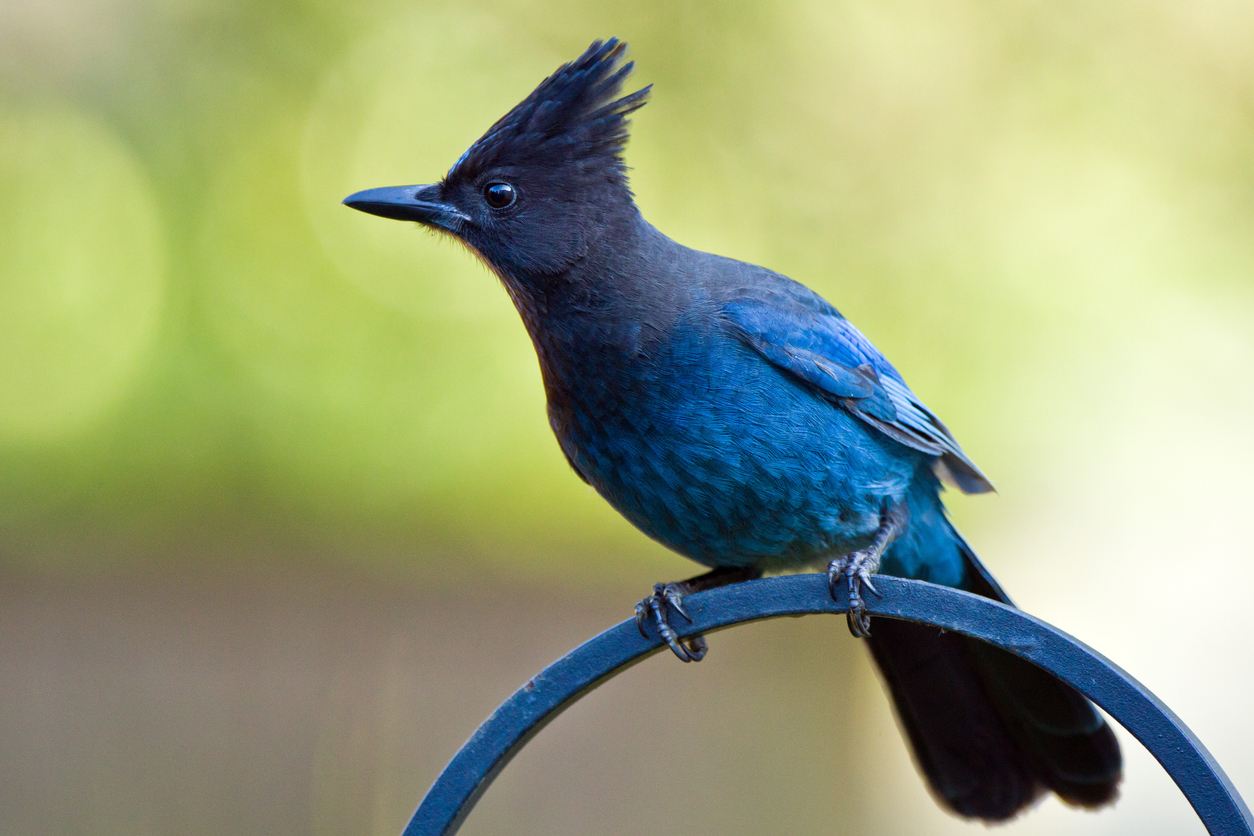 Jays are closely related to crows and have a lot in common with them. They are noisy, and have a lot of different calls. They are intelligent and curious. They form very strong pair bonds, and if an intruder such as a hawk threatens their territory, they’ll join crows to make a big squawking mob. Seattle is lucky enough to have two kinds of jays: the Steller’s Jay and the California Scrub Jay. 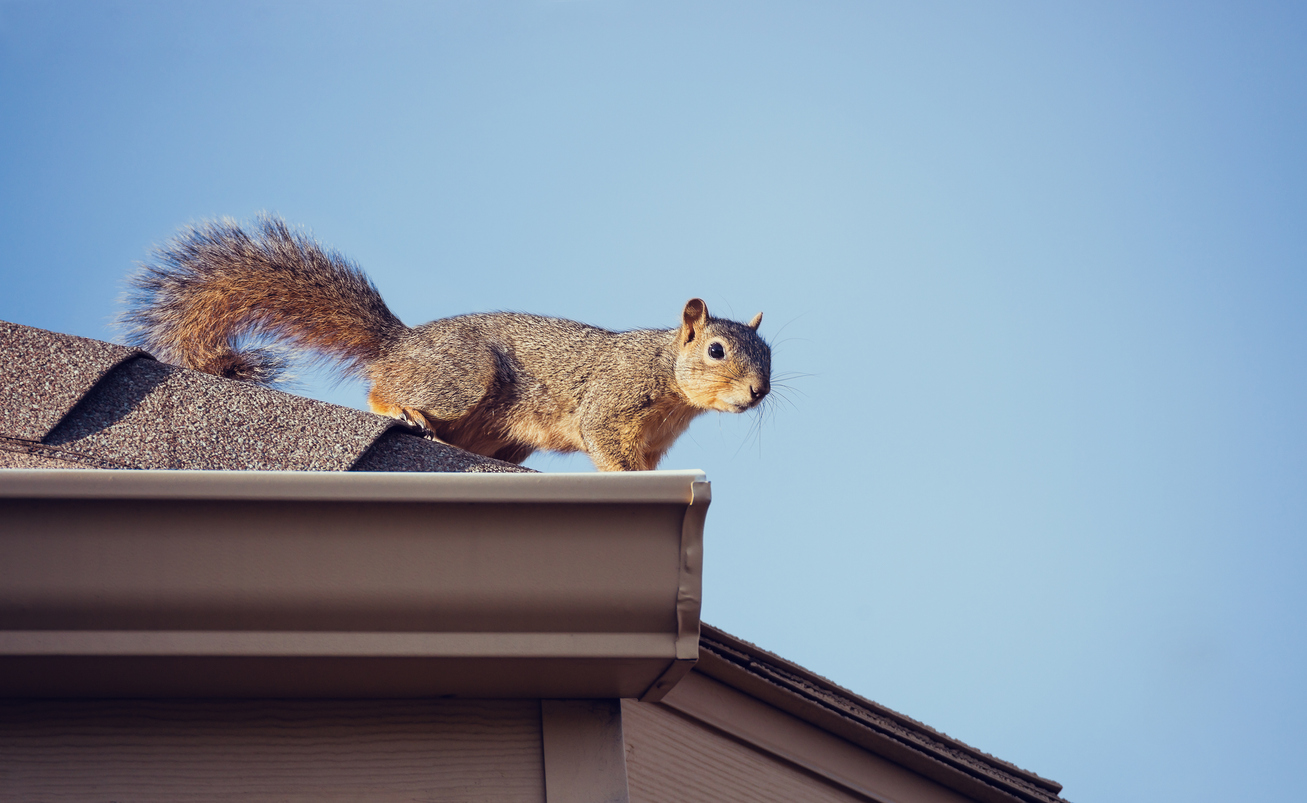 These animals aren’t actually native to the Pacific Northwest. We have them in our cities because in the 1800s, people who moved here from the East Coast missed these animals, and wanted them around to feed and sometimes keep as pets. They build big round nests out of leaves in the branches of trees, but they prefer to raise their young in holes dead trees. Here are some of their most common sounds. They also signal each other by twitching their tails. 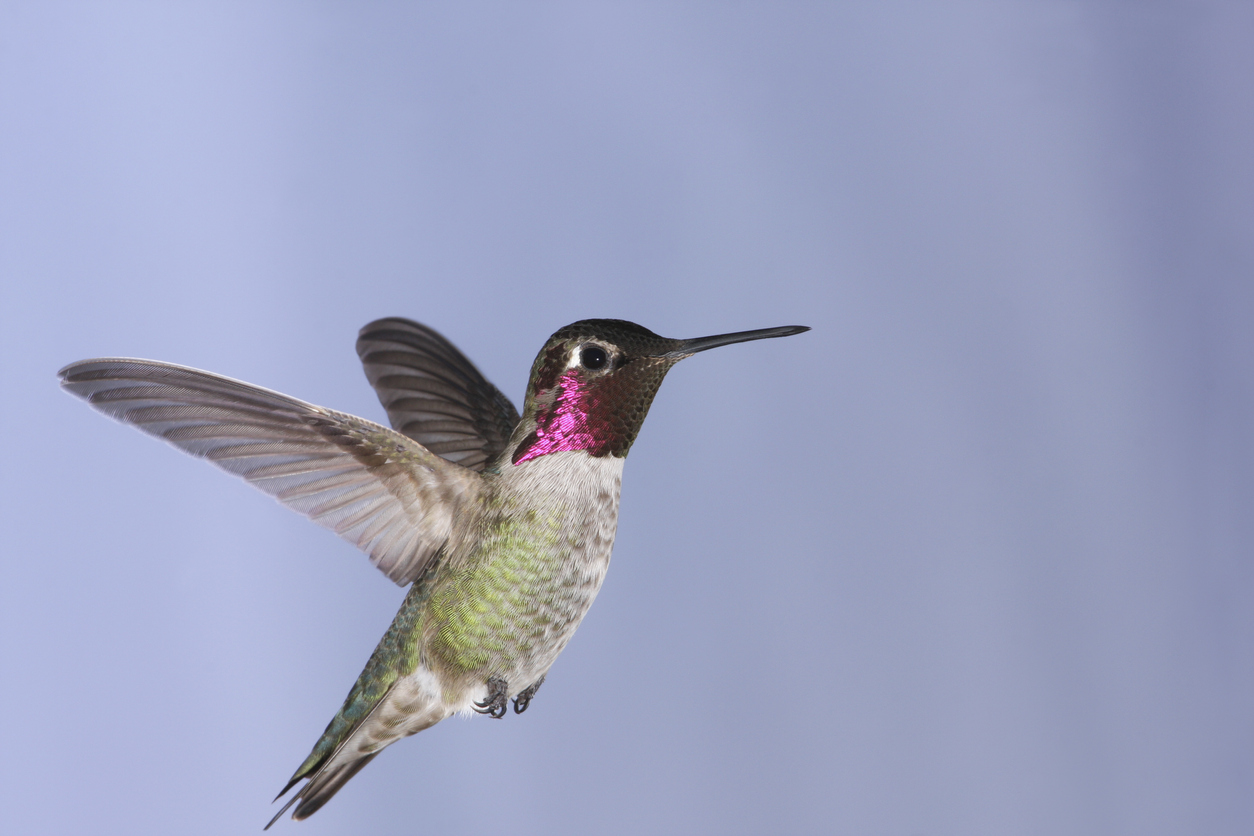 If you have blossoms or flowers, particularly red ones, then your yard will get visits from hummingbirds. They are very territorial, so they’ll often chase each other away from prime feeding spots. Adult males – the ones with the biggest patches of shiny hot pink on the face and neck – chase away females and younger birds. In springtime, while they are wooing females and fighting off rival males, adult male hummingbirds will do display flights, rising very high and then diving down. Anna’s hummingbird sounds. 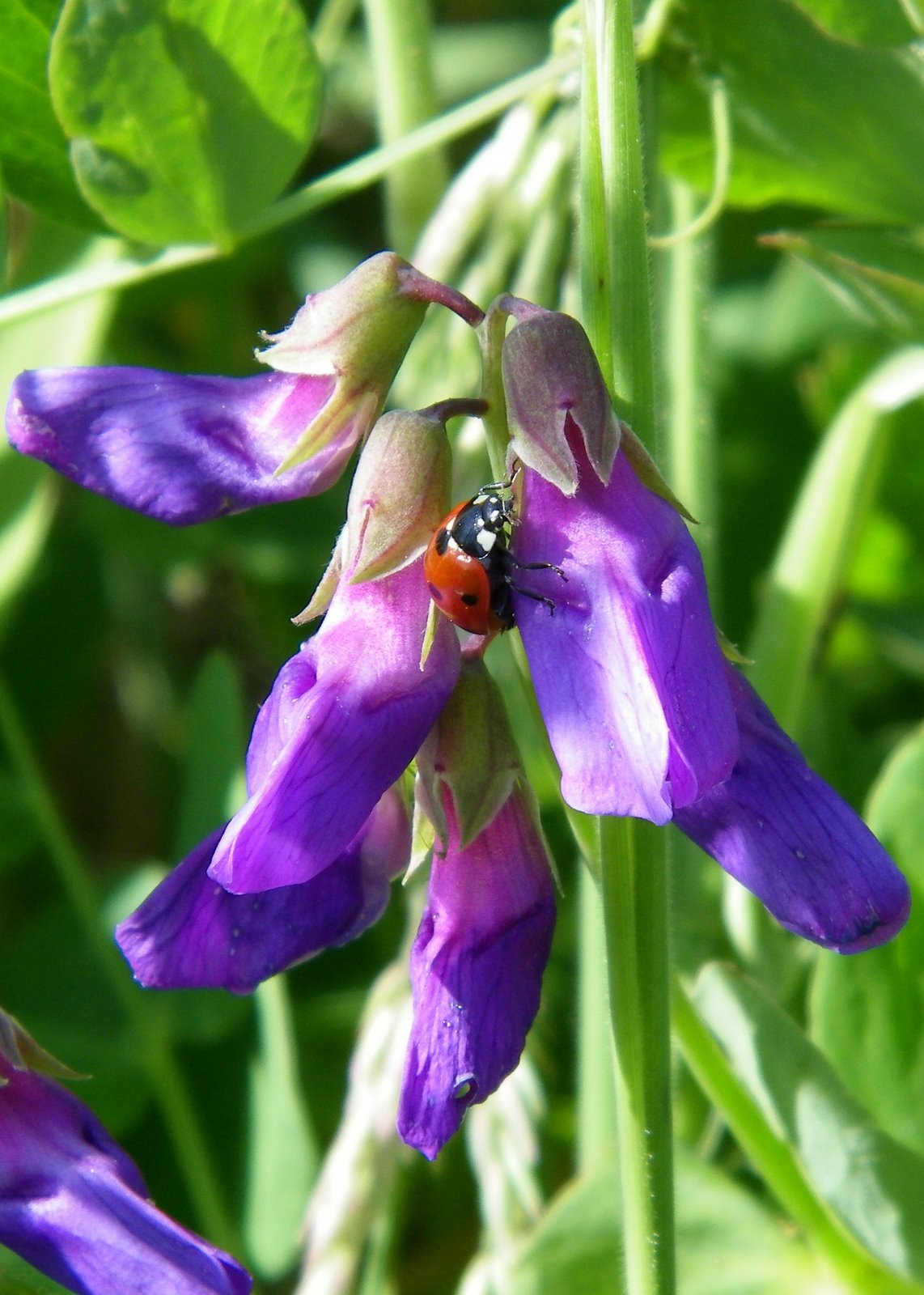 Ladybugs come out of hibernation in spring. They are carnivores with an appetite for aphids, which are tiny insects that eat plants. This time of year, ladybugs lay eggs somewhere where there are lots of aphids, so that when they hatch, the larvae will have something to eat. 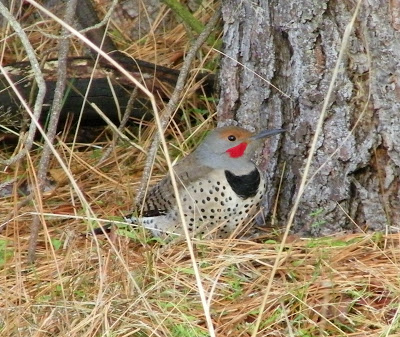 The Northern Flicker is a woodpecker with a huge appetite for ants. It’s a very striking bird: red under its wings and tail, speckled above and with a breast covered in polka dots. Each dot is on a single feather. Flickers are very noisy, especially in the spring, when males give loud cackling calls and drum on whatever is available. They love to drum on metal chimneys. Northern Flicker sounds. 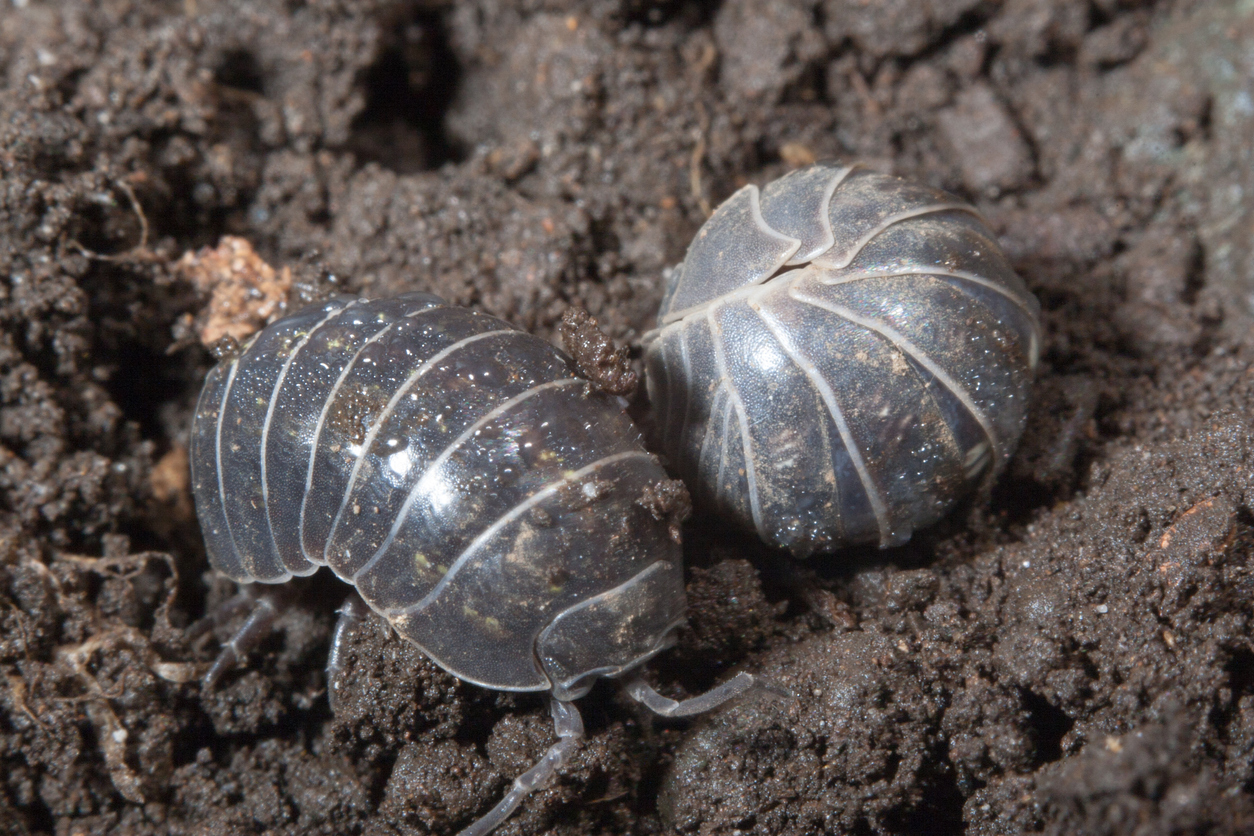 Pill bugs are not really bugs, but isopods, a kind of crustacean. They have two pairs of antennae, 14 legs, and seven plates on their backs. If threatened, they can roll into little balls, with the legs inside and the plates outside. They go by a lot of different names, depending where you are. People from Seattle tend to call them potato bugs or roly-polies. People from British Columbia call them wood lice. The next time you talk to a relative who comes from out of state, ask what they call these animals. 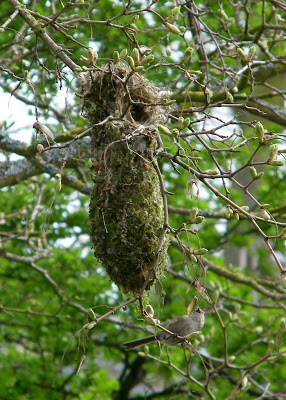 In the springtime, these male and female bushtits work together to build an amazing nest. It dangles from a tree branch like an old, misshapen sock. They make it out of moss, grasses and other plant material, stuck together with spiderwebs. The entrance is at the top, and the eggs are in the soft warm area at the bottom. Later, when the babies are growing, you can see mama and papa bush tit dart inside with food and cause the whole nest to shake. Bush tit sounds. 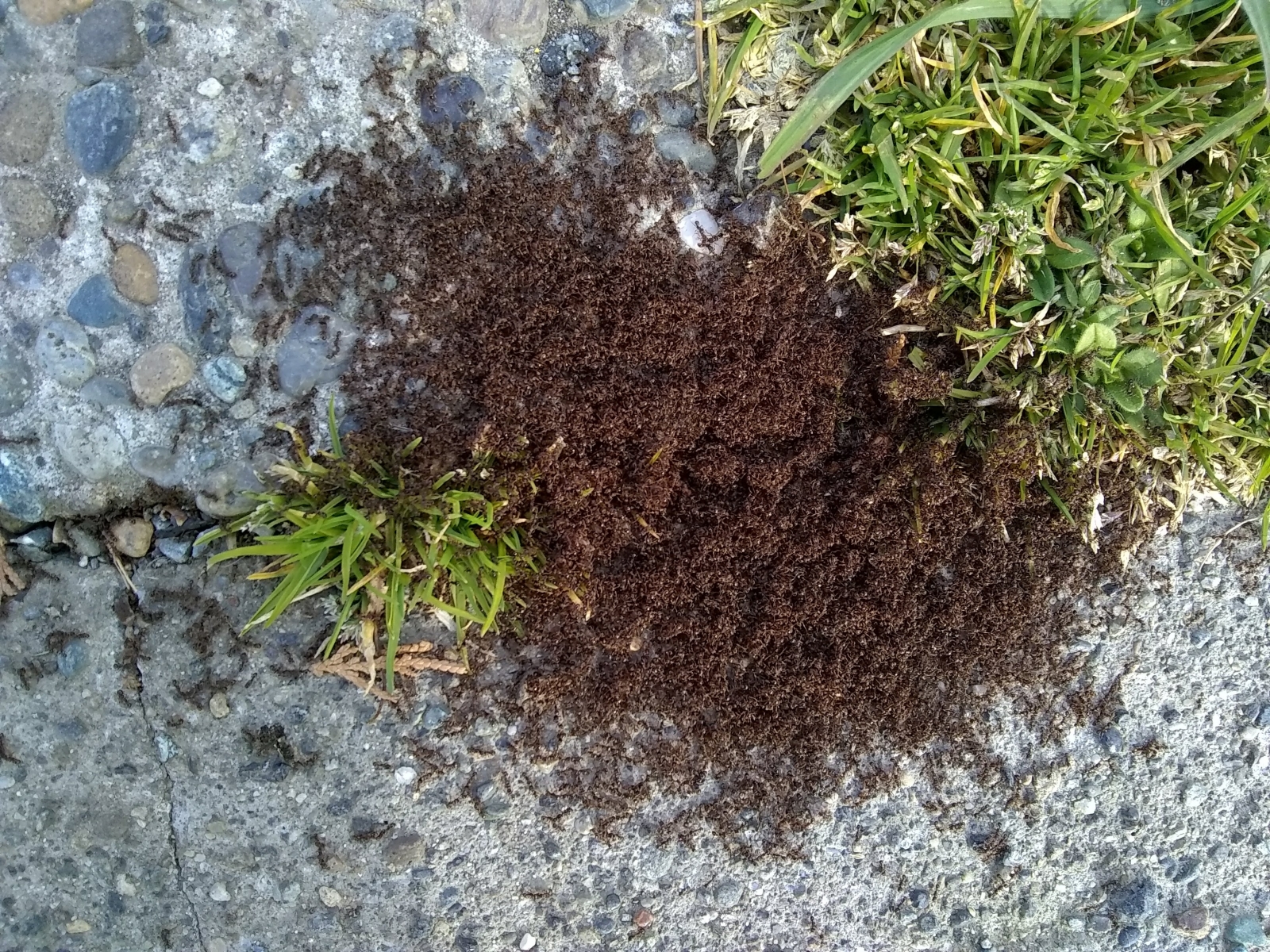 As the weather warms up, you’ll spot them. From a distance, it looks like a brown velvety patch covering a crack in the sidewalk. Up close, it’s a war zone. Throughout the year, these ants live in underground nests, and we seldom notice them, but on sunny days in spring, armies of them will come to the surface to fight ants from other nests for new territory. Sometimes, a northern flicker will swoop down and have a big meal of them.

If you enjoyed this guide to animals and birds, read also: How to get your kids started in backyard birding

Fiona Cohen is the author of Curious Kids Nature Guide.