Just a few years back, "kid-friendly" cookbooks could have been shelved as logically with crafts or psychology as with food. With a few lonely exceptions, they treated children's eating habits as a separate, alien culture where sandwiches had to be cut into cute shapes, spinach was to be hidden in brownies, and anthropologists studying the leftovers would never have guessed the kids and parents had been eating in the same house.

Now, as adults are reclaiming more kitchen skills, the kid cookbooks are growing up with them. Seattle author Matthew Amster-Burton is leading that pack with his Hungry Monkey: A Food-Loving Father's Quest to Raise an Adventurous Eater, a funny, practical, and very honest guide to preparing food that adults will enjoy as much as kids do.

The book landed Amster-Burton and daughter Iris on CBS News' "The Early Show" and NPR's "Morning Edition" and won him a spot in Best Food Writing 2009.

​Amster-Burton, a food writer with a taste for Thai food and sushi, doesn't live in a culinary ivory tower. Sure, daughter Iris eats catfish cakes and can make her own potstickers – but she's also wary of vegetables and fond of Crunchberries. Amster-Burton (who finds nothing wrong with frozen hash browns or bagged salad greens) talked with us about managing expectations, compromising and having fun in the kitchen. For more from Amster-Burton, check out iTunes for Spilled Milk, one of the country's top-rated food podcasts, which he co-hosts with writer Molly Wizenberg.

SC: Before Iris was born, did you have expectations about how she would eat?

Amster-Burton: Kind of. I had visions based on crude stereotypes about how children eat. I think I had the standard food-loving guy vision that "If I do the right things, my kid won't like dumbed-down kid food, my kid will like real food!"

But that's how it turned out, right?

It's kind of how it turned out, and I think I had far less control over the process than I thought I would. That goes not just for food, but for every aspect of parenting.

How different is it feeding Iris now, as kid, versus as a toddler?

In some ways it's more fun feeding her now, and in some ways it's less fun. It's less fun because her tastes have kind of matured, and there isn't so much of the discovery aspect anymore, "Will she like this?"… It's not so much the mad scientist in the food lab anymore. But it's more fun because, working from what we each know about the others likes and dislikes, we can kind of go exploring together.

Is it important to involve kids in cooking. Does it influence how much "real food" they'll eat?

If you think that's something you and your kid will enjoy doing together, it's a great thing to do together. I think if you go into it with the idea, "If I invite them into the kitchen, if I invite them to grow a garden with me, it will increase the range of foods they eat," they will be on to you in a second.

What do you do for the dreaded school lunch bag?

Lunches are really tricky. Iris's lunches are very stereotypical and boring, ham sandwiches, peanut butter sandwiches … apple slices or fruit roll, Goldfish crackers or Triscuits … It's hard for me as a food guy, because I would not be happy having the same lunch every day. I like to take myself out for lunch, I like to try new things at lunch. It's my least conservative meal. And that's not true for kids; it's their most conservative meal. They have other things they want to be doing at lunch, like talking to their friends. It requires me to get outside myself, and say, "Even though it wasn't what I would like, it's OK for Iris to like it that way."

Does Iris get to choose what you eat at meals?

Yes, and I love it. My least favorite thing about cooking is deciding what to make, there are too many different things to choose from … To that end, we've instituted a pick of the week system where (wife) Laurie and Iris each get a pick of the week, and if they want to take more than one, that's fine too. Homemade Chinese dumplings have always been a favorite, sukiyaki is one of her most popular picks lately. Chicken teriyaki we like making at home, which I guess seems kind of silly, because it's sold everywhere, but it's fun to make it at home. I don't want to overstate this, but I think it gives Iris a measure of control. She has total control over one dinner a week and is less likely to feel she has to exert excessive control the rest of the week.

Any advice for parents whose kids won't eat any vegetables, or anything healthy?

My advice is, don't worry about it. I don't think there's any evidence this is a health problem. There are two different aspects to picky eating that parents worry about: There's the health issue, which I just don't worry about, and I think there's good evidence it's not a problem … On the other hand, it sure is annoying when they won't eat anything you like, and they throw a tantrum at dinnertime, and I don't want to minimize that aspect at all; it certainly annoys me too. The only thing I've been able to figure out is to try and plow that middle ground, and try to serve food that will make the whole family happy.

How do you avoid cooking different meals for the adults and kids when your tastes don't overlap?

First of all, by having only one child. I just know for sure if we had another one, the other one would have completely different tastes from Iris and me and Laurie, and then I would throw up my hands and be a short-order cook … Stir-frying is one way I approach it. If I make a stir-fry with vegetables and chicken and rice, I know Iris will eat chicken and rice – and maybe a vegetable if I'm not looking – but she won't throw a tantrum if there's a vegetable near the chicken, which some children will. Also, by (making dishes) that appeal to me and Iris equally. I have a couple of chapters in the book about taking classic kid foods like meatballs and chicken strips and mac ‘n cheese and doing them in ways that don't drive me crazy.

You're not extremely restrictive when it comes to allowing dessert, right?

I don't advocate giving kids free run of sweets and desserts in the same way that I don't really advocate giving kids free run of food in general. I'm totally lifting this from Ellyn Satter's book (Child of Mine), but my job is to decide what's going to be served and when, and it's Iris's job to decide if she's going to eat it and how much she's going to eat of it … I like to eat sugar, I like to eat sweets, and Iris does too. For me to take (an overly) restrictive approach on that would be hypocritical on the one hand, and ineffective on the other hand. She's in school now; she has plenty of other ways she can get it. (Besides), sharing sweets with your kid is a guaranteed father-daughter bonding experience.

You were a picky eater yourself as a kid, right?

Totally. Much more so than Iris has ever been.

Should that give parents hope?

There's not much of a correlation between picky-eating kids and whether they are picky eaters as adults … The thing you hear over and over again, if you reading parenting magazines, is, "If your kid is a picky eater, you need to nip this in the bud now, because it's a bad habit that will travel with them for life and affect their health." This is such a crock… People's tastes continue to change, and the most important formative time for people's taste, I believe, is when they move out of their parents' house. It was certainly the case with me, and the case for everyone I went to college with, all of whom were discovering the salad bar for the first time. You look around at your social situation; you take your cues from that. You don't have your parents looking over your shoulder to see what you are and aren't eating anymore, and that is profoundly liberating.

Other cookbooks to try

The River Cottage Family Cookbook by Hugh Fearnley-Whittingstall and Fizz Carr (Ten Speed Press, $32.50): A farm kid would be proud to get this introduction to cooking, which lays out practical, matter-of-fact instructions on making your own pie crust, pasta noodles, mayonnaise and even bacon (set aside a week for the last project, but it's surprisingly basic). Adventurous tweens will love taking on yeast bread and homemade ice cream, while little ones can try fresh lemonade and a strawberry "fool" of mashed berries and whipped cream. Aimed at ages 10 and up, but the food is good enough to win fans of all ages.

The Silver Spoon for Children adapted by Amanda Grant (Phaidon, $19.95): This children's version of the classic book known as Italy's Joy of Cooking mixes techniques like basic knife skills with whimsical illustrations, a touch of history and simplified classics. Supervised middle-schoolers will enjoy dishes like real gnocchi, a swirled marble cake and – of course – basic pizza dough.

Baking Kids Love by Cindy Mushet (Andrews McMeel, $20): Mushet, a well-regarded baker and pastry chef, stretches expectations here for what most adults expect kids to accomplish in the kitchen. Straightforward directions lead them through meringues and cinnamon rolls as well as standard cookies and cupcakes. It's not pie in the sky: The joyously colorful cake on the front cover, spilling over with sprinkles and frosting, was made by Mushet's own 11-year-old and her friends, not a food stylist.

Rebekah Denn is a food writer and mother of three.

Editor's note: This article was originally published in September 2010. 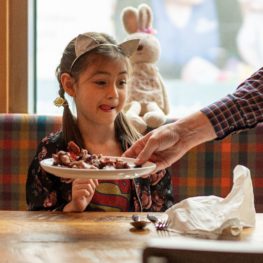 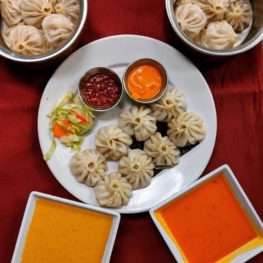 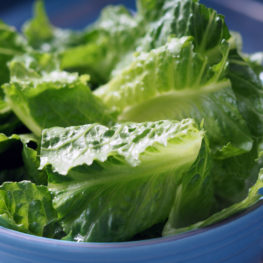