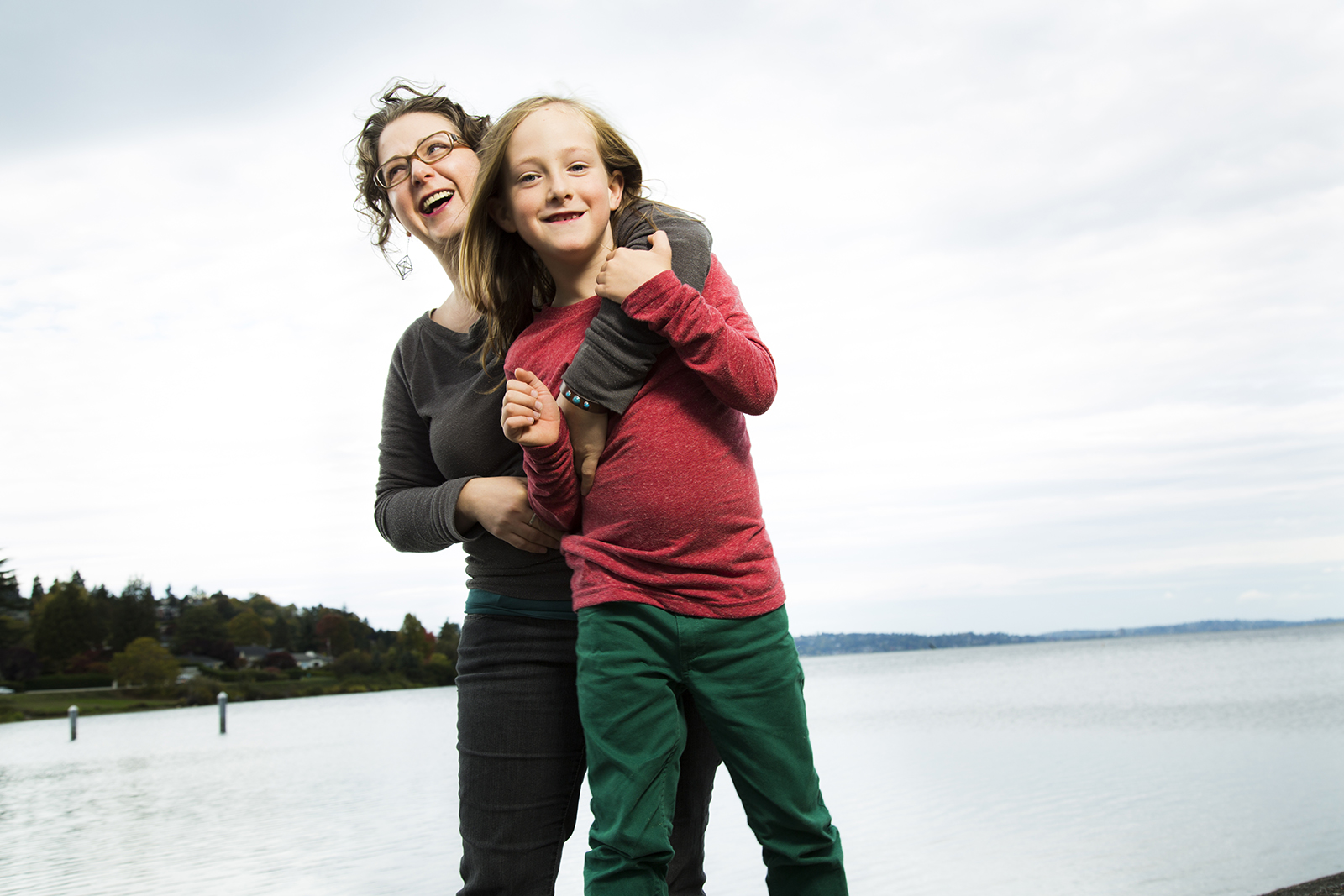 Arguing with your kid while standing in a wetsuit is like dumping 39 years’ worth of dirty laundry onto a boat ramp for a bunch of tanned, twentysomething marine biology students to witness.

My 8-year-old son and I are suited up. His narrow body moves comfortably, while the neoprene rubber gathers my rounded belly and shapely bits into pillowed lumps, my arms slightly aloft where the stiff material webs at my armpits. The students, just in from a swim, stretch out on towels, apply sunblock to their tanned skin, and look down or to the side, anywhere but the scene of the fight.

My boyfriend Josh and his two kids are in the water off Southern California’s Catalina Island. His kids are already plopped face-down, exploring, their snorkels cutting the surface, while my kid sets his heels into the shore, folds his arms, cries and yells, and flares his nostrils like a bull.

“Just let him stay. He’s fine,” Josh calls from the water. He moves farther out and waves me in with both hands.

I turn to my son again.

I set my jaw, close my eyes, and inhale through my nose. My stomach muscles contract. Huff out the exhale.

“We’ll be together. You can hold my hand the whole time. I won’t let go,” I say with the exhaustion of repetition. I’m trying to be more patient. Even though his dad and I divorced when my son was still an infant, he’d always stayed with him a couple of times a month until the beginning of this year when his dad moved out of state without telling anyone, carving a hole in the cavity of our son’s chest.

My son throws down his mask, hugs his arms tighter, raises his right leg and stomps.

After a rushed round of mindful breathing, I walk backward by inches. The warm ocean water laps over the heel of my flippers and flitters around my toes, the soles of my rough feet. Without my glasses on, the rocks and my son and the sunbathing students blur to indiscriminate shapes, just as the concrete ramp seems to soften as it turns slick from strands of green algae. The ocean rushes in through an undetected tear across the left knee of my borrowed suit, filling it with water and air bubbles as I adjust my mask, insert the snorkel’s plastic mouthpiece, and flip onto my belly.

My face breaks the surface, and I know why my son is afraid. During those first few underwater breaths, when the pressure rearranges in my chest and head and the sound of my own breath through the spiral tube fills my ears, I experience something akin to panic, my body and mind uncertain and afraid. I talk myself through it, push past the decades of failures and anxieties that flood my mind. As I float, prostrate and gazing around, I ease into a different view. In the vastness of the ocean, even in this protected cove, my presence is small. And if I’ve learned nothing else from raising a kid, from the past 7½ years of single parenting, it’s that life is made up of the small, ordinary things that are easy to miss. I settle into the rhythm of my breathing and wish my son were next to me. I want him to know he’ll always be more than the ache that’s eddying inside his small body.

And it’s not just the strange breathing. I know the other reason he’s afraid, why his heels are dug into the land, why he’ll stand in one place looking out the entire time, his eyes scanning the surface and trained on my bobbing rubber form, watching me with his arms folded. A few strong outbound strokes, now 20 feet from the shore and still in shallow water, I spot the first shark. Then another and another and another, until it seems the entire shiver, as they’re collectively called, is switching back and forth in an elongated series of “S” shapes above the width of the submerged boat ramp, their tawny, spotted, seven-finned bodies taking a sharp, hooked turn at the edge where concrete meets seabed.

I’d swum through this formation earlier in the summer when I was here without my son. I’d even Wiki-verified that the leopard shark is harmless to humans, with only one known attack on a man in 1955 that resulted in a bloody nose, and that they forage the sandy bottom for clams and rays and fat innkeeper worms. But they look like … sharks. Slender-bodied and finned, round-snouted, glassy-eyed, primitive, predatory beings that evolved before the dinosaurs and existed on earth before the first insects. The reptilian part of my brain quakes and shudders.

On the other side of the sharks, Josh waits. I paddle over. He takes my hand. Relief buoys me as much as the suit’s pockets of nitrogen gas do. His kids kick their legs and swim toward me. They point to fish, hold my arm, and hitch a ride over to the seagrass. The water is warm, sparkling, crystalline. Kelp reaches skyward and sways with the waves, an anemone clings to the submerged walls of a cave, sea hares graze on the ocean floor, and in deeper water a bat ray rests on the sandy bottom, the tips of its wings curling as it takes flight and glides toward me.

Heading back to land, I have to cross the shark patrol line again. I know they’ll swing their tails and scatter, giving me a wide berth, but I stop paddling my arms. The wetsuit holds me at the surface. My body gently rocks with the waves. I let go. Mothers. We think our bodies will keep our babies safe from the world at large — from heartbreak, violence, forgetting a favorite toy on a ferryboat. But life is on the move. There are things that are lost and parents who leave; there are sharks at the shoreline.

I emerge. The students are gone. Water drips from the cuffs of my wetsuit. I kiss the top of my son’s sun-warm head, and salt-tangled strands of my hair land across his ear and cheek. He’s so small, 8 years old and barely 50 pounds. Had I accepted his change of heart once we got to the water’s edge, instead of digging in his heels in anger he would’ve happily played among the rocks and budding marine biologists, chatting about the crabs in the small tide pools while sometimes singing Beauty and the Beast songs to himself.

Like most parents, I want my kid to be happy, to move through life knowing he’s supported and loved. I thought if he could face this particular fear with me at his side, he’d know how brave he can be. But sometimes what I want for him isn’t about him at all; it’s about me. I want to be the cool parent who takes him on adventures, who shows him the world. And I also want my new partner, who’s brought us to this amazing place, to love us — as if my son’s willingness or unwillingness to enter the water is a measure of our collective worth or my lovability.

These selfless and selfish motivations got all knotted up as we stood on the shore locked in our ongoing battle of wills. All I saw was what I wanted for us both. What I didn’t see was my son. If he doesn’t want to, he doesn’t need to slip on a mask and suck life-sustaining oxygen from a tube poking above the waterline while facing the animal he’s most afraid of. He’s still trying to feel secure where he is.

My son. He can’t lose me. Not to my romantic love or to my expectations. And especially not to sharks.

Samantha Claire Updegrave is a Seattle-based writer. Her work appears in Ghosts of Seattle Past: An Anthology of Lost Seattle Places, Brain Child, The Rumpus, High Country News, Bitch, Crosscut, Literary Mama, and Hip Mama. By day she is an urban planner. She teaches writing at the Hugo House and is a cofounder of the Looseleaf Reading Series. Find her online: chwpress.com, @scupdegrave (Twitter), samanthaupdegrave (Instagram) 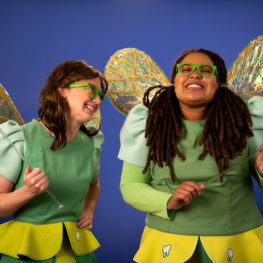