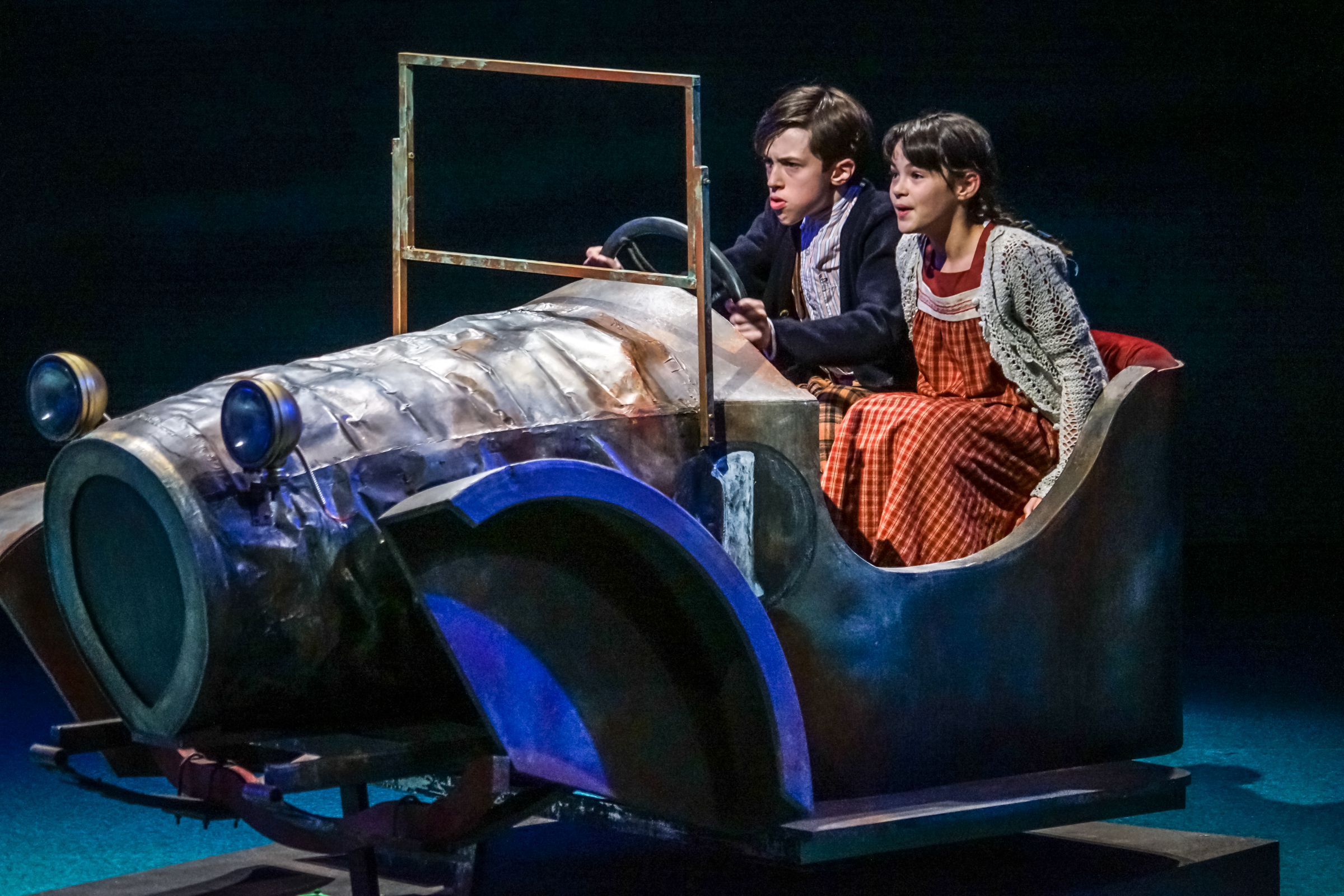 At intermission the kids were bopping down the aisles singing the catchy lyrics,

We love you and our pretty

This lively feel-good musical at Seattle Children’s Theatre has it all: endearing characters, snappy choreography, pretty historical costumes and that marvelous car.

SCT’s Chitty Chitty Bang Bang, built entirely in its own shop and finished the morning the play opened, is modeled after a 1914 Rolls-Royce Silver Ghost Skiff with a beautiful long hood and expressive headlights. The wooden back is shaped like a boat, all the better to become a floating escape vehicle. Red wings sprout from the sides so that it can fly. You’ll have to attend the musical to see how that magic is accomplished.

Ian Fleming – yes, the man who wrote the James Bond books – made up a bedtime story about an amazing flying car for his son, Caspar, and sold it as his only children’s book.  The car was inspired by a series of real English racing cars called Chitty Bang Bang that won races in the 1920’s and Fleming’s own Standard Tourer. The 1968 British movie version, beloved by today’s parents, and the SCT musical move the action back a bit to the end of the Edwardian period, around 1915 – giving costume designer Catherine Hunt a treasure trove of styles to choose from.

After a sweet opening with Jemima and Jeremy Potts playing in the junk car that used to be a Grand Prix winner, Chitty Chitty Bang Bang glides from one fanciful scene to another at a swift pace to hold kids’ interest. They laughed most at the breakfast-making machine invented by the children’s father, Caractacus Potts, and the candy assembly line. My 5-year-old companion’s favorite scene was one in which Potts and the heroine, Truly Scrumptious, pretend to be life-sized mechanical dolls to infiltrate the castle of the dastardly Baron.

Baron Bombast of Vulgaria and his eccentric over-the-top baroness steal the show when they’re on stage.  There’s no need to lecture about how bad it is to be a selfish, overbearing lout only thinking about one’s own needs as Bombast is the hilarious impersonation of those undesirable qualities. Older children who have a little knowledge of world history should be able to draw the thinly disguised parallels between Vulgaria and Nazi Germany.  The theme of family love and loyalty is gently reinforced, and the value of teamwork is a given a more heavy-handed endorsement.

The musical is recommended for school-age children 6 and older, although 5-year-olds in the audience were kept interested. The only possibly scary part for impressionable preschoolers was the devilish child-catcher in the kingdom of Vulgaria. But after a wonderfully choreographed “fight” scene, she ends up trapped in her own cage. 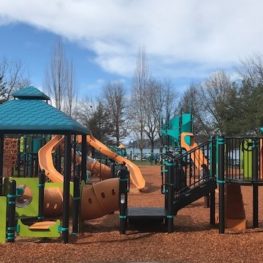