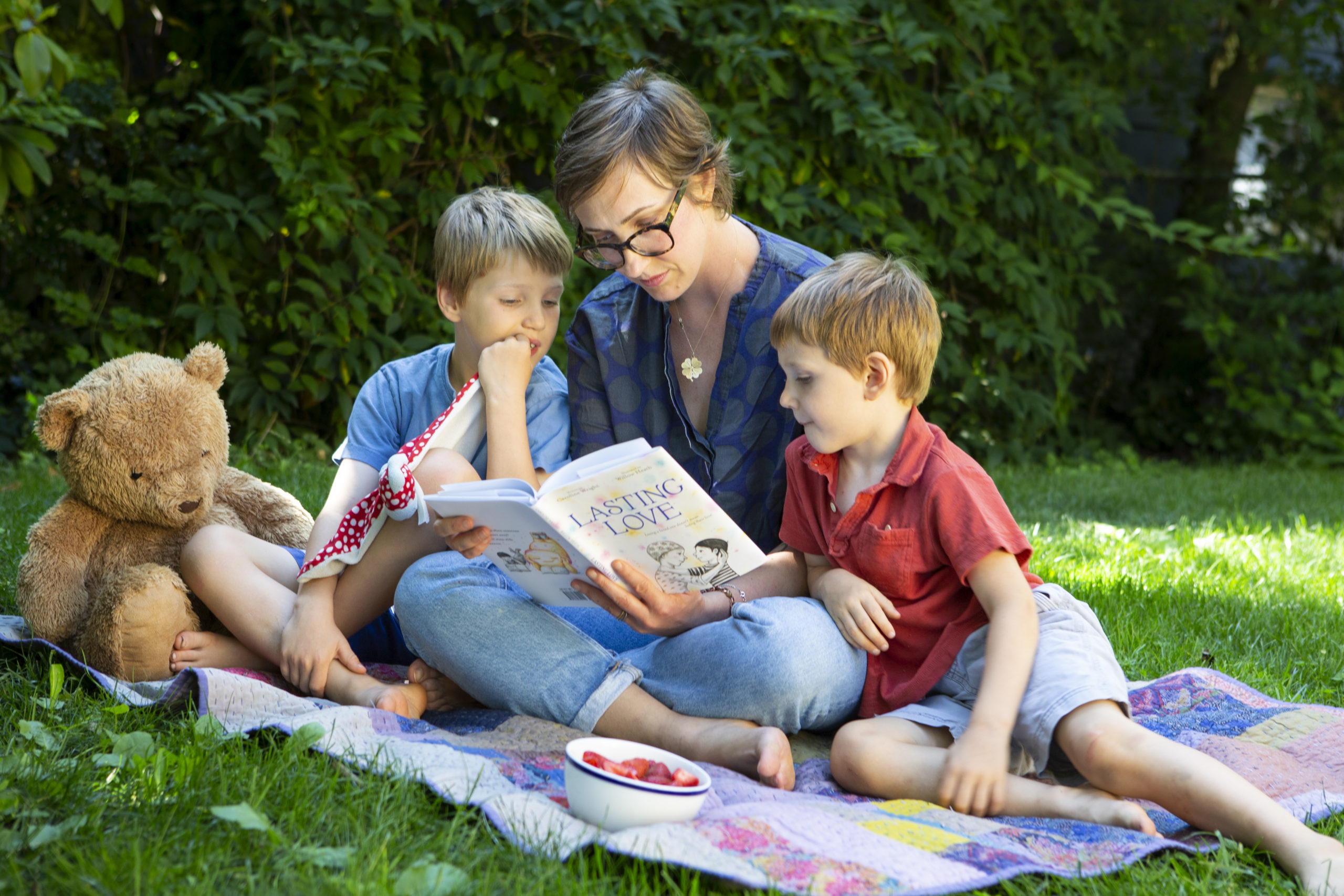 On March 3, 2017, a week before my 33rd birthday, I was diagnosed with a rare, very aggressive brain tumor called a glioblastoma multiforme.

A week earlier I underwent a craniotomy to remove a very large tumor from the frontal lobe of my brain and I had returned to my neurosurgeon to discover the results of its pathology. A hospital tech had just removed 41 staples from my scalp and placed them in a small plastic bag next to me on the crisp white paper stretched across the patient’s bench. I was the Patient, the object of discussion; not the writer, cookbook author or mother of my former life. It was official, in the wails of my husband and mother’s surprise and agony in that moment: My life, as I knew it then, was over.

After a diagnosis like that, it’s strange to think life didn’t actually stop. That I, as the patient, had to get in a car and go home and somehow continue. I was still a mom of two crazy little boys, then 1 and 4, and had just moved to Seattle. My diagnosis had just become another fact of our lives then to navigate around.

Though the bottom fell out of my life and my whole world changed in an instant, some things stayed the same. Like parenting. The gritty stuff — the physical scramble of unwilling diaper changes, forcible mid-tantrum costume swaps — was passed on to my husband or dad, while the emotional piece, the cornerstone of my role as Mom, was amplified. While Theodore, our babbling toddler, was then unaware of the emotional complexities of our world, Henry, our articulate and bright preschooler, was able to understand just enough of what was going on to be terrified. I had become both the cause and solution for Henry’s pain in one broken body.

My husband and I devoured the only useful parenting book we had on the subject of parenting with a terminal illness, "How to Help Children Through a Parent’s Serious Illness: Supportive, Practical Advice from a Leading Child Life Specialist,” by Kathleen McCue. A friend had given it to us days after the discovery of my tumor. It became our sacred text, and advocated honest, open, age-appropriate conversation within families to protect the bond between child and dying parent. An important requirement of these conversations, we learned, was that they needed to be child-led and unforced, so the child could take on what they needed to know when it was best for them. This resulted in bursts of random, insightful exchanges woven into our day, over breakfast or climbing the stairs.

One day, walking Henry home from his preschool after my radiation treatment was over, we held hands, chatted and picked dandelions in the Seattle spring that was starting to feel like home.

As he bent over to pluck a particularly fluffy specimen, he asked as his eyes flashed: “You’re getting better though, right?”

“I'm feeling a lot better,” I replied, recognizing the hope on his face. “I have a lot of energy to play with you now, just like I used to. But as far as the cancer goes, we don't quite know yet. They will do more tests soon to tell its shape and size. I'm still fighting as hard as I can and doing everything the doctors say. We have to wait and see.”

With that, Henry drew a big breath into his lungs and spilled it out over the fluffy crown of seeds held in his hand. He promised to hold the wish in his heart as we continued walking home.

Parenting remains a space that requires holding unknown fears — not unlike first days of school or any period of change or growth — with love. Love became our panacea, our religion of sorts. I had been writing daily in an online journal for my boys out of love to care for their future selves, while tucking them in at night in service of it, too. Writing was a space untouchable by cancer, something that made me feel less like a patient and more like myself. Then one day I woke up with an idea that would preserve the philosophy we had come to develop as a family in an immortal space: A children’s book, for them to discover at precisely the pace they needed, regardless of whether I was the one to read it to them.

The result of that idea evolved into a book called "Lasting Love," the simplest distillation of my parenting philosophy, for my sons: That a parent’s love is tangible, permanent, and lasts forever. As if the end of a vivid yet very surreal dream, "Lasting Love" was published by Rodale Kids, a division of Random House in New York, on Aug. 20; the most unbelievable part of it is that I am here to read it to them.

Caroline Wright is a cookbook and children’s book author living in Seattle with her family. carolinewrightbooks.com.

Related: Caroline Wright will be part of a panel discussion, "How to Talk to Kids About Death," on Nov. 9 at Town Hall Seattle.