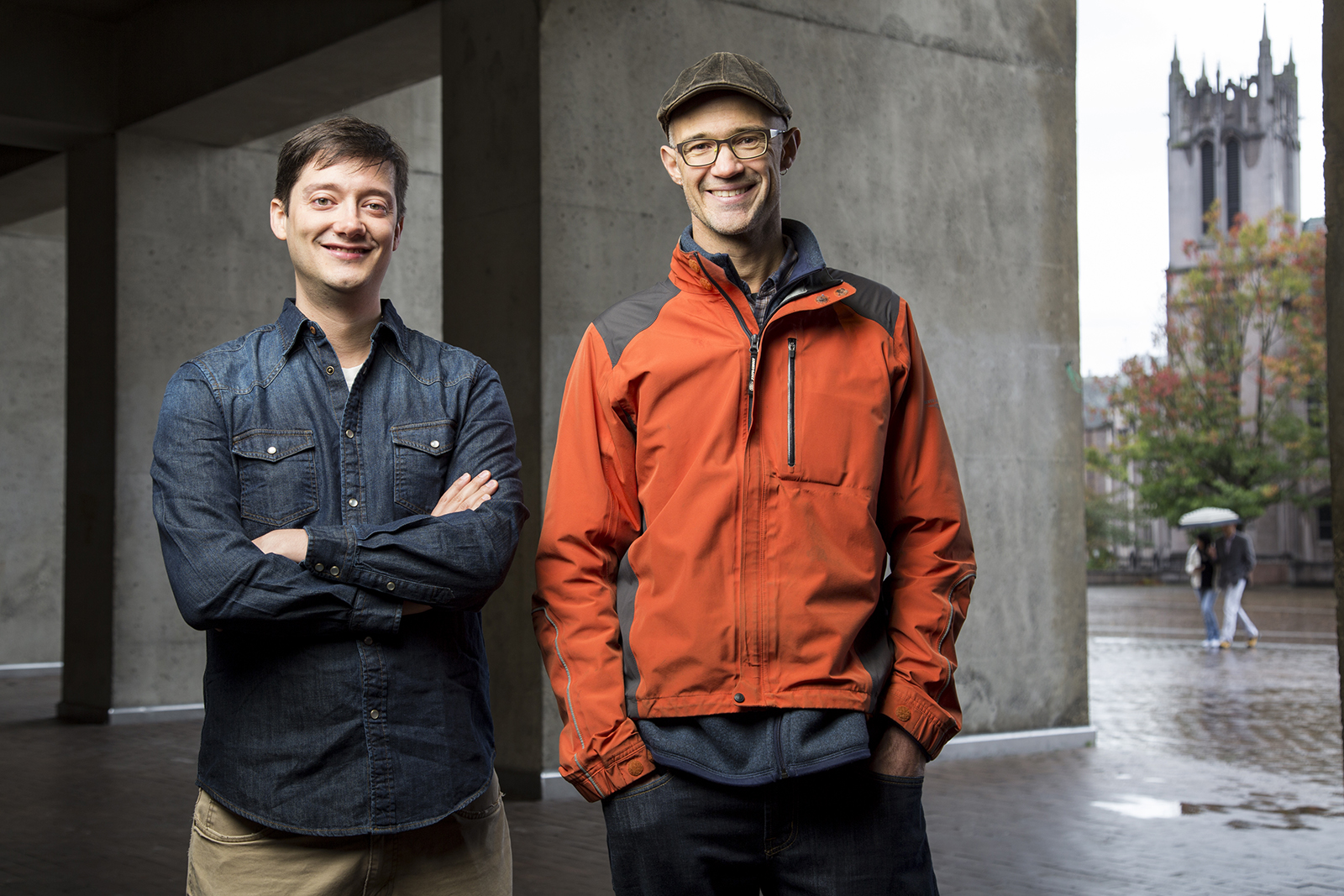 Climate change is a tricky issue to tackle with kids. It’s terrifying and real, and yet the effects unfold relatively slowly and are the worst, at least for now, in faraway places like the melting Arctic or remote tropical islands succumbing to rising sea levels.

So two University of Washington scientists are leading an effort to explain climate change to kids in a way that’s informative, entertaining and also empowering. What’s their strategy? Video games.

Josh Lawler, co-director of the UW’s Center for Creative Conservation, came up with the idea after seeing his own kids, now ages 6 and 10, absorbed by video games at home. He figured climate and gaming could actually work pretty well together.

“It’s not hard to merge the fun with scary things,” Lawler says. “There are plenty of games where you’re running from scary things.”

Along with Dargan Frierson, an associate professor in the UW’s Department of Atmospheric Sciences, the two founded EarthGames, an award-winning collaboration of UW students and professors working on educational, environmental games. They launched the effort more than 2½ years ago.

“A lot of kids are thinking about climate change, and want to know what is going on and what they can do to prepare and stop it,” says Frierson. “It’s really important to teach to them. And we try to do it in a sensitive way.”

One of their offerings is called “Habitat the Game,” in which players adopt a polar bear that they get to name and care for. Kids learn about energy-saving actions that they can take, like turning off lights, composting food and taking shorter showers instead of baths, which uses less hot water. By agreeing to take the greener route, players earn treats for their bear, which they can feed and bathe to keep healthy. Players can also help their bear by collecting virtual “habitat pins,” obtained by getting outside and going to parks and other locations.

“Those lovable characters and taking care of the Earth, that is stuff that kids can handle,” Lawler says.

Their “Climate Quest” game features scientists scrambling to respond to floods, fires and other climate-triggered challenges. There’s also a teacher’s guide available for “Climate Quest.” A game for older kids that’s still under development has them installing energy-saving retrofits to homes in order to save pikas, fuzzy mountain creatures sensitive to warmer temperatures.

The UW researchers say they are trying to strike a balance between emphasizing the importance of limiting the harm of global warming by curbing fossil-fuel use, and giving kids hope that they can reduce pollution emissions and also respond to changes to reduce harm and suffering.

“I try to think about a better future, and the way we’re going to get there and make it happen,” Frierson says. “When we have an optimistic tone in the games, it comes from an honest place. It’s not like we’re trying to hide things.”

All of the games are available for free at earthgames.org/games

How to Talk to Your Kids about Race

How to Talk to Your Kids about Bullying

How to Talk to Your Kids about Sex Ed