Della had a long, memorable, complicated life. By the end, she’d outlived all of her peers, and she was getting lonely. But in her youth, she was a force to be reckoned with – always willing to speak her mind, and if necessary, put others in their place. She was a survivor.

One night, she simply died in her sleep. When we found her, we grieved not only her death, but the end of an era that it represented. She was never one for displays of affection or sentimentality, so we lay her to rest as we thought she would have wanted: in a plastic bag in the garbage bin.

Della was the last survivor from our third and final flock of chickens. By then, my older kids had grown up and moved away, and I had long grown tired of feeding and watering them and mucking out their coop. Secretly, I’d been looking forward to her joining her flockmates in poultry paradise, but when she finally passed, I was unexpectedly moved.

A few weeks later, one fine autumn morning, I went out to the coop with a hammer and crowbar and dismantled it, thinking all the while about the three generations of our feathered friends who had called it their home. I remembered Buffy, the buff Orpington, who was as close to a golden retriever as a chicken could ever be, and Evita the Ameraucana with her outlandish, turquoise-blue eggs. I remembered the cross-beaked chick whom we hand-fed grain mush on our pinky fingers, but weren’t able to keep alive. And then there was Nicky the gender-fluid Australorp, whose frequent attempts at morning crowing sounded like a small dog choking on a bone.

Della was a pure white Delaware – handsome enough, but not fancy like the Barred Rock or the Silver Laced Wyandotte who had shared the coop with her. She was an average layer who was somewhere in the unassuming middle of the pecking order. Then one day, a neighborhood beagle broke into the run and took a huge chunk out of her leg. I was sure she was done for, but at the kids’ urging, I made a show of trying to save her. We separated her from the flock and kept her in a cardboard box on the enclosed porch, where she wouldn’t have to compete for food. In truth, though, she didn’t want to eat. She barely moved. A couple of days later, I pulled apart her blood-caked feathers to look at the wound and it was crawling with maggots. I told the kids to prepare for the worst.

Della, however, had other plans. Soon she started eating again. The maggots cleaned out the dead tissue as thoroughly as any surgeon would, and her wound healed up nicely. Eventually, she was flapping and limping around the box with amazing vigor, intent on escape. It was time to reunite her with the flock.

It’s tricky business reintroducing a hen into a coop, especially one with a bum leg. The pecking order can be fiercely and mercilessly enforced, and any weakness is quickly exploited. When I put Della back into the run with her sisters, I held my breath and waited for the onslaught. To my surprise, no one bothered her. As a matter of fact, within a few days, she had clearly established herself at the top of the pecking order. She’d limp over to the feeder with a strange lunging, hopping gait, and the others gave her a wide berth. I imagined her clucking at them under her breath.

“Go ahead – try me. I rumbled with a freaking beagle. You think I’m afraid of you?”

When we first got chickens, it was mostly for the eggs. Truthfully, there’s not that much to recommend them as pets. They poop all over everything, they smell up the yard, and they destroy your vegetable garden. The only one I would ever describe as affectionate was Buffy, and that’s grading her on a very forgiving curve. Still, when you see a creature like Della grow up from a little fluff ball in your hand, to a gangly teenaged pullet, to a full-grown, egg-laying, beagle-battling hen, you can’t help but get attached.

The day I lifted Della’s body out of the coop, I was surprised how light she was. Under all those feathers, she was smaller than your average roasting chicken. But back in the day, she punched above her weight, and then some.

That was a chicken with heart – and I don’t mean just giblets.

A pox on all our houses 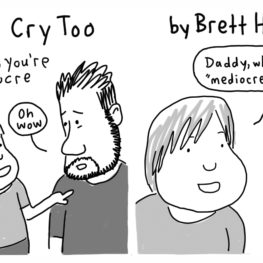 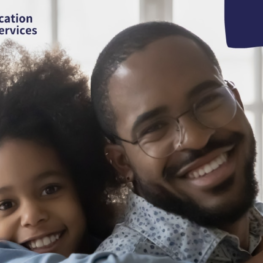