A little encouragement from across the fence. Photo by Joshua Huston

When I was a kid, I was afraid of the telephone. It unnerved me to talk to someone I couldn’t see, and I avoided it whenever possible. Luckily, my family wasn’t particularly sociable, so the phone didn’t ring very often. When it did, I usually disappeared and let someone else deal with it.

One day, the phone rang while my parents were out, so I picked up, thinking it might be them. It was one of my father’s patients. In those days, people just called their dentist at home if they had an emergency. He gave me his name and number, but it never occurred to me to write it down. When my parents got home, I couldn’t remember any of it. To this day, I imagine that poor guy sitting by his phone with a pack of ice on his jaw, cursing me under his breath.

A few months ago (in the “Beforetimes,” as we now call them), I was on a crowded light-rail car surrounded by middle-school kids who had just gotten out of school. I looked around, and every one of them had their phones out. Of course, by the end of the ride, my phone was out too. God forbid I should go more than 15 minutes without checking my email.

In this brave new plugged-in world, parents have a decision to make: When will their kids cross the smartphone Rubicon? As of 2017, the average child acquired a first phone at age 10; by now it’s probably earlier. Clearly, phones are finding their way into a lot of little hands, but not without some parental angst.

On the other hand, we’ve also heard the arguments in favor of phones – or we will, as soon as our kid’s best friend gets one: They need it for emergencies. They need it so you can reach them. It’s how kids stay in touch with each other. It’s how they get information. If they don’t have one, they’ll be social pariahs.

I’m not going to tell you whether or not to get your kid a phone. You can sift through the inconclusive, ambiguous, contradictory pseudo-evidence as well as I can. But if and when you do decide to get them a phone, here are a few things to think about.

You can also load a phone with all kinds of firewalls and monitoring software, but you should know that eventually your kid is going to figure out how to hack their way around it. Insulating them from internet nastiness is like trying to stop a tsunami with duct tape and sandbags. Good luck.

One thing you should remember is that you’re the one paying for the phone, not to mention the cell service and the data plan. Just because your kid has it in their pocket doesn’t make it theirs. You have the right to place any limits you like around phone use. That may mean restricting phone time to certain hours, or requiring them to share their access code and passwords. They don’t own it unless they’re paying for it. Until then, it’s a privilege, not a right.

Of course, I’d recommend negotiating the terms of that privilege up front, when your leverage is at a maximum. You should renegotiate from time to time, taking into account how responsible and healthy your kid’s phone use has been in the interim.

And finally, here’s a word from your friendly neighborhood OK Boomer columnist: It’s OK if you don’t get them a phone at all. Really. No matter how loudly they beg, whine or protest, their lives won’t be ruined if they can’t have the latest iPhone 17 or Android Galactica. The dangers of smartphones are unproven, but their benefits are less certain still. In fact, it’s worth asking ourselves: Who really does benefit from all these phones?

Right now, thousands of software engineers are earning gazillions of dollars designing smartphone apps, most of which have one main purpose: to keep all of us staring at screens for as long as possible. If this pandemic has taught us anything, it’s that a life lived only on screens is not sufficient. Our kids will fall down that pixelated rabbit hole soon enough. It won’t hurt them to stay up here in the real world a little while longer.

OK, it’s time for me to get off this soapbox before I turn into some crazy old guy muttering about “kids these days.”

Besides, I need to go check my email.

Jeff Lee remembers when a “Smart phone” was Don Adams talking into his shoe, in Seattle.

Middle-school strategies for kids with or without phones

When did Bill Gates’s kids get phones? You might be surprised 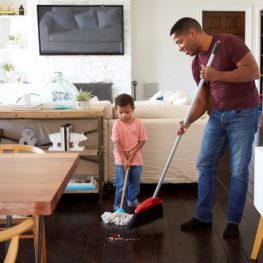 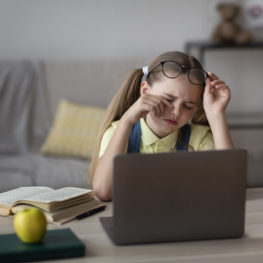 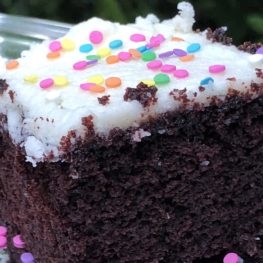