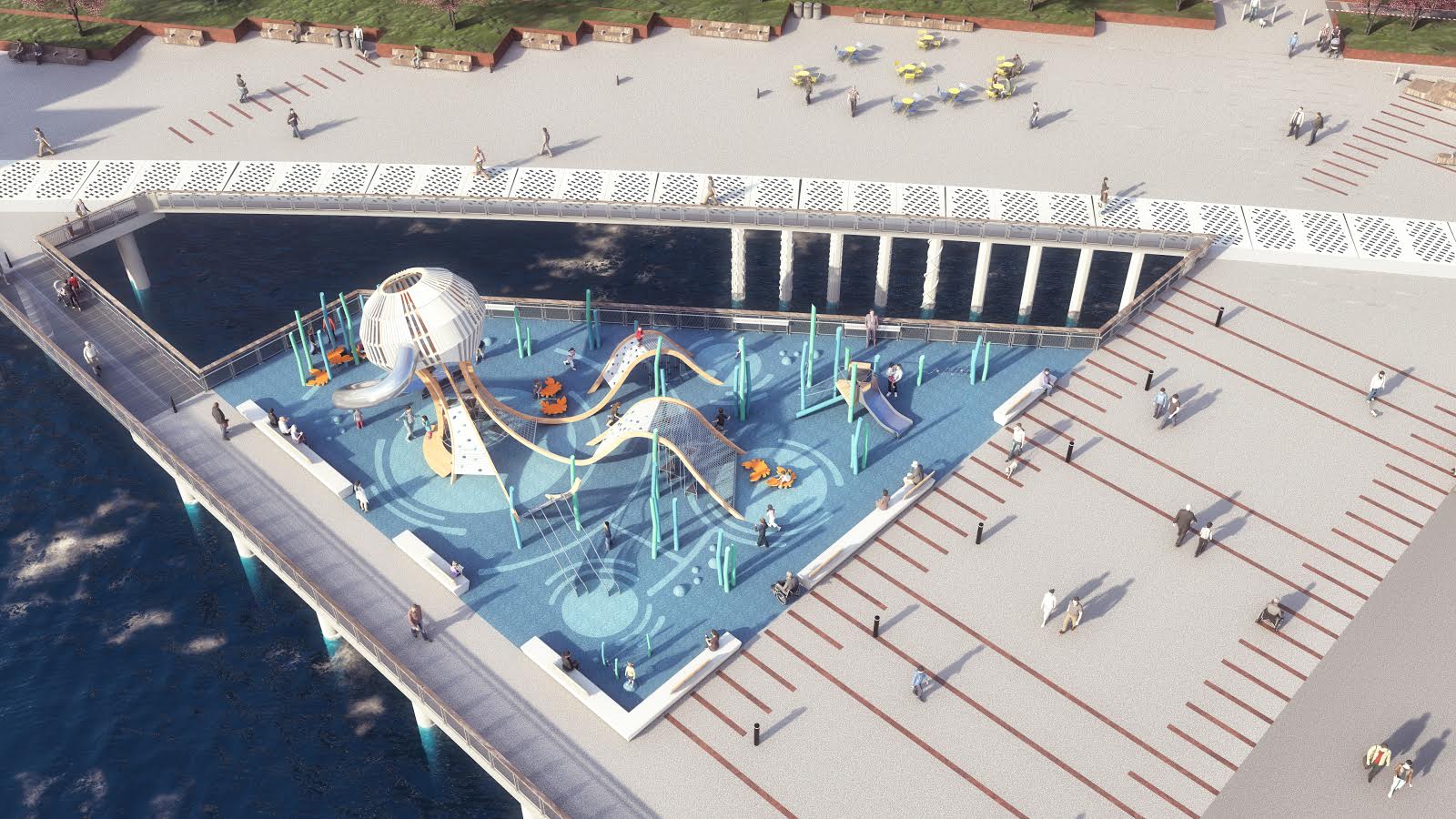 When it comes to planning a playground, it helps to consult the experts: kids! That’s just what the City’s Office of the Waterfront & Civic Projects did for the designing and planning of the Seattle waterfront playground that will be a part of the new Pier 58.

Currently known as Waterfront Park, the the pier will be rebuilt starting in 2022. Designed with families in mind, the new space will feature a public plaza and a children’s playground, located between the Seattle Aquarium and Miner’s Landing. Add a large lawn with plenty of trees for shade, plus the expansive views of Elliott Bay and the Olympics, and you’ve got yourself a new go-to waterfront destination.

The City’s Office of the Waterfront & Civic Project utilized an online, child-friendly survey in late 2020 in an “open house” type of style, welcoming feedback on themes, playground elements, and other ideas. More than 180 kids and adults responded, aiding in the playground design. 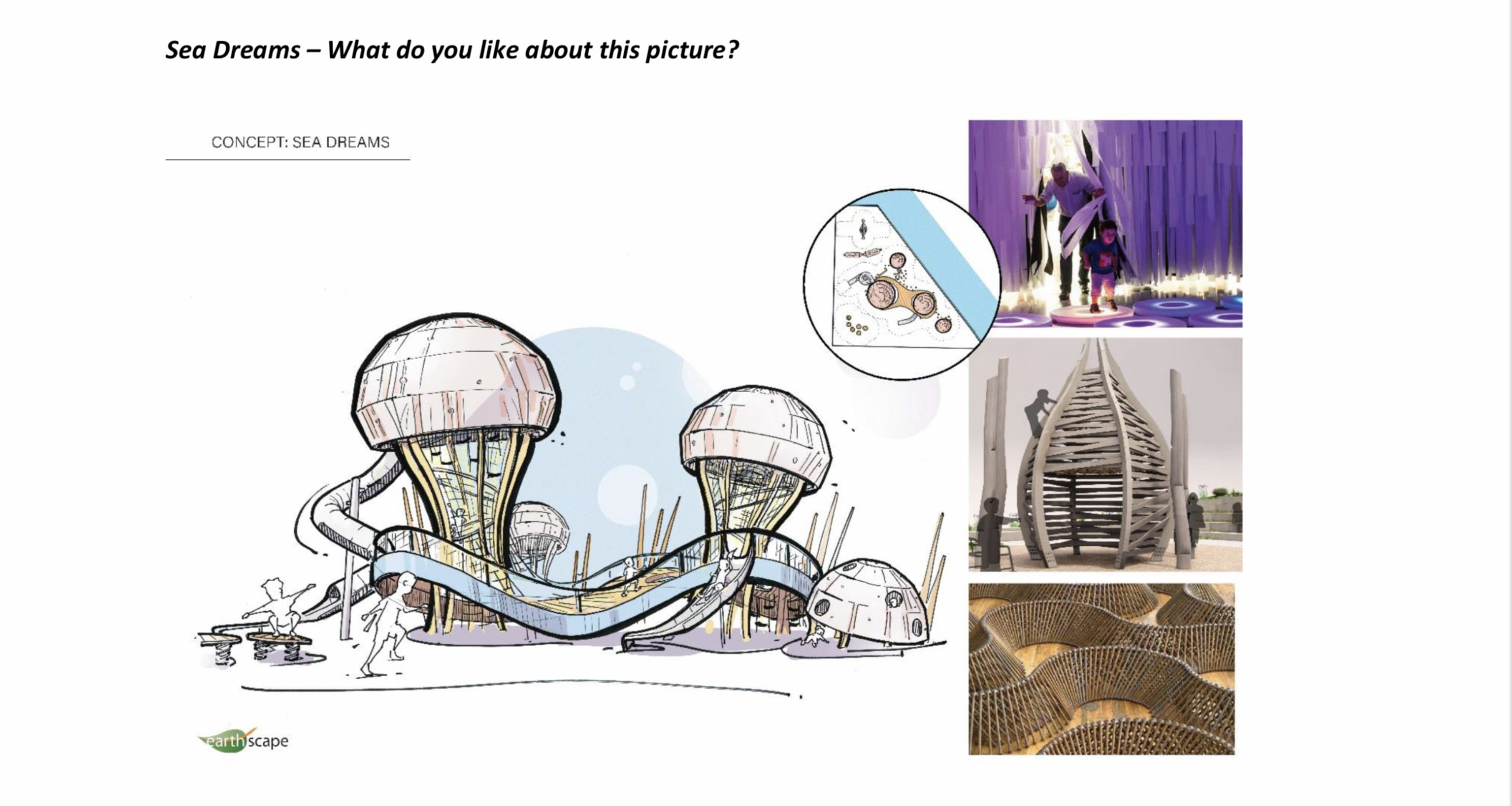 Suggestions and responses included ideas like climbing structures and a rope bridge, elements that could provide educational opportunities, the use of natural elements to foster active creative play, and a layout that allowed parents to be able to easily keep an eye on kids from any vantage point. It was important that the playground be accessible to all mobility needs, and offer shelter from the weather. 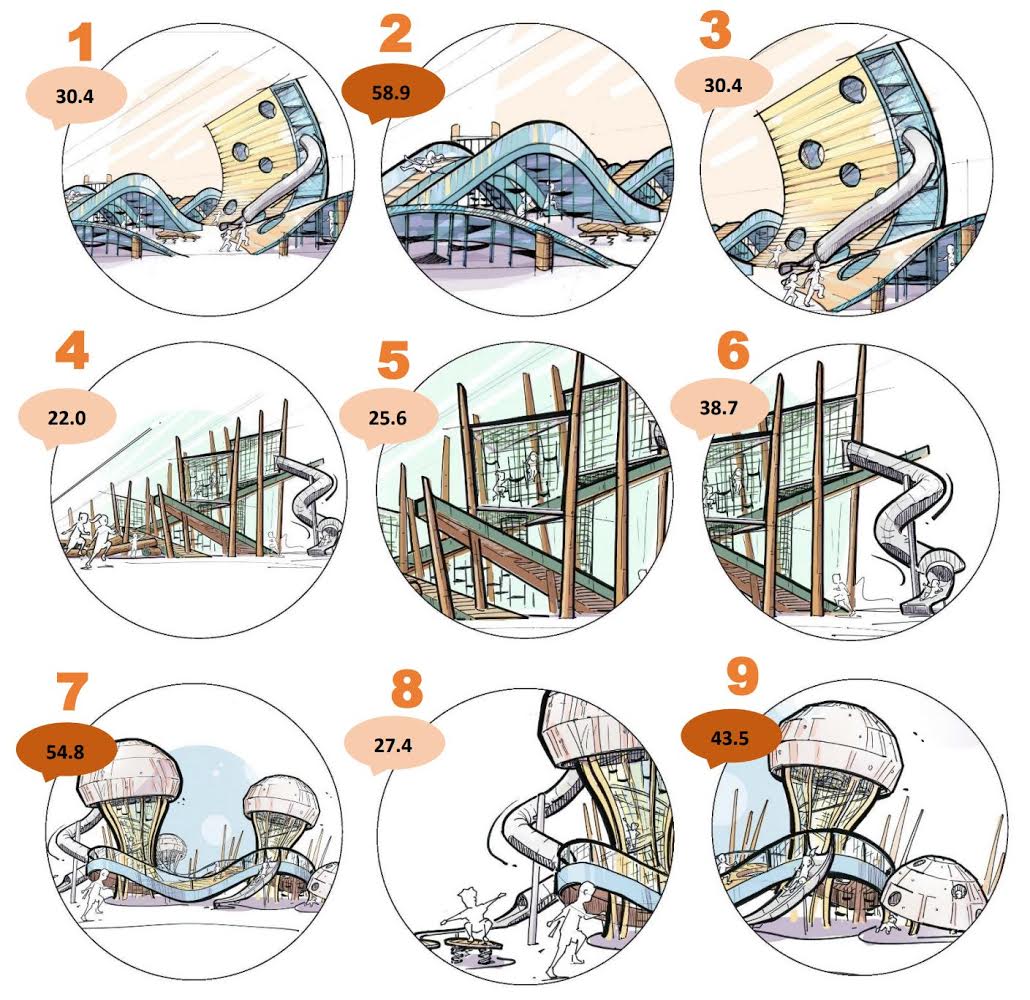 Participants were able to click up to four photos shown in the grid according to what images they were drawn to. Below, the dark orange bubbles – photos 2, 7 and 9 – were the three images clicked on the most. (Photo courtesy of City Office of the Waterfront & Civic Projects)

Kids loved the look of the seascape designs, and the cool “space jelly” features. One 8-year-old wrote: “It looks like an amusement park, like something kids would like.” Another commented on the “Swiss cheese” climbing wall. But not every comment was positive — the kids knew how to use constructive criticism. One local girl commented that one of the designs looked “too pokey, and not that much fun.” And some of the parents’ feedback showed concern over safety aspects, and making sure that the playground features wouldn’t obstruct the view. Every comment was taken into consideration, and ultimately helped shape the concept and design of the future playground.

Overall, the feedback was incredibly beneficial, and an important factor in the final decisions of the park design. So when the pier is finally complete, and kids get their first go at the brand new waterfront playground, perhaps some of them will smile proudly and say, “I helped design this!”

11 Seattle-area playgrounds for the under-5 crowd

14 parks for toddlers on Seattle’s Eastside

Allison has enjoyed writing for various publications and companies over the years, and is currently the Things To Do Editor for Seattle’s Child. She loves farmers markets, coffee shops, used bookstores, and spending as much time as she can in her absolute favorite place: the San Juan Islands. 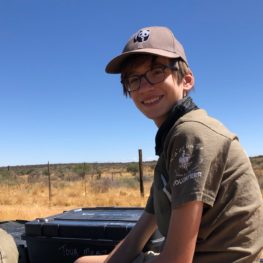 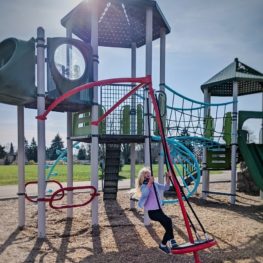 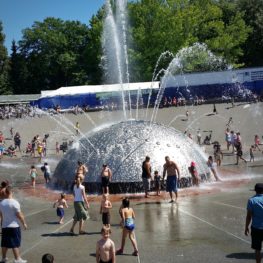 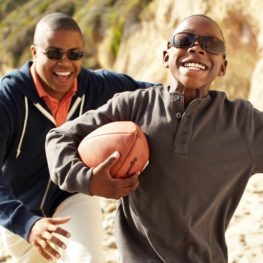