A nonprofit that has cared for many of Seattle’s most vulnerable residents — even if they can’t pay — is building a $23-million clinic near Northgate Mall.

The Meridian Center for Health will double the number of people who can be served in North Seattle from 7,000 to 14,000.

The facility will be a one-stop shop. A mom, for instance, can take her kids to the dentist, the doctor and a counselor, then stop by a public health office to access WIC nutrition and maternity support services.

The greatest challenge: getting people to believe the north end of the city needs it.

North Seattle is thought of as one of Seattle’s more affluent neighborhoods. In reality, it’s home to the largest segment of low-income residents, and many of them are not served by a community health center, said Joseph Sparacio, chief development officer for the nonprofit Neighborcare Health.

“Low-income people in the north end are distributed more diffusely in the general population,” said Sparacio, who manages government grants and fundraising. “There are fewer neighborhoods with high concentrations of low-income people.”

In other words, there are plenty of people in need — we just can’t see them.

For more than 40 years, Neighborcare has served people with little or no means who often have significant barriers to care, such as homelessness, illiteracy and poverty. The nonprofit’s mission is to be a “health-care home” by providing multiple services under one roof and doing so respectfully.

Part of that respect includes building a clinic that’s as appealing as anyone with private insurance might expect.

It’s the quality of the care and the friendliness of the staff, however, that keep father Fred Swanson coming back to the clinic in Rainier Beach — even though his family moved to Burien.

When the Rainier Beach clinic was being built a few years ago, he and his husband Adam Diamond were caring for their children — then in the foster system — and trying to find a place near their home that would take Medicaid.

“I was pleasantly surprised at the quality of care and the environment,” said Swanson, who works as executive director of a nonprofit. “To see that building go up was powerful. And I could go there with my kids.”

Swanson and Diamond  have adopted three children: Jaylen, 9, Jade, 5, and Noah, 4. Swanson said his son Noah is a ball of energy, and he sees a dentist at the Rainier Beach Clinic who can not only handle Noah’s rambunctiousness, but make the experience enjoyable enough that Noah looks forward to his dental checkups.

“My kids have been through a lot,” Swanson said. “They’ve had transitions, and the idea of trusting adults is difficult for them. … So to be able to find someone in the neighborhood we could latch onto is amazing.”

The new 44,000-square-foot building is being built near Northgate Mall at North 105th Street and Meridian Avenue North. Like the Rainier Beach clinic, it will be a first-class building, surrounded with park-like landscaping and walking trails that connect to the surrounding neighborhoods.

“Our patients experience daily reminders that they are low-income and often get second or third best,” Sparacio said. “That contributes to a consciousness of poverty. When people are treated with respect, they are better able to respect themselves.”

The clinic will not only house a variety of services under one roof, they’ll all collaborate to offer better and more efficient care. That’s an unusual thing for public and private entities to do.

One badly needed service the health center will offer is dental care. Bad dental health can increase the risk for diabetes and heart disease and impact someone’s ability to work. It’s one of the most difficult services for low-income people to find, Sparacio said.

The building is being paid for with a combination of government grants, private donations and Neighborcare’s reserves. King County provided the land. 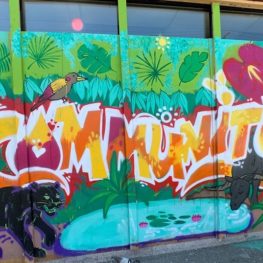 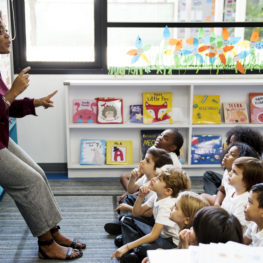