On summer weekends, it feels like half the city’s gone up to the mountains. Roof racks packed with camping paraphernalia, mountain bikes strapped in back, ready for outdoor adventures.

“I think everyone pretends to like the outdoors because it’s the cool thing to do,” says Colin Aymond, an Eastlake dad with two teens. “I am not that person. I’d rather go to a great restaurant, go have some drinks.”

Aymond grew up playing competitive sports, and now his boys, 13 and 16, do the same.Weekends are filled with sports, but lack of free time isn’t the only thing holding him back from camping. Aymond doesn’t get the appeal of forgoing the amenities of modern society — on purpose.

For lots of other Seattleites, however, lack of creature comforts is just part of the fun of being outdoors. One of the Emerald City’s major selling points is being surrounded by natural beauty. Mount Rainier and the Olympics peek out on clear days, and Puget Sound laps at the edge of downtown.

People in Washington state spend an average of 56 days a year doing some form of outdoor recreation, according to a 2015 study for the Washington State Recreation and Conservation Office. It adds up $21.6 billion a year spent on outdoor trips and equipment. That’s a lot, folks, but it’s not for everyone.

They’ve kept their vows, which they made three years ago in front of 100 witnesses in Kenmore. Ben grew up in Bellingham with a super-outdoorsy family, but Morgan made it clear right from the onset that she would not be sleeping under the stars.

The Folks lives in Mill Creek and have a 6-month-old son, Henry. Instead of camping, they’ll do something more “civilized,” like stay at grandma’s house on Camano Island, which has heat and hot water. When Henry is older, he’ll probably go camping with his dad. As for Morgan, “I’ll stay home and I’ll do things that I consider to be fun.”

Cindy Wong is also the type of mom who prefers nature in small doses. She was born and raised in south Florida: “It was the suburbs. Strip malls. And hot sun. I barely spent any time outdoors. I would die without A/C.”

Wong moved to Seattle in 2011 to reunite with her now husband, Nick Alcivar. Camping, let alone hiking, isn't part of their cultural heritages. Both are children of refugees: Wong’s family is from Vietnam, Alcivar’s from Cuba.

“My husband and I both joke that when our friends want us to go camping, I’m like, ‘So we can go into the woods away from civilization, sleep outside, with all of our clothes and food on our packs and escape?’ Pretty much what our families did to come to America,” Wong says.

Now the couple lives in Queen Anne and has a nearly 2-year-old son, Max. But Wong doesn’t want Max to grow up afraid of nature; she wants him to get dirty and play outdoors and explore.

“As a kid I hated touching grass and getting bit by fire ants and mosquitoes,” Wong says. “The nature here is so different from back home. Hopefully, raising Max in the city where there are so many parks, I hope he gets a more relaxed and nurturing environment.”

Lori Helmy and her husband are also Pacific Northwest transplants; they moved from Astoria, Queens, when she lost a coin flip.

“We’ve been here since ’99 and I’m still in culture shock,” Helmy says. “Most New Yorkers don’t camp. Why would you? We have some of the best hotels in the world in New York.

“These Northwest people, what the hell is wrong with them? ‘We’re going to go camping! Hiking! I’m going to get my baby Bjorn and truck up the mountain!’ I’m like, ‘Whaaat?’ What is the purpose of hiking up a mountain? You want exercise? Go to a gym. You want to look at something beautiful? Go to a museum.”

Helmy grew in New York, with parents from Queens and Brooklyn. She’s raising her kids — one almost 8, and the other 17 — in south Everett. Her idea of “roughing it” is staying at a condo in Florida, or at an Airbnb.

“I don’t camp. I don’t even expose my kids to it. It’s just — how can I put it? — ewww! You’re going to travel by car two hours to a desolate wasteland of a spot?"

Helmy’s dislike of the outdoors isn’t limited to camping; she doesn’t even like going for a walk outside (she needs an indoor track). When she won a trip to Whistler, B.C., she didn’t go skiing or sledding (she went shopping). Beaches are dirty. Going to a water park is borderline. What does she like? Reservations. Room service.

“I’m telling you, I need to have a hotel,” Helmy says. “If it doesn’t have a concierge, I’m outta there.” 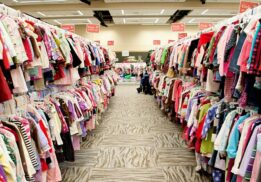 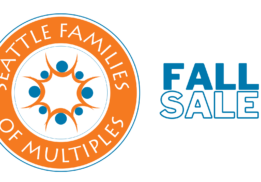 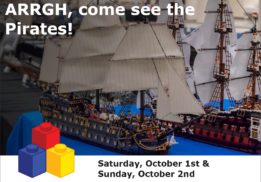 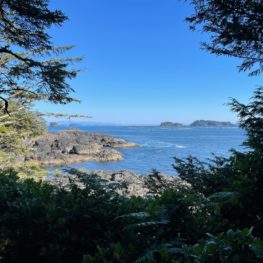 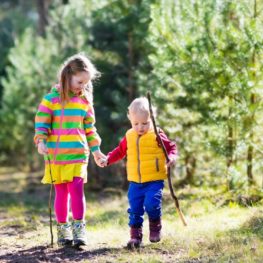 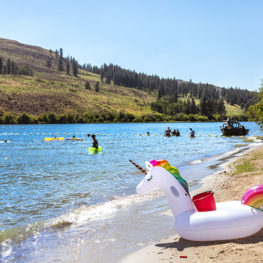 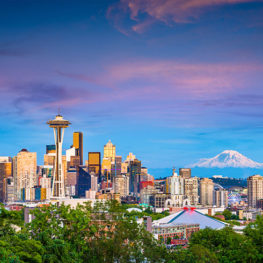