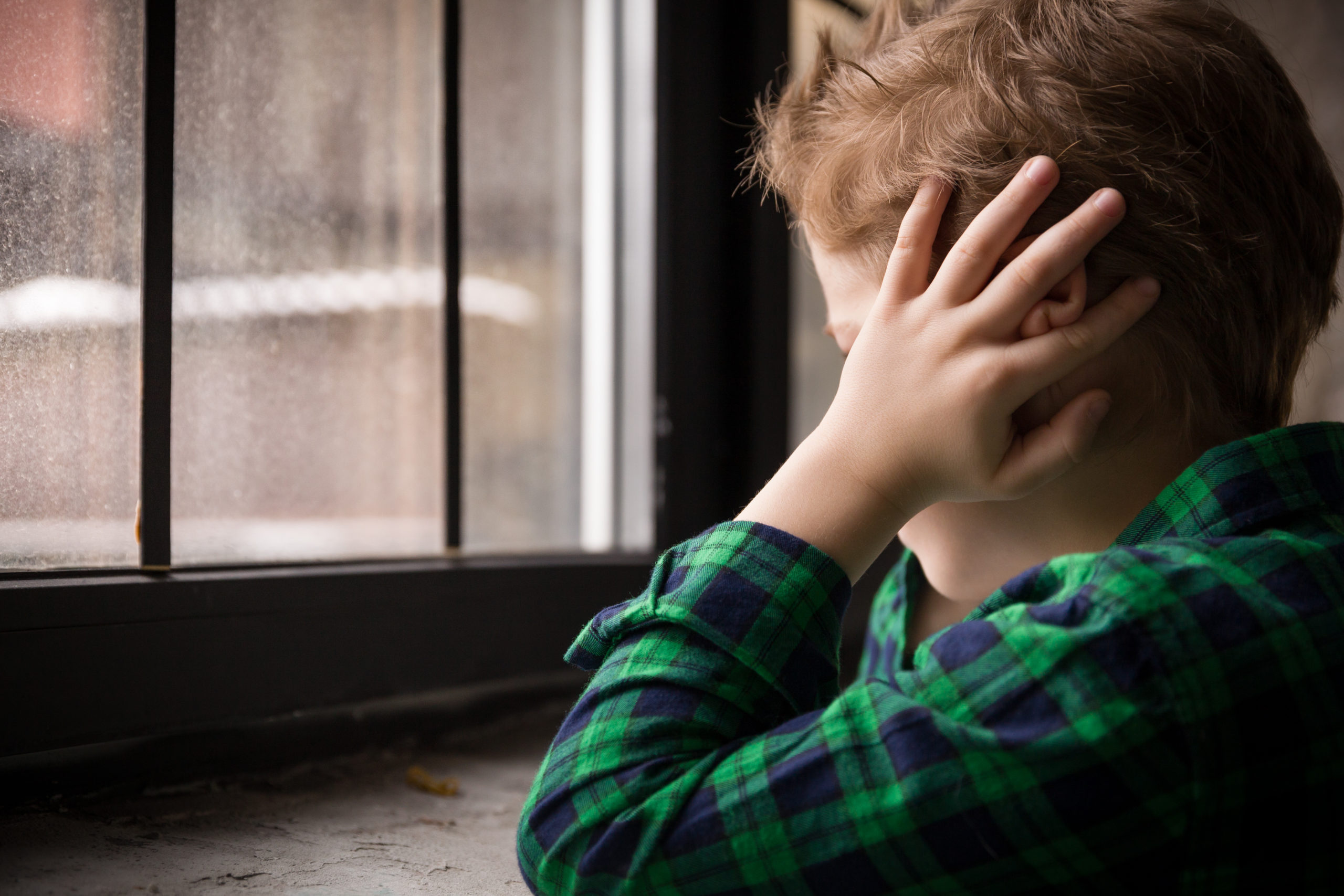 School shutdown: My son sits at the dining table, his head resting on his left hand, a vacant and melancholy expression on his face while he waits for Microsoft Teams to open his first meeting.

Forty minutes later, he will be flying around the room, screaming at me that he can’t take it anymore.

Yesterday, upon mentioning I would be leaving to take his sister to preschool, he dissolved into tears.

“Why does she get to go to school and not me?” he yelled to me for the hundredth time, as she has been in two days of preschool a week since July.  “I DON’T GET TO GO ANYWHERE!”

Today, my husband who was between meetings, heard my son crying and so told him he could watch a show. I saw my husband turning on the TV for him and flew into a rage. I had been giving him a few minutes to emote before going down to coax him back to class, and I knew this would make it impossible; I would never get him back to the computer now. We had a big fight, my son got even more stressed out, and I didn’t get him to class until after lunch.

This is only a few snapshots from a completely average week during the school shutdown.

Last night, while getting into bed, I realized we’ve reached almost 12 months of lockdown here in Seattle.

And unless you have been laid off or forced to quit your job to home-school, no one has it worse than our kids.

Last week, I enjoyed a massage, masked, and preceded with hand sanitizer. From a massage therapist who had been vaccinated. I ran on the treadmill at the Y. I also went out to eat with a friend on a cozy heated patio and enjoyed an essential oils class on Zoom.

My son, a third-grader? Well, we got him to ride his bike for a whopping five minutes. He watched TV, played video games, fought with his 3-year-old sister, played with toys. I managed to get him to the park, which he is uninterested in these days. He is older now and wants companionship, conversation, and simply playing with kids his own age.

I wish it was only the schools that were closed; we could then have the library,  Cub Scouts, birthday parties, the YMCA with its endless classes and sports, and play dates.

Instead, we are nearing 365 days of sitting at home. I shudder to think of how much exercise he gets now compared to a year ago, not to mention what is happening in the dark corners of his mind as he languishes in isolation.

This is solitary confinement. For children.

He is one of the luckier ones, as I don’t work except a few hours in the evening after my husband is available. When I think about the kids who don’t even have a parent to talk to a few times a day, I can hardly fathom it. Some teens are home alone with both parents working outside it. Five days a week, 11 months.

Eleven months. No end in sight.

When everything closed down a year ago, I didn’t complain.  We didn’t know what we were dealing with. Eleven months later, we know a ton by comparison. So answering his questions about why my daughter gets to go to preschool while he gets nothing but a computer is impossible.

On social media, I see teachers saying they want kids to be vaccinated before they go to classrooms, that they don’t even want to go to classrooms next fall, that they can’t teach both in person and online (having a laptop meeting going while teaching kids in the room to allow choice for families), and that even if they got their shots now, that’s still not enough to open schools.

The SPS teachers union is starting negotiations to open for in-person instruction for kindergartners and first-graders, and according to their statements directed at parents, there are no promises.

The scientists we keep saying we proudly stand behind are in agreement that schools are safe places for adults, assuming masks, hand washing, temperature checks, and distancing are implemented. Including Dr. Fauci.  Including the CDC. Including Harvard research.  The list goes on.

Is it crazy for me to say that I believe fear has taken over facts at this point?

School shutdowns are based on two premises: 1. Online education is a substitute for in-person instruction, and 2. Teaching in schools is unsafe.

There is not nearly enough data to back either of these premises. Least of all can online education be justified when the consequences of a year of kids in isolation are proving to be anywhere from devastating to permanently damaging in both kids’ educations and psychological health.

Online education has been shown time and again to be a disaster for students of all grade levels, whether it’s teenagers failing classes at unbelievable rates, suffering unbearable depression, jeopardizing their chances of getting into college — or young kids getting little to no exercise and sitting alone all day with a laptop. It is literally child neglect.

The messaging I get from Seattle Public Schools amounts to: We can do this indefinitely. The messaging I get from a look at the SEA Facebook page is that if you support teachers, that means letting them decide when, how, and if they ever go back to classrooms. With parents having to leave their jobs and put their ability to pay their bills at risk, how is it we aren’t even being considered right now in this school shutdown? No, we cannot do this indefinitely. To act like we can is utterly out of touch and insensitive to thousands of families who are anywhere from struggling to devastated — emotionally, mentally, and financially.

Teachers are in the fortunate position of having total job security and a work-from-home environment for a full year, right on through to vaccine distribution, but from their language, you would think the situation was the complete opposite.

Who has made teacher choice possible? Parents. The ones who aren’t saying much right now, least of all asking that anyone “Support Parents” through an impossible situation. The ones giving hour-by-hour emotional and educational support to kids burned out from laptops, depressed from isolation, and falling behind in their education.  If teachers could see what goes on before kids’ cameras get turned on, we might have a more balanced conversation about the school shutdown.

A teacher said to me online, “We’re not your babysitters.” Child supervision is a teacher’s job, or a parent would accompany each student to school every day, the way I had to attend classes or activities with my preschooler before drop-off became an option. We can get our groceries delivered using the Internet; we cannot raise kids through a laptop. Which workers are then more essential?

Teachers have influence over their jobs against which even Gov. Inslee, who has called for classrooms from kindergarten to fifth grade to open, cannot compete.

I voted for Inslee because I trusted him to make unbiased decisions affecting millions of people, balancing countless factors with advisement from top experts. But he isn’t allowed to make the most important decision of all right now.

This article will be easy to critique. For 10 studies showing schools are safe, anyone can find one that says they aren’t.  Anyone can find one story where one bad thing happened. Yet that doesn’t prove schools should stay closed. It only proves that no decision will be perfect, and life has risks — including before, during, and after a pandemic. Creating an unattainable standard for classroom openings is unconscionable to those of us endlessly held hostage by the school shutdown.

That’s why Inslee should be in charge; he has the ability and responsibility to consider all factors and all people and make the best decision for the group, the community. He is also accountable to his constituents, who have access to him when we want something done or feel he has done something wrong.

Instead, kids, moms, and dads are left powerless. For 11 months and, barring a miracle, 18 or more.

I don’t know where we go from here. My third-grader didn’t make the age cut to be offered in-person instruction starting in March, if that happens at all. If his teacher wasn’t so good — so positive, patient, and funny, we would have dropped out by now.

I am supposed to continue to force him to do something I believe is ethically and morally wrong, and unhealthy to him on all levels of his being.  And I don’t know if I can keep doing it.

Do you have an opinion on the plans for local schools? Do you agree with the current situation? Disagree? Send us your thoughts. We’re always looking for voices to keep the conversation going in our opinion section, Amplified.

Got something to say? Seattle’s Child wants to hear from you!

Opinion | Our teachers are pulling off the impossible with remote learning

Opinion | Post-pandemic, kids can catch up in math — and still have fun

Opinion | Are kids being damaged by remote learning? That depends

Meghan Kaul is a mom and energy healer residing in West Seattle with her husband and two kids. 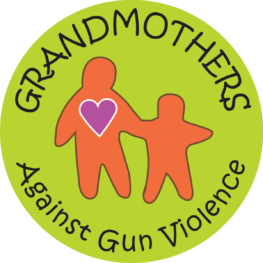 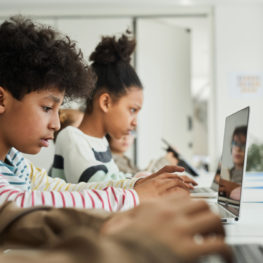 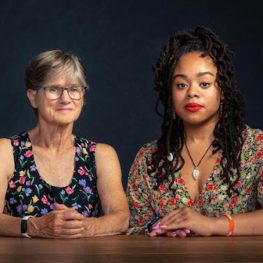