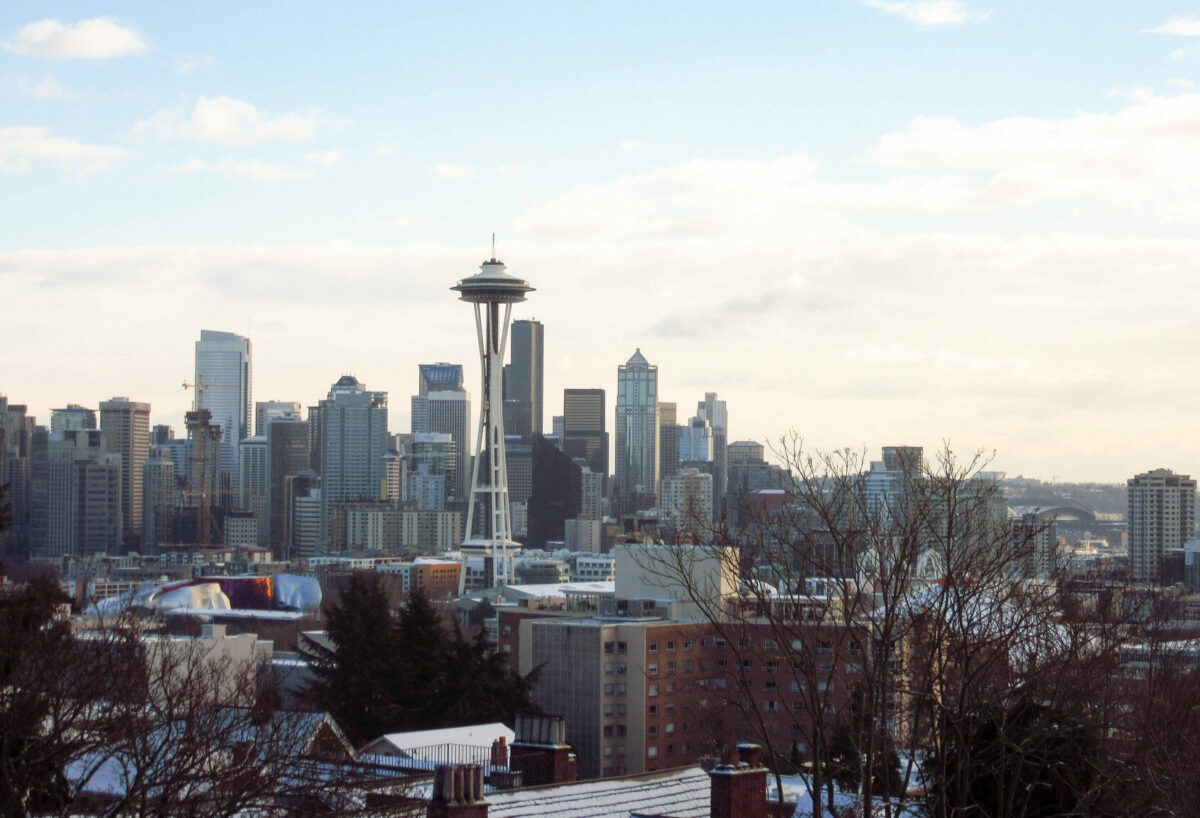 Earthquake preparedness: a guide for families

It shook Susan McLaughlin, seven months pregnant, and her husband, Scott Boetjer, out of their sleep in a suburb of Christchurch, New Zealand. “We ran out of the house, afraid it would slide down the hill with us in it,” McLaughlin remembers. She fell down some stairs, but did not seriously injure herself or her unborn baby. Boetjer sustained a gash on his leg. “We did what we shouldn’t do. We later learned it’s safer to stay inside until the shaking is over,” she adds.

McLaughlin, who now lives in Seattle’s Queen Anne neighborhood with her family, recalls the immediate aftereffects of the quake: “When the sun broke through, we started walking.” The effects of the magnitude-7 earthquake were everywhere. There were bricks all over the streets, massive visible cracks in the buildings, and bits of façades continuing to fall in the continuing aftershocks. “People were listening to their radios in their cars,” McLaughlin says. “We didn’t have a car, so we couldn’t do that.”

Although she’d lived in California for 10 years, McLaughlin and her husband didn’t have earthquakes on their radar when they had moved to New Zealand eight months earlier. “We wished we’d stockpiled water; we wished we’d had a battery-powered radio,” McLaughlin says, remembering that they were without a reliable source of water for over a week. “We did have flashlights and a first aid kit.” They had no power and no cell service either.

As aftershocks to the quake continued, including another major earthquake on December 26, 2010, the couple stockpiled water and food and moved closer to the center of the city to be near the hospital in case roads were closed when McLaughlin went into labor. They were out of town with their 7-week-old son Logan when the most devastating aftershock occurred on February 22, 2011. This earthquake was less intense – 6.3 on the Richter scale – but was shallower and closer to the center of the city, so damage was much greater: 185 people died.

They flew back home to Christchurch the next day; McLaughlin, as an urban planner and designer, had to be involved with the recovery efforts. “It was a war zone,” she remembers. Thankfully, their house remained intact and passed inspection to be habitable. “We were lucky,” she says.

Boetjer stayed home with Logan while McLaughlin worked, but cell phone service and communication lines were always at risk of going down during daily aftershocks. On a few occasions, Boetjer would meet his wife at the government buildings to check if everyone was O.K. With broken sewage lines, the mayor instructed people to dig holes in their gardens to use the bathroom. “It was a huge challenge to clean Logan’s clothes and reusable diapers in buckets, with no running water,” McLaughlin says. They switched to disposable diapers, but had to drive 20 miles to find them. “Thank goodness I was still nursing,” she adds. “We had enough food for us – it wasn’t necessarily tasty, and fresh produce was hard to come by.”

After a few weeks, restoration efforts to Christchurch’s infrastructure began and life slowly improved. Still, the state of emergency, with limited city services, lasted for more than two months. Aftershocks continued, with the last of the four major earthquakes occurring in June of 2011.

McLaughlin, who works for the City of Seattle’s Department of Transportation downtown, has agreed to be a resource for the Puget Sound Offices of Emergency Management’s Earthquake Preparedness recommendations.

Her experiences illustrate the campaign’s main thrust: that residents need to plan to survive for seven to 10 days in the event of a major catastrophe. “Previously we’d been doing emergency campaigns advising people to stockpile supplies for two or three days,” says JoAnn Jordan, public education coordinator at the Seattle Office of Emergency Management. “The reality is that for major events, it could take from several days to more than a week before essential services, such as running water, electricity and phones, are restored.”

A major earthquake – “The Big One” – first comes to mind when we think of possible catastrophes. The Puget Sound area is atop the Cascadia Subduction Zone, one of the most dangerous faults on earth. Our earthquake risk is the third highest in the nation, behind California and Alaska.

The United States Geological Survey says there is a 87.561 percent chance of a major earthquake (magnitude 5 or more on the Richter scale) within 50 miles of Seattle within the next 50 years. It is impossible to predict whether the next one will be truly catastrophic: The 1949 quake (7.1), the 1965 quake (6.5) and the 2001 Nisqually quake (6.8) did not cause anywhere near the damage or loss of life experienced in Christchurch. However, a nearly 9-magnitude earthquake struck the Puget Sound area in 1700 and would have virtually destroyed any cities.

Below, we dive into questions about what to do when the earth shakes, how to plan and communicate when the shaking ends, and how to survive without local services for a week or more.

In an earthquake: what to do

“Despite what Hollywood shows, people don’t usually panic in a disaster; they do what they perceive is right,” Jordan says, speaking from more than 20 years’ experience in disaster preparedness education. “So it’s good to know ahead of time what the right thing is.” Her tips:

Although McLaughlin says she does not live in fear of earthquakes, “but I’m so ridiculously aware of my surroundings at all times. In meetings or anywhere I go, I’m asking myself, ‘What’s above me? Where can I get out if I need to?’ ”

“I think we put too much emphasis on stuff and not enough on planning when we think of preparing for catastrophes,” Jordan says.

There are two things we can do ahead of time to make our homes safer: The first is bolt anything tall and heavy to the wall. “There were awful stories in Christchurch about things falling on children and crushing them,” McLaughlin says. The second thing is to walk the pathways of your house and ask yourself, ‘If an earthquake happened in this room, where would I go?'” Jordan says.

We will need to plan ahead to communicate and receive information once the shaking stops. Cellphones might not work and landlines can be overwhelmed. “If everyone tries to get on the phone at the same time, it’s like Mother’s Day to the 10th power and the system will crash,” Jordan says.

Emergency planners want people to stay off all phones for three to five hours unless they need to call 911 for a life-threatening emergency. (The only death in the Nisqually earthquake was a heart attack victim who could have been saved if his family had been able to get through on 911, Jordan mentions).

Families should identify an out-of-area number to call to check in, and each member of the family should have a card with the number on it. The out-of-area contact can then tell everyone how other family members are faring and where they are. You can make that call from a landline that is connected to the wall – not a cordless phone. If you don’t have one, you should know ahead of time who has one in the neighborhood. If you need to use a cellphone, text messaging is the most efficient way to get in touch, Jordan adds.

If the power is out, the television and Internet won’t be a source of information. You should have a battery-powered, solar-powered or hand-cranked radio (with extra batteries if needed). The official emergency station in the Seattle area is KIRO 710 AM.

It’s important to designate an outside spot where your family will meet if you have to get out of the house or if people can’t get home. Streets may be impassable, and you may not be able to communicate with children and spouses right away. That’s why it’s important to know – or help to prepare – the survival plans of children’s schools and daycare centers to ensure that they are safe if they need to stay put for a while, Jordan says.

Be in contact with neighbors ahead of time to know who may be vulnerable and need to be checked on and who has supplies that can be shared, such as barbecues and camping stoves if power is out.

The first thing to ask is, “If I had to grab and go, what would I need to survive right away?” Jordan says. She advises placing a suitcase on wheels or other carrier near an exit and putting in emergency supplies for a day or so.

Within the house, keep the following supplies. It may not be possible to put them all in one place, but know where they are:

The emergency managers suggest starting with your home kit, then creating additional kits for your car, office and pet.

Downloadable checklists, as well as more information on planning, getting training to help others in emergencies and working with neighbors is available on the “What to Do to Make It Through” Web site at makeitthrough.org. The information is applicable to catastrophes including flooding, tsunami, severe weather, fire, terrorist attack, drought or landslides, as well as earthquakes. The site includes specific steps to take to survive those separate types of disasters. Materials are translated into 19 languages – click on “Resources + Events” at the top of the home page, then on “Translated Materials.”

“The biggest thing I hear about preparing for a catastrophe is: I don’t have time. I don’t have money. I don’t know where to start,” Jordan says. “Ask yourself, ‘If a disaster happens tomorrow, what is my biggest concern?’ Begin to address that within 24 hours, and then tackle the other things one at a time.”

“Having a child and feeling unprepared is an awful place to be,” McLaughlin concludes. “Doing simple things – like making a kit for my husband, son and me – makes me feel much more prepared for an earthquake or other disaster now.”

Wenda Reed is a Seattle-area writer who is going to commit to doing one thing a week to build a kit and plan for a disaster.

Editor’s note: This updated article on earthquake preparedness was originally published in April 2013. 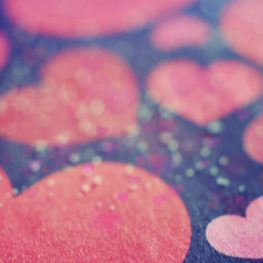 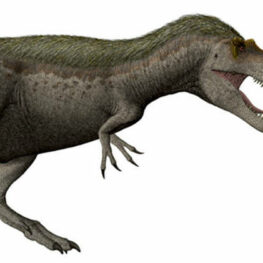 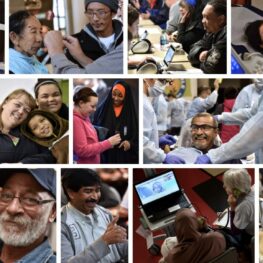