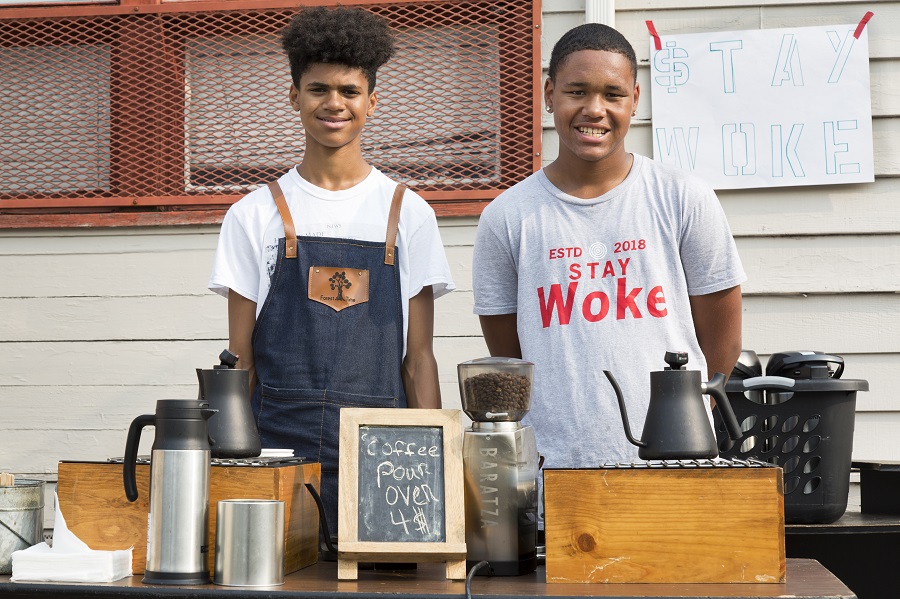 Aaron Bossett and Jamaica Myres are a pair of 13-year-olds who ran a thriving coffee stand called StayWoke Coffee in the South Seattle neighborhood of Columbia City. The venture started as a home-schooling summer project to make some money, but the teenagers’ sustained commitment and a strong response from the community has fanned that initial vision.

Their spot was a folding table on the sidewalk loaded with coffee gear on the corner of South Alaska Street and 31st Avenue South near the light rail station. During normal business hours (weekdays from 6:30-ish to 11 am) would find the two young men who are devoted to the craft of coffee preparation. Their menu is a small chalkboard advertising coffee, flanked by two burners used to heat up water for skillfully prepared pourovers.

“It’s a slow process,” explains Bossett. “You wanna wet the filter, have a perfect bed size, use a fine grind.”

Their purist approach has led them on field trips to places like Visions Espresso, an equipment and training shop in SoDo. Their youthful hustle has also attracted the support of local chefs and baristas, along with celebrities including chef Guy Fieri (Food Network’s “Diners, Drive-Ins and Dives”) and former Seahawks cornerback Marcus Trufant, who dropped by the stand.

All of this is chronicled on their Facebook and Instagram accounts, run by Myres, along with pictures of photogenic pourovers and African single-origin roasts from nearby Empire Espresso. The vibe is entrepreneurship, positivity and respect for the craft and the customer.There’s even digital loyalty rewards for regulars. Long term, they’re looking to open a café.

They shrug off the novelty of their youth as if it’s irrelevant to their main concerns: brewing and customer service.

“Some people treat us as kids, but some people are more professional,” Bossett says.

When StayWoke opens, they sometimes post an announcement on Facebook that could also serve as a mission statement for the upstart business:

“Good morning, beautiful people. We have arrived, and are set up to pour you an excellent cup of coffee.”

The coffee shop stopped regular hours in August, but the partners expect to do some pop-up coffee stands.

Brett Hamil is a writer, comedian, cartoonistand host of the political comedy talk show "The Seattle Process." He lives on Seattle's south end with a wife, a toddlerand two strange dogs.Look for his cartoon "You'd Cry Too" inSeattle's Childmagazine. 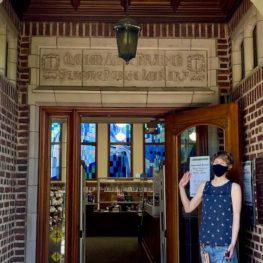 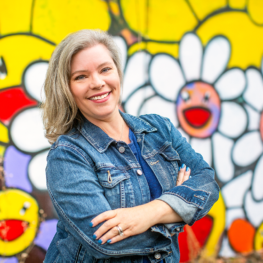