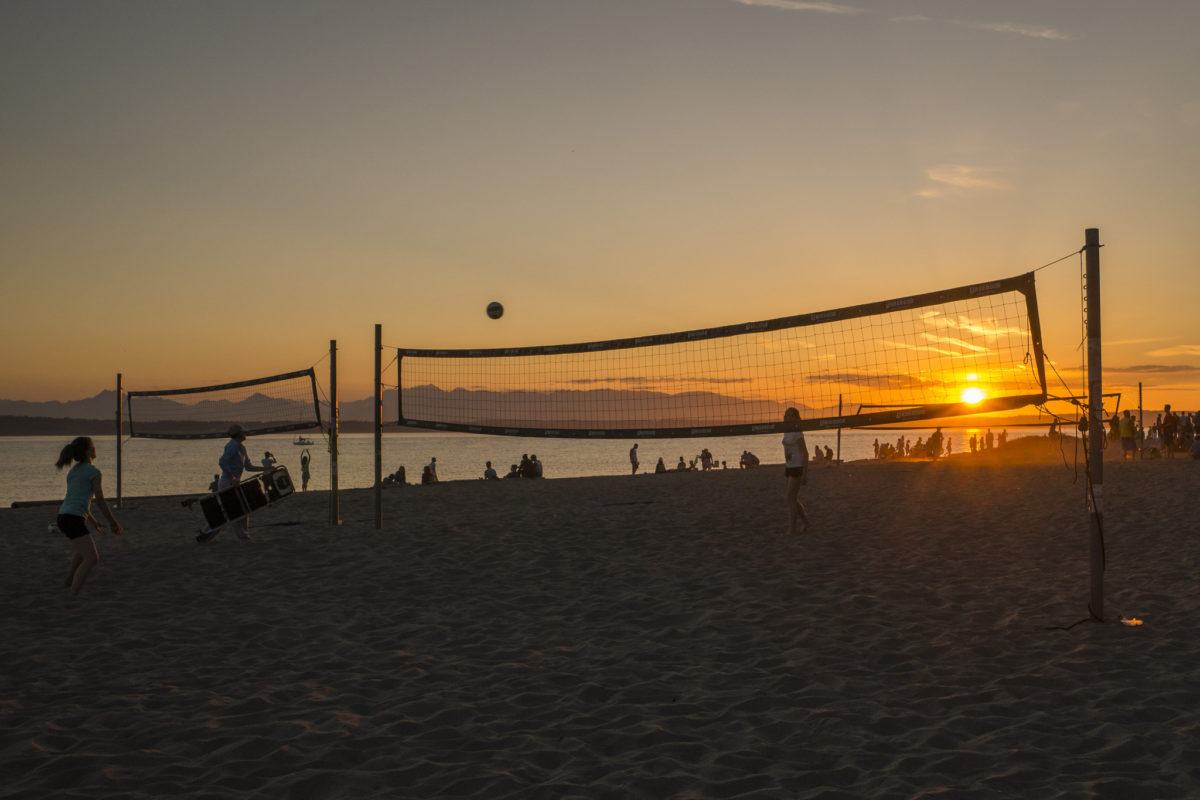 There are more ways for families to play in Seattle’s parks, as we settle into Phase 2.

You can play outdoor tennis or pickleball, shoot basketball hoops, play beach volleyball, eat at a picnic table, reserve a picnic shelter, and use most boat launches.

You can find the details on the City of Seattle’s Parkways blog.

Also, the city banned cars and trucks from Golden Gardens Drive within Golden Gardens Park, so walkers and cyclists can use a new wide, safe (if steep) route from Sunset Hill to the beach.

The city plans to post lifeguards at Madison, Matthews, Mount Baker, West Green Lake, and Pritchard swimming beaches. The city originally announced that the lifeguards would start on July 1, but because of climbing infection numbers, the city postponed sending out lifeguards until July 15 or later. Here is the latest news. When the lifegards do come back, there will be new rules to the swimming areas, including not going any deeper than chest height. Details here.

While we have more freedom than in previous weeks, the city and state still require people follow rules.

You can’t have more than five people in your group, and you need to keep six feet of space between you and those not in your group.

Plus, bring your masks. You don’t need to wear them while you’re exercising, providing you are more than six feet away from people who aren’t in your group, according to the Washington State coronavirus information page on face mask wearing.

The FAQ on the page says:

“You also do not need to wear a cloth face covering when you are exercising outdoors and you have plenty of space. It’s a good idea to keep one in your pocket, though, in case you come across other people you can’t stay six feet away from.”

The rules don’t require kids under 5 to wear masks, though they encourage parents to try to get 3 and 4-year-olds to cover their faces.

Here’s some other ways to play compatible with Phase 2: Teach your child to ride a bike using these four steps, Stay close to home and go on a family bike ride, 9 ideas for livening up your family walks and 19 backyard games for beating boredom. 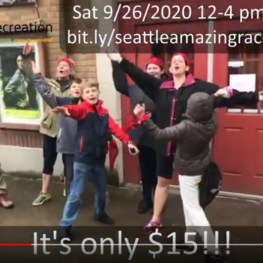