Seattle’s Knox family has taken the old adage “life is a journey, not a destination” and truly lived it.

Take spring break last year. Becca Knox and her son Carter traveled to British Columbia and back by way of five ferryboat trips, one sailing on a passenger-only “SeaBus” ferry, multiple rides on Vancouver’s light rail, SkyTrain, numerous bus rides and they watched a miniature train chug through Stanley Park.

There was also the family trip to Portland that included the BoltBus, Amtrak, light rail, streetcars and the train at the Oregon Zoo. Carter’s sister, Sylvie, and his dad, Matt, joined Carter and his mom on that adventure.

The family calls their style of travel “transit tourism.” Sometimes they make a game of seeing how many different modes of transportation or individual rides they can take in a single day. Carter, 15, who has special needs, is the inspiration for their unique style of travel.

“He’s a transportation kid,” Becca said. “You know how some are.”

Carter loves planning the trips, researching the transit and fun spots to visit. He’ll use travel apps that offer alternative routes to choose from, said Becca.  “It’s sort of like a puzzle.”

Mass transit empowers kids. When you take your car somewhere, it’s mom or dad behind the wheel calling the shots. But with trains and streetcars, kids can have a bigger say in how the family gets around and where they go.

And some of the transit options provide a thrill almost as good as an amusement park ride, zipping along at high speeds, tunneling underground or cruising past traffic on elevated tracks.

Plus you get views of cities and the countryside that you miss taking cars or traveling the freeway. A ferry trip provides glimpses into industrial work at seaside ports or front-row seats to Dall’s porpoises surfing in a ship’s wake. Even the train at the Oregon Zoo rolls through picturesque forested ravines.

Not everyone is as enamored with modes of transit as Carter, and his sister is one of those people. But Becca makes sure they incorporate destinations that her daughter will enjoy, including zoos, parks and hotels with a pool. And there are aspects to the travel that Sylvie does enjoy, including buying the tickets and passes for the rides and the Wi-Fi available on buses and trains.

Transit-heavy trips can get expensive if you’re including lots of rides on car-carrying ferries, but in Vancouver and Portland you can buy day passes that easily pencil out.

“It’s a way of seeing other cities,” Becca said. And it’s building her kids’ independence, she said, in ways that can be applied to other situations.

“You wouldn’t go to Europe without using transit,” she said, “so let’s practice it in a local place.”

After decade of transit tourism, the Knox family has learned some of the pitfalls of transportation-focused tips. Becca advises downloading transit-system apps and buying tickets ahead if possible. When traveling out of country, check the roaming fees for your cellphone service provider. Book your hotel near one of your transit stops to avoid schlepping luggage all over town. And try not to take mass transit during rush hour.

When the goal is to enjoy the scenery and experience the transportation mode, “the fun factor goes away when you’re crowded with a lot of people,” Becca said.

Seattle has lots of transit options, with ferries, electric boats, light rail, monorail, South Lake Union streetcars, Ride the Duck tours via amphibious vehicles… we could go on. And the city is linked to other great nearby destinations with seaplanes out of Lake Union, Victoria Clipper’s high-speed catamaran ferries, and trains and buses. And did you know that Washington State Ferries now accepts reservations for travel to the San Juan Islands?

So plan your own adventure in the city, or experience transit tourism out of town. For inspiration, here are portions of a couple of whirlwind itineraries from the Knox family’s travels:

●      Drive to Swartz Bay, take the BC Ferries to Tsawwassen, drive to downtown Vancouver

●      Stay downtown near one of the SkyTrain (light rail) stations

●      Buy a TransLink day pass for the SkyTrain, buses and SeaBus and explore Vancouver, including the historic train engine at the Drake Street roundhouse in Yaletown

●      Take the bus to Stanley Park, ride the miniature train and visit the Vancouver Aquarium

●      Buy a TriMet day pass and ride streetcars and light rail to the Oregon Zoo, where you can visit the zoo and ride the zoo train to the rose garden

●      Take the Amtrak Cascades back to Seattle 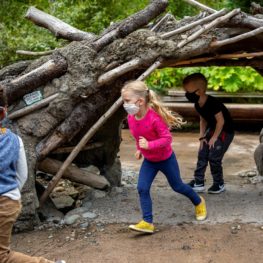 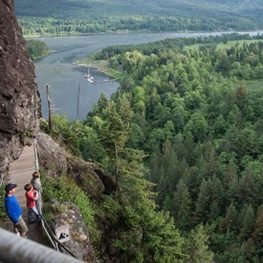 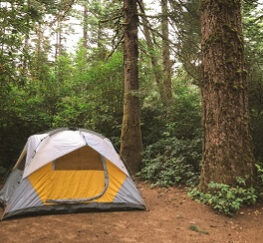 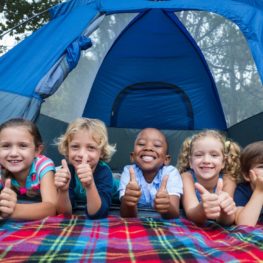