Like blizzard baby booms, it’s what some coaches call the Olympic bump — when rosters and registrations swell for Olympic sports, particularly with a gold medal win for U.S. women’s hockey. And with a National Hockey League franchise potentially coming to town,  Seattle could be on the brink of becoming a hockey town.

About time, say local hockey coaches. Over the past decade, U.S. youth hockey participation has grown steadily, up 21 percent in the past decade according to USA Hockey. Jenn Wood, a coach with Sno-King Amateur Hockey Association (snokinghockey.com) and the Washington Wild (wwfha.com), an organization that promotes girls’ hockey, attributes the growth in part to changes in coaching philosophy that de-emphasize winning and promote skill acquisition: “At the younger ages, it’s about small-area gains and more attention on the puck. Kids under 8 play cross-ice games so they’re close to the puck, they get more time with the puck, and they’re not skating around in the vast wilderness of the rink without ever touching the puck.”

More young people want to try the sport, observes Wood. Youth hockey today is safer and more accessible and inclusive than it’s ever been; for parents who drive to and from the rink, it’s a fast game that’s fun to watch inside.

Retention rates have also increased. “Kids want to stay, they want to come back and play another year, they want to move up to 8U [the next level],” says Wood. “There’s been a decline in enrollment in youth sports, and hockey is one of the only sports that’s actually growing in enrollment right now.”

Hockey, along with golf, gymnastics, lacrosse and track and field, has seen increases, but the so-called “big four” —  football, baseball, basketball and soccer — have seen declines, according to Project Play, a report about the state of youth sports in U.S. by the Aspen Institute, a Washington, D.C.-based think tank.

Kaye Reiter is a Shoreline mother of three “house” league youth hockey players; her boys played soccer and baseball, but the emphasis on winning sidelined their interest in playing.

“It just wasn’t fun. They put the best kids out, and they don’t play all the kids and help them get skills,” says Reiter. “Hockey is about teaching skills.”

But hockey participation is limited by ice availability. While it’s relatively easy to find a basketball court, baseball diamond or field at any neighborhood park, there are no year-round ice rinks within Seattle city limits: the closest rinks are in Shoreline, Kent, Renton and Lynnwood.

Hockey has earned a reputation over the years as being violent, but Gord Whitaker, coaching director of the Seattle Junior Hockey Association (sjha.com), says youth hockey has made great strides toward diminishing violence and injuries.

“When it comes to violence, that’s a fascinating stereotype that exists, and it was well deserved once upon a time. That’s really no longer the case. It’s really gone to a high-pace, high-skill game, and that’s trickled down to the youth,” he says. There are only two levels of youth hockey that allow “body play,” and they’re reserved for older kids.

Perhaps more than other popular sports, hockey requires lots of equipment to even get started: pads, sticks, skates, helmet and — of course — skating lessons. Two area organizations make it easy for aspiring athletes to get into the game.

“Both SJHA and Sno-King began with the mission to keep the game as affordable as possible,” says Whitaker. “When you’re a beginner, you get a substantial discount just to try out the game. There are ways to defer some of the costs, through a kind of scholarship program.” Both programs periodically offer “try hockey for free” days, and offer entry-level pricing that includes ice time, lessons, and low-cost gear rental: Hockey 1 at SJHA is only $159 for eight weeks of classes, or $199 for the classes and gear rental.

Women’s hockey started to take off in the U.S. after it first appeared in the 1998 Olympics in Nagano, Japan; the U.S. women’s team has earned two gold medals, three silver and one bronze. The Washington Wild has been around for 15 years, and in the past three years has grown from three teams to nearly a dozen, with opportunities available for girls of all ages and abilities.

The NHL declared February “Hockey is for Everyone” month, which “uses the game of hockey — and the League's global influence — to drive positive social change and foster more inclusive communities.” In conjunction with USA Hockey, the league promotes diversity initiatives to make hockey more accessible to underrepresented communities.

“What I really hope is that [the NHL coming to Seattle] inspires the joy of the game and the ability to watch the world’s best play right here,” says Whitaker.

Seattle fans love their Seahawks, Sounders, and Mariners — and they sure miss their Sonics — but will the Emerald City ever be a hockey town? Actually, it’s been one for more than a century.

In 1917, the Seattle Metropolitans became the first American team to win the Stanley Cup. They would appear in the finals again in 1919 and 1920 before folding in 1924.

Today, area hockey fans can watch teams from the Western Hockey League. The Seattle Thunderbirds (seattlethunderbirds.com) play at the ShoWare Center in Kent and the Everett Silvertips (everettsilvertips.com) play at Angel of the Winds Arena. The WHL is part of the Canadian Hockey League, which prepares young, mostly Canadian players for the NHL; it serves a similar function to college sports in the U.S.

The Greater Seattle Hockey League (gshockey.com) is one of the country’s largest amateur hockey leagues, with nearly 100 teams across eight divisions, offering opportunities for all ages and skill levels 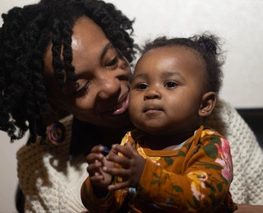