Gregory Scruggs is an award-winning independent journalist who writes about built, natural and cultural environments. From his home base in Seattle, he has reported or conducted research in over two dozen countries and contributed to publications like The New York Times, The Washington Post, Guardian Cities, Bloomberg CityLab, Metropolis, Monocle, Next City, US News & World Report, Thomson Reuters Foundation and Fast Company. 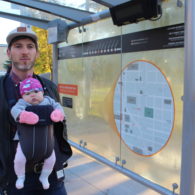