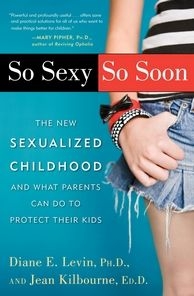 Angeles Arrien, author of The Four-Fold Way, once said, "When we lose touch with our inner wisdom, we abnormalize the normal and normalize the abnormal." What was considered crazy, disgusting, or taboo yesterday could become status quo, even necessary, tomorrow – if you aren't paying close attention to your own internal guidance system. But that's not so easy to do anymore. Today's commercialized culture pushes limits for market share and bombards with mass-delivered influential, often aberrant messages – making it increasingly difficult for moms and dads to function from their "wise selves."

An extremely disturbing trend is the counterfeit culture's sexualization of children. From early childhood through adolescence, today's kids are bombarded with negative gender images and skewed messages about sexuality. Twenty years ago, for instance, when I was raising my children, it would have been unheard of, even unspeakable, for manufacturers to market thongs for 7-year-old girls. Yet today, crazy as it is, that's what's happening.

The book So Sexy So Soon: The New Sexualized Childhood and What Parents Can Do to Protect Their Kids by Diane Levin and Jean Kilbourne provides many other equally distressing examples of how our innocents are now just cogs in the "sex sells" marketing wheel. The impact is profound. So Sexy So Soon demonstrates the critical urgency of the issue and beautifully articulates what can be done about it – by parents and by all of us working together to stop this insidious form of child abuse.

Diane Levin, an education professor of at Wheelock College in Boston, has been involved in training early childhood professionals for more than 25 years. She has worked extensively in the field of media-related issues, and is an internationally recognized expert on the effects of violence, media, and commercial culture on children. She is the author or co-author of seven books, including Remote Control Childhood? and The War Play Dilemma.

Jean Kilbourne, a senior scholar at the Wellesley Centers for Women at Wellesley College outside Boston, is internationally recognized for her pioneering work on the image of women in advertising. The New York Times Magazine named her one of the three most popular speakers on college campuses. She has produced award-winning films, including the Killing Us Softly series and is the author of Can't Buy My Love: How Advertising Changes the Way We Think and Feel.

Either one of these remarkable women could have written So Sexy So Soon on their own. I'm glad they decided to team up, instead. The combined wealth of each of their backgrounds and expertise brings a rich tapestry of ideas, examples, and suggestions. The ultimate power of the book is their compelling, united voice – not only as professionals pioneering this work, but also as mothers.

By sharing parenting examples of their own fears, questions, and successes – we even get treated to a piece on what parents of teens need to do by Jean's then 20-year-old daughter, Claudia – they give us hope. It's nice to know we are not alone in the trenches – even experts don't have all the answers. Yet, if we do a few things right – like keep connected to our kids and our love for them – lots can work out well. Even experts get lucky.

Beginning with a discussion of what is normal and what is not normal, Levin and Kilbourne lay out the issue of sex, sexualized children and teens, along with the objectification this brings, clearly linking sexualization to consumerism.

"But sex in commercial culture has far more to do with trivializing and objectifying sex than with promoting it, more to do with consuming than connecting," they write. "The problem is not that sex as portrayed in the media is sinful, but that it is synthetic and cynical. The exploitation of our children's sexuality is in many ways designed to promote consumerism, not just in childhood but throughout their lives."

Chapter three gives important guidelines about how young children are likely to think about sexual images based on their stage of development. This is an extremely helpful tool, especially since it is coupled with a discussion of the key concepts that parents need to effectively address the problem.

"Children are learning lessons from today's sexualized environment that can undermine the very foundations they need in order to grow up to be capable of having caring relationships of any kind, including those relationships in which sex plays a role," they write.

The "clash of cultures" between what parents want for their children – the family culture – and what the commercial culture actually pushes on children, forms a backdrop for So Sexy So Soon. The authors know that it is parents, as well as their children, who suffer because of this. "In a 2002 survey of parents of five-to-seventeen year olds, almost half reported that their biggest challenge was trying to protect their children from the negative influences of the outside world," Levin and Kilbourne write.

They give many examples of struggles to understand and mitigate the commercial culture's influences on children and teens – examples any modern-day parent or teacher can relate to. These examples give the reader the opportunity to take a journey with the parent (or pull her hair out with the parent) as he or she struggles to figure out how to respond to a little girl crying because she "is too fat," for instance. In addition to providing parental dilemmas, the authors give detailed examples of how to talk to children about these issues; what to pay attention to while listening to your child talk about these issues; and important questions to ask and why.

Chapter six focuses on "the power of connecting deeply with children," and gives a sentence-by-sentence dialogue between a mother and little girl who thinks she is too fat, alongside a commentary by the authors with explanations for the suggestions given. If you don't have a lot of time, you could start the book here. There are other excellent examples in this chapter that show the potential responsiveness of children when we relate to them and how parental fear can fade away when we understand how our children are thinking about potentially contentious issues. The book demonstrates that listening deeply, asking non-judgmental questions, keeping a clear head, and finding out all the facts go a long way to supporting our children's healthy development while lowering the potential for negative influences.

By admitting that the sexualization of childhood is a complex issue with no quick fixes and by giving practical "how to's," the authors provide both a thoughtful, well researched analysis of the problem as well as an effective action handbook that includes well-selected books, organizations and practical activities.

The authors conclude by calling us to get involved in "creating a new cultural environment" with 12 excellent and doable choices. Obviously, we cannot let commercialized sexualization of children become normalized.

Levin and Kilbourne quote Cordelia Anderson, who reminds us that "‘once something becomes normalized, it becomes the wallpaper of our existence – we don't see it, we accept it as just the way it is and we are numbed to seeing any ill effects or taking action to change it,'" So Sexy So Soon motivates readers to take action on behalf of our children, de-numbing our society in the process. 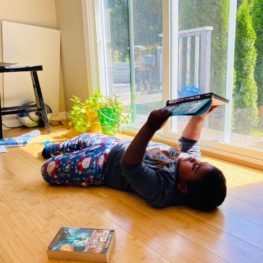