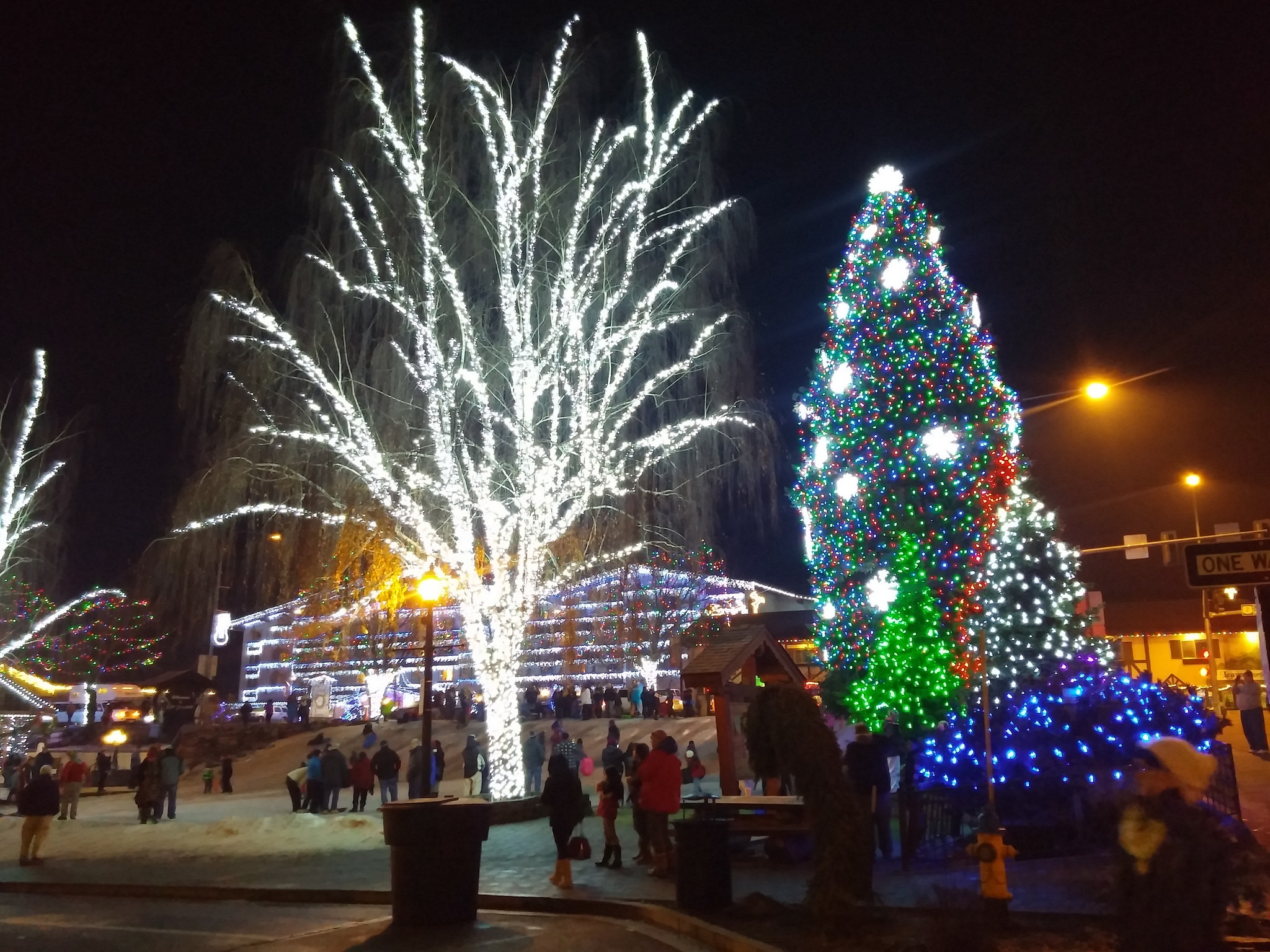 Leavenworth is a popular year-round destination for families, but December in this Bavarian hamlet is downright magical. The little burg, tucked in a picturesque valley on Highway 2, comes alive each Christmas with lights, holiday festivities, and fresh snowfall – the perfect antidote for the rainy Westside blahs.

For three weekends prior to Christmas, Leavenworth's Christmas Lighting Ceremony, the most popular festival of the year, puts a serious sparkle on the town. The Lighting Ceremony is held on Saturday and Sunday, starting around 4:30 p.m. Lighting begins at both ends of Front Street, Leavenworth's main street, to illuminate the town in segments, transforming it into a place of fairytale wonder.

Along with twinkly lights, holiday cheer abounds all weekend long, with Saint Nicholas arriving by carriage on Friday evening to greet families at the Front Street Park gazebo. On Saturday and Sunday, the Opening Ceremony at noon features Saint Nick, Santa, Father Christmas, and other Christmas characters, such as Frosty and Rudolf. Live music and entertainment – strolling carolers, choral music and harp performances – add to the festivities, which continue until 6 p.m.

If you have preschool-aged kids and prefer not to be constrained to the weekend schedule (and the crowds), you'll still catch the magic of Leavenworth lights Monday through Friday, without the Lighting Ceremony itself or the weekend entertainment.

Surrounded by craggy, snow-covered mountains, Leavenworth is well known for Nordic skiing and snowshoeing, and contains more than 25 kilometers of groomed trails right around town, including a 3-km trail around Waterfront Park (walkable from town) and the gentle Icicle River Trails, popular with families.

The family-friendly Ski Hill, just north of town, provides alpine skiing on two groomed hills serviced by rope tows, as well as snow tubing for kids ages 8 and older. For serious alpine skiing, catch a shuttle to Stevens Pass or head to Wenatchee's Mission Ridge for the day.

You can rent ski gear and snowshoes at a number of shops in town. Try Der Sportsmann or Leavenworth Mountain Sports.

While you're at Ski Hill, keep your eye open for jumpers on "D" Hill, the only ski jump in the region. In decades past, Leavenworth was famous for its ski jumps, and in the 1930s and 40s, competitive ski jumping put the town on the international sports map, with some of the town's national competitions drawing as many as 5,000 to 7,000 spectators. These days, people jump just for fun, and coaches are available by appointment to teach the skills. Learn more about ski jumping at www.skileavenworth.com.

When kids have had enough of snow play, Leavenworth's compact footprint begs to be strolled – in fact, the town's main attraction is the town itself. With more than 65 specialty shops, kids will want to, well, shop. My kids love the Hat Shop and its more than 1,000 hats, as well as the adjoining Wood Shop, a fun-filled toy store where the kids have been known to return several times in a day. Kris Kringl, the year-round Christmas store, comes alive this time of year, and of course, you can't skip the chocolate shops – try the gourmet Schocolat or the Fudge Hut.

The Nutcracker Museum holds some 6,000 nutcrackers from more than 40 countries. The museum is the brainchild of Arlene Wagner, a former ballet teacher who produced the famous Nutcracker Ballet for many years. If your kids have seen the ballet, they'll especially appreciate Wagner's collection.

Be aware that December in Leavenworth is popular. Visitors often schedule accommodations well in advance, so try arriving for the Sunday lighting ceremony if Saturday is booked up. Otherwise, try a mid-week visit or head over later in the winter. If you're trying to get in on a busy night, try contacting the Leavenworth Chamber of Commerce, which tracks available rooms in cabins, B & Bs, condos and hotels both in Leavenworth and surrounding towns. E-mail the chamber at info@leavenworth.org or call 509-548-5807.

Freelance writer Joanna Nesbit tries to get east of the mountains as often as possible with her family. 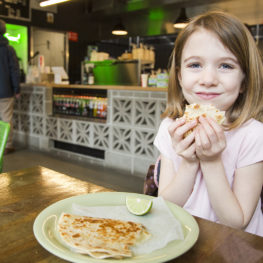 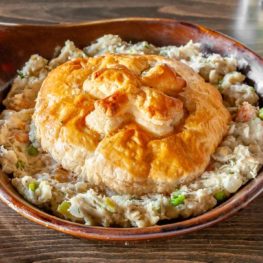