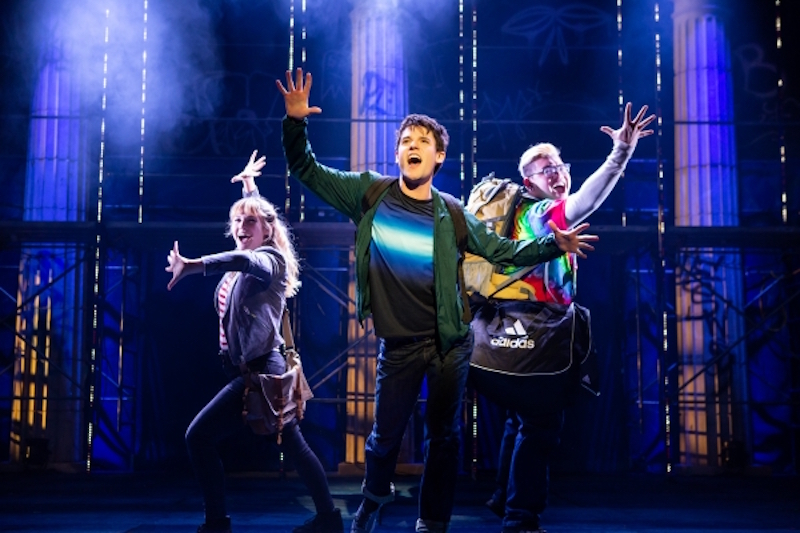 You know a show is going well when kids are reaching to grab a flying toilet paper roll as a souvenir.

“The Lightning Thief: The Percy Jackson Musical” opened last night at the the 5th Avenue Theatre, bringing to life a whole cast of characters from the best-selling young adult novel (and book series) about the teenage son of Poseidon and a mortal woman.

It was an enchanting, energetic mix of teen angst, powerhouse singing — and astounding quick costume changes. There were many characters on the stage throughout the night, and only during the standing ovation did I note that the large cast of characters was played by a mere seven actors.

“It was good,” said the 12-year-old who attended with me. (That’s high praise from a middle-schooler who wasn’t so sure he wanted to attend any musical that wasn’t “Hamilton.”)

His favorite performer of the night (and mine) was Ryan Knowles, the actor who changed himself into a wide array of heavily accented roles, including a bizarro surfer dude, a very British teacher, a campy female artist evoking Gloria Swanson in “Sunset Boulevard,” and a cartoonishly goofy tractor driver, among others.

The excitement level was high among the audience, which was packed with older grade-school kids and younger teens as well as grownups.

Chris McCarrell, the actor portraying Percy Jackson, the hero and son of Poseidon, got the biggest applause of the night after a performance that combined a little awkward charm with teenage gawkiness in the epic quest to save Mom.

The play is recommended for school-age kids, preferably at least age 8. (See the video for a preview of the scary-looking minotaur). I can definitely see younger kids deciding that, nope, they are not sticking around when that thing’s in the room, so please do plan accordingly. The musical is in town from now until April 28. 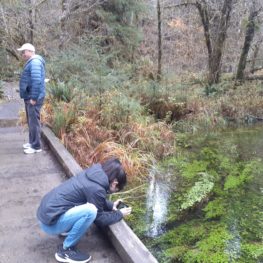