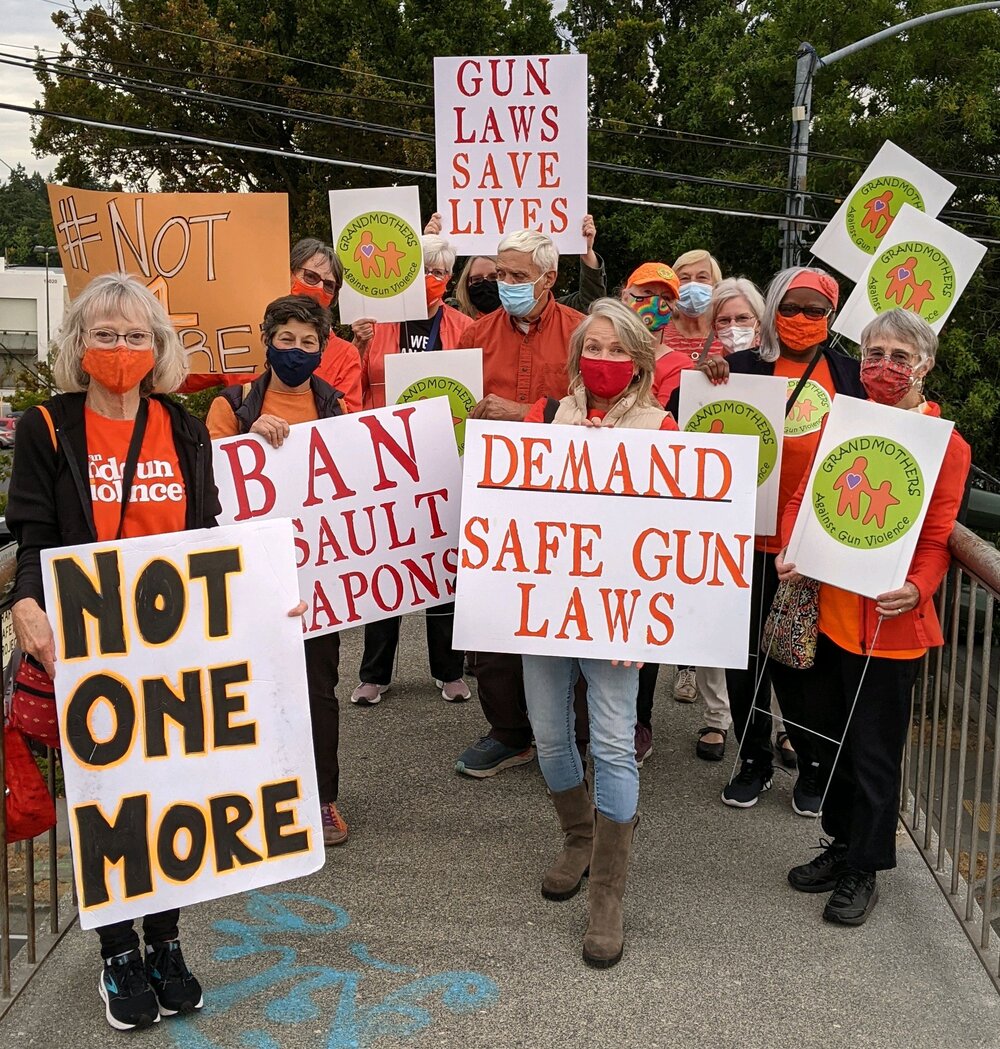 “This cannot be what normal looks like in America.”

Washington Governor Jay Inslee’s tweet May 24 captured well the shock and sadness of parents across Washington and around the world as they wrestled with the news of yet another school shooting. The slaughter of 19 students and  educators at Robb Elementary School in Uvalde, TX caused numerous Washington leaders and local anti-gun violence organizations to call out Congress for it’s failure to pass greater restrictions on gun and ammunition access in America.

“Want to show you care about kids and our communities?” Inslee asked in the tweet which urged federal lawmakers to require universal background checks before gun purchases, ban high capacity magazines, ghost guns and bump stocks, and heavily fine gun owners whose unsecured guns show up in a crime or accidental shooting.

“Washington has done this,” said Inslee. “Your turn, Congress.”

While Inslee and others, including Senator Patty Murray, demanded Republicans in Congress do more to stop gun violence, Seattle Mayor Bruce Harrell pointed to state lawmakers.

“In Seattle, we are committed to doing everything we can to prevent gun violence and keep our communities whole. But the truth is, even right here, right now, we cannot take the action we need to take,” Harrell said in a statement released following the tragedy. “In Washington, because of state preemption, cities are nearly completely prohibited from passing our own laws to keep our communities safe from gun violence. This must change. Cities and towns across our state need to have the freedom to enact laws that reduce gun violence, particularly now as shots fired and shooting deaths are spiking.

“For our nation and for our state, for our communities and for our kids, today must mean enough is enough,” Harrell said.

A personal call to parents

“As a father, community member, and our state’s schools chief, I am making a personal appeal to you today to please reconsider gun possession in your home if you are a gun owner today,” Reykdal said in a statement issued May 25. “In America, the overwhelming data are clear that gun owners and their families are more likely to die by their own gun than they are to use them in self-defense or protection. Please join me in considering the deeply personal choice of not keeping a firearm in your home. With our personal choices, we can save lives immediately.”

[A 9-year-old Federal Way child was critically injured when shot by his 8-year-old brother in their Federal Way home on May 19, 2022.]

There is no one solution to the country’s gun violence epidemic. Anti-gun violence groups advocate a multi-pronged approach.

How to take action against gun violence

Below are anti-gun violence actions advocated by those leading the fight for end gun violence in America:

1. Call on Congress to make Extreme Risk Protection Orders federal law.  ERPOs are the law in Washington state and allow law-enforcement officers, family members and others to ask a judge to keep firearms out of the hands of someone deemed a danger to themselves or others. In the push to enact better gun control laws, there’s a movement to make ERPO’s a federal law. Read about the successful grassroots effort by parents to make ERPOs a Washington state law.

To contact your state lawmakers and congressional representatives, call Washington’s Legislative HOTLINE at 1-800-562-6000.

3. Support research, including asking state and local policymakers to continue funding of research into the public health impacts of gun violence in the community in Washington. Click find out about gun wiolence research conducted by University of Washington School of Public Health and Harborview Medical Center.

5. Practice safe gun storage. If there is a gun in your family home, practice safe gun storage and support safe storage and access prevention laws that require responsible gun owners to make a reasonable effort to keep guns out of the hands of children and other prohibited persons. The King County Public Health Department has teamed up with firearm storage device retailers. In addition to safe storage being tax exempt in Washington, through the LOCK-IT-UP Program, residents can learn about the importance of safe storage, purchase devices at discounted rates and learn how to practice safe storage in the home.

6. Ask if there is a gun in any home your child visits. Ask the owner if they follow safe storage practices. 34% of Washingtonians report a gun in the house – of those 36% report following safe gun storage guidelineHars. How to Ask about Guns in the House Before a Play Date

7. Attend a Grandmothers Against Violence “Show Up” event to learn more about violence prevention and to participate in the organization’s efforts to pass common sense gun safety legislation at the local, state and national levels. Events are held on the 14th of each month. All are welcome. Grandmothers Against Gun Violence.

8. Join and participate in an advocacy group working to end gun violene. These groups provide a quick education on the current efforts to improve gun control laws locally and nationally and tell you how and who to contact to have your voice heard.

Here are a few with active local chapters:

If you have additional suggestions for ways parents or families can take action against gun violence in our community, please send  the information to editor@seattleschild.com so we can share it.

In the fight for stronger gun laws, you don’t have to march on the streets (unless you want to)