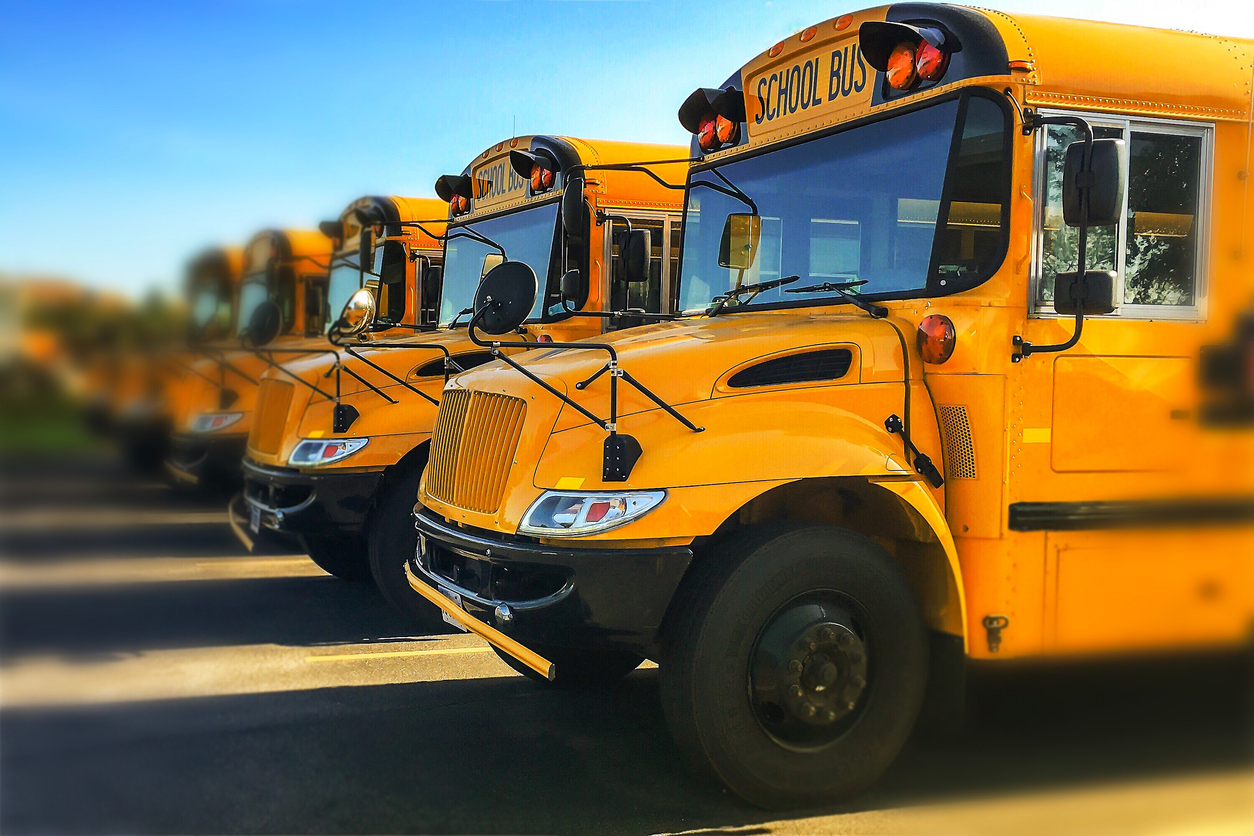 First Student, the for-profit company that has had the Seattle Public Schools bus contract for 30 years, puts students at risk. That’s not my opinion, it is the finding of a multiyear investigation by the Washington State Utilities and Transportation Commission (UTC). In a February 2022 report the UTC found that “First Student committed 634 violations of Commission rules and requirements.” According to that report, 396 of the violations “were critical, acute, or repeat violations.”

Among the repeat violations cited were 38 instances of First Student “using a driver before the motor carrier received a negative pre-employment controlled substance test result for that driver,” 35 instances of “failing to require a driver to complete an application for employment prior to driving,” and two incidents of “operating a bus with a seat that was not securely fastened to the vehicle.”

As appalling as these violations are, this is by no means the first time that First Student has been found putting students at risk. In 2016, First Student paid an $11.5 million settlement in response to a lawsuit that alleged that the company “jeopardized the lives of San Francisco area schoolchildren by transporting them with buses known to have critical safety defects such as threadbare brakes and worn tires.” Worse, “according to First Student’s own records, the company committed more than 300 violations of the district’s 45-day inspection requirement over a nine-month period. Many of these violations concerned critical safety defects that should have resulted in removing the bus from service.”

Seattle Public Schools, is currently considering bids for a new multiyear bus service contract. The bidders are Zum, a relatively new provider from California, and First Student, the multinational company that has had the SPS bus contract for decades. And while parents might assume that SPS would hesitate to sign again with a company that has a long track record of safety violations and fraudulent statements, SPS staff are moving ahead with a new contract for First Student.

In response to questions about the violations cited in the UTC report, FirstGroup America spokesperson Scott Gulbransen said “those violations were for our charter business, not our home-to-school business.” This seems like a blithe way to dismiss 396 safety violations that put students at risk, but as dismissive as that statement is, First Student’s spokesperson does make a good point: The hundreds of violations cited by the UTC all occurred during charter bus rides, such as to after-school events, rather than during regular school transportation. So the question is: Does First Student do a better job safely serving SPS students’ regular bus routes, or does their pattern of safety violations affect SPS students in their daily rides to school?

To answer this question, I contacted parent groups and asked families to share their experiences with First Student at SPS, specifically asking that they limit responses to situations that occurred during First Student’s current five-year contract. Within the first day, 22 parents had contacted me, many of them sharing details of more than one troubling incident.

Four families told me that their kids’ buses had crashed while they were riding, some more than once, and that they were never notified by First Student, they only heard about it from their kids. Ji-Young Um wrote that in January of 2022 her child’s bus slid off the road during icy conditions. “I don’t blame the driver or First Student for bad road conditions, of course. The problem was that we had no idea and no way of knowing that this had happened! According to my kid, a few kids who had phones called their parents (who then maybe called other parents? Everyone seems to have gotten back home eventually somehow). Luckily for us, my kid’s friend’s grandmother was kind enough to bring her back to our house. … Never got a call or notification of any sorts afterwards either.”

Six parents shared times when bus drivers behaved inappropriately. One parent said that their middle-schooler’s bus driver would ask students to get off the bus and go push the pedestrian button in order to make a light turn green faster. Another parent said that their child’s bus driver sorted students on the bus by gender, making boys sit on one side and girls on the other, and harassed a non-binary student who objected.

Meg Hamner relayed multiple incidents in which a bus driver behaved inappropriately toward students with disabilities. “I caught the bus driver smoking at the end of my street with a bus full of special needs nonverbal kids. When I confronted her on this she yelled at me to get away from the bus.” After that the bus driver used the bus to block Meg’s car into her driveway. When Meg reported this behavior “an ‘investigation’ was started, but I was never told the outcome and was refused being allowed to see the bus video.” Meg also witnessed the same driver “telling nonverbal special-needs kiddos from preschool to ‘shut up and quit your crying.’” After these incidents, Meg says “we never rode the bus again.”

The most common stories, 19 in all, were of students being dropped far from home, put on the wrong bus, or lost while in First Student’s care. Nadia Camille Simpson wrote that on March 2 her 8-year-old, on their third day at a new school, was left at the wrong stop. “He was found over a mile away … He found a woman who ‘looked kind,’ and she took him to a coffee shop who called the school.” While her child was looking for help, Nadia contacted SPS’s transportation department and First Student looking for him, and was appalled by the response. Nadia said that afterward First Student’s response was “essentially ‘not our problem.’”

Now Nadia’s child has an Apple tag on their backpack so that she can track them if this ever happens again. “The analogy I made to the principal was: If a child wandered off the playground or was given to the wrong adult, the school would not just say, ‘Oh well.’ There would be major consequences and follow-up. How is the bus driver and system any different?”

Three parents wrote that their kids had been lost by First Student and put in danger as a result. Stacy Bumback reported that one day she heard from their after-school care provider that her daughter did not arrive. She “called SPS and her school in a panic. For two hours we did not know where our daughter was and if she was safe. SPS did not have a way to contact the driver and confirm if our daughter was still on the bus or to even track where the bus was.”

Another parent (who asked not to be named out of concern that there might be reprisals against his child, who is still transported by First Student) shared that his “kids were lost twice by First Student 2015-2019. As in, Dispatch couldn’t find the bus or reach the driver. The first time our kid was left on the bus alone, 7 years old and shoulder-strapped into the back row, unable to free himself, parked back at the depot, end of day, in the middle of June, by a driver who was Day 2 in the job and did not have a ride-along driver. Our son could have died.”

As frightening as each of these incidents is, it is even more concerning that parents consistently reported that First Student’s response was to deny responsibility rather than taking action to ensure the incident would not be repeated. One parent who asked not to be named shared that “we are having to pursue legal action because neither the district or First Student were able to offer any kind of resolution through the standard complaint channels.” Nicole Siciliano reported that after a driver dropped off her daughter at the wrong place, “First Student was awful about it, so rude and condescending.” That matches Nancy White’s experience. When her child was put on the wrong bus and then dropped alone at an unfamiliar location on a busy arterial, “I was told there would be a report and I would get a response. I never heard back.”

What all of these reports make clear is that First Student’s documented track record of safety violations is not limited to its charter business. The same pattern of sloppy oversight and failure to correct known issues is putting SPS students at risk of serious harm.

Seattle Public Schools has proudly adopted a student outcomes-focused governance model, which says that all decision-making in the district should be guided by how those decisions affect students: “Changes in student outcomes are not possible without changes in adult behavior — and the Seattle School Board is committed to making changes to center outcomes for students in its governance.” If student outcomes are the district’s north star, then it cannot sign a new contract with a service provider who puts students at risk. It is time for Superintendent Jones and the School Board to be the adults who change the district’s behavior. It is time to put student safety first.

My family thought about leaving SPS; why we decided to stay

Mary Ellen Russell is the chair of the City of Seattle School Traffic Safety Committee and a parent of two students in Seattle Public Schools. The opinions expressed are her own. 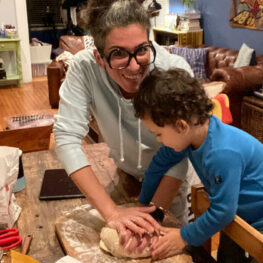 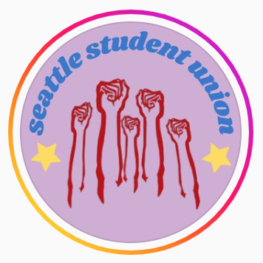