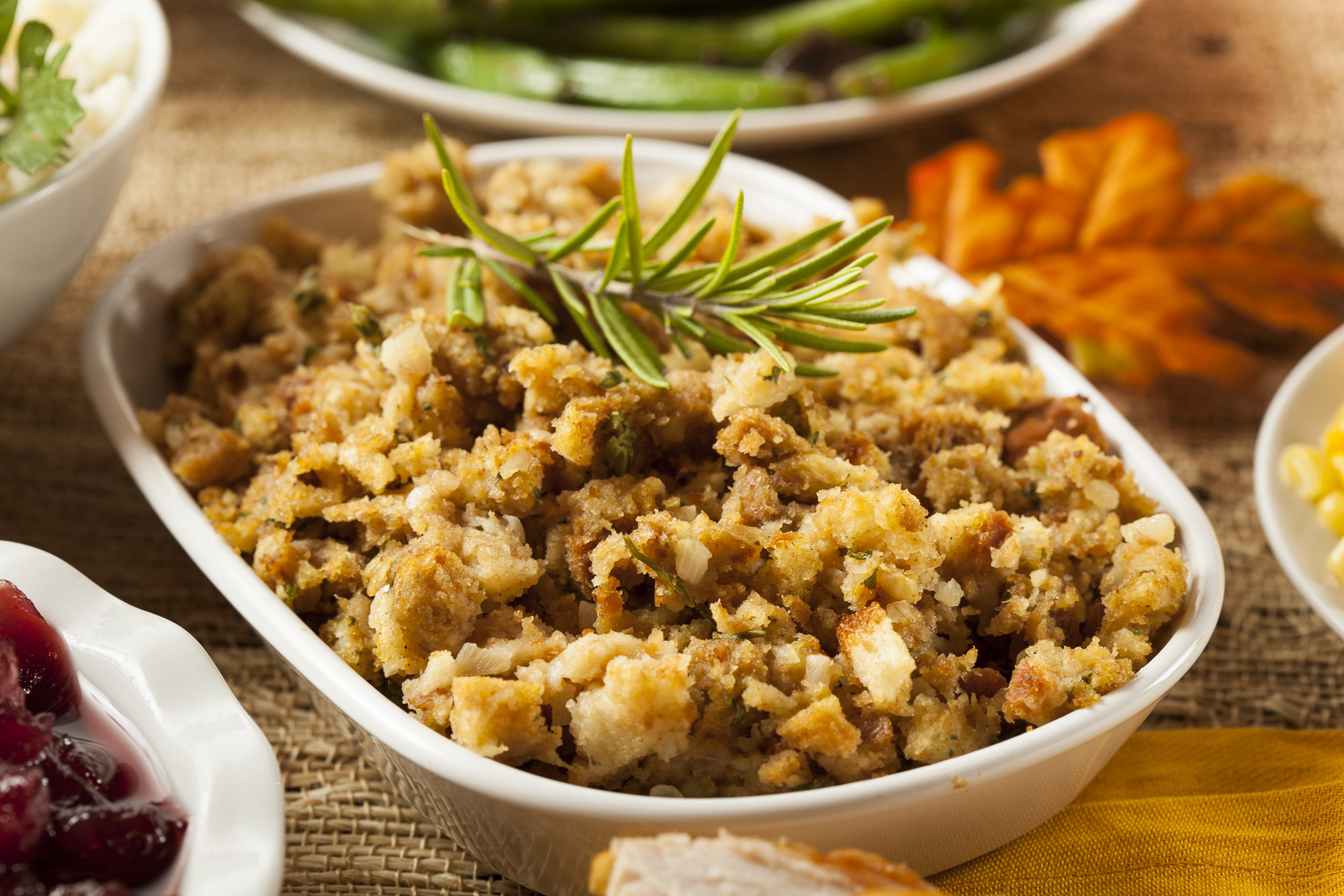 People have very strong emotions about turkey stuffing. And my strong feelings about stuffing have led me to the conclusion that this year, I’d like to make five types of stuffing.

It is more than just what fills up a turkey (or, if you’re playing it safe, a casserole dish). I grew up on two types of stuffing at every family event with a roast fowl, and my late grandmother, a native of Ireland, grew used to me being the only one of her offspring that loved — and required — that she make her old Irish recipe “potato dressing.”

My mom and her siblings wanted the much more complex “American” bread stuffing with celery and sage and all that. I guess I’m a carb person at heart, so I never complained about there being too much stuffing. (And why would I?)

Since then, I’ve been lucky enough to marry a man who just loves to make a turkey. (Seriously, we have had Novembers in which he has made a turkey TWICE. That is commitment. However, he needs — and much prefers — his family’s noodle stuffing, a delicious, paprika-y, mushroomy egg noodle concoction always made by his late Eastern European Jewish American grandmother. As a self-professed stuffing head, I am not complaining.

But if the resident chef ONLY makes noodle stuffing in the turkey, I miss out on the bread or potato stuffing that I require to make turkey-stuffing-cranberry sandwiches from his vast quantities of leftover turkey — served on wheat, cut into 16 little pieces (in the fashion of my grandmother) and smothered in gravy, of course.

While noodle stuffing is one of my favorites, it doesn’t blend well with cranberry sauce, another favorite. (Thanksgiving crisis alert!) Luckily, I am usually game for making more stuffing and the side dishes.

To complicate matters, a good college friend, Sonia, set us to the task of making a special stuffing for her Thanksgiving gathering in the early 2000s (before kids). It was one of the more complicated recipes I had handled at that point: A fantastic NOLA style shrimp-andouille cornbread stuffing. It’s a little like a surf and turf entree — with cake. Again, it does not go well with cranberry sauce, smothered in gravy, but I’d definitely put it on my plate, next to the other three.

The following year, she had another inspiration: a cheese and leek bread pudding stuffing. Um, yeah. That exists. And, yeah, it’s pretty great.

So, well put me down for five stuffings this year! (I’ll leave a little room for turkey.)

The irony here? I have one kid who eats no stuffing at all (let’s call him the fussy one) and another who eats almost everything on the planet (one of his favorite dishes is grilled baby octopus on a stick), but does not really care for stuffing. He can take it or leave it.

My next column: Am I sure I gave birth to these people?

Here are the five stuffing recipes:
FDA tips on how to stuff a turkey safely

This is Agnes’ recipe, from farm country near Gort, County Galway, by way of Boston. My aunt and uncle came to the rescue with this recipe this week with a handwritten list he had jotted down as dictated by my grandmother, who passed away in 2001. Kids who love mashed potatoes and hate all the odds and ends found in other stuffings will love it. (Warning: The recipe is a wee bit imprecise.)

Mix it all together and put it in the turkey — or in a baking dish to cook alongside the turkey.

We have an annual ritual each year in which my husband frantically calls his mom for this recipe a day or two before Thanksgiving. Here it is, a few days early, in her own words from an old family email! This is the famous noodle stuffing, created by the late Tillie of Northeast Philadelphia, who passed away in 2019:

Cook noodles al dente in large stainless steel pot without salt. The latter makes it easier, because you can mix the recipe in same pot … after you drain … but do not rinse, and store the finished recipe overnight. Thus the ingredients marry and become more delicious.

Add the rest of the ingredients to the hot noodles, all except the eggs … which are added at the end when the noodles have cooled down.

The one packet (of onion soup mix) that is reserved I rub out the cavity of the bird, and under the skin before adding the stuffing … as you’ve seen me do.

(Editor’s note: This yields a huge amount of stuffing, enough for 20 people and for leftovers. Consider making a half-order or less. More processed ingredients were substituted for convenience as Bubbie got older, so fresh chopped mushrooms, celery, garlic and onions can be subbed in for the canned mushrooms, celery seed, garlic powder and onion soup mix.)

New York Times food writer Mark Bittman’s “My Favorite Bread Stuffing”  from “How to Cook Everything,” the first cookbook we used a lot. (There’s no celery in this one, which many might object to.) I use walnuts, but nuts can be omitted for people with allergies or fussy kids. And, yes, I use both sticks of butter.

This stuffing from Food and Wine is not just entree-worthy, it’s worthy of its own separate dinner party. We’ve made it numerous times. It’s complicated, but worth the effort.

This is very close to the recipe my friend Sonia uses for her favorite fancy-pants bread pudding stuffing. It’s also a great vegetarian entree for Thanksgiving.

This story was first published in November 2020.

Sharing the joy of food with Rosie Mayes 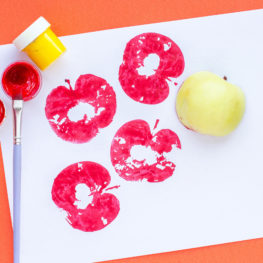 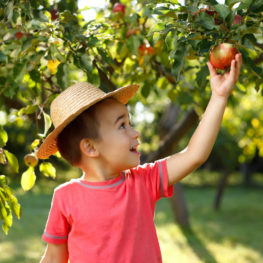 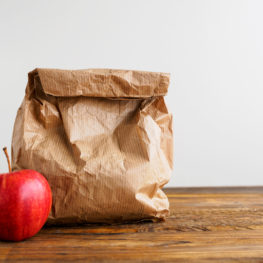