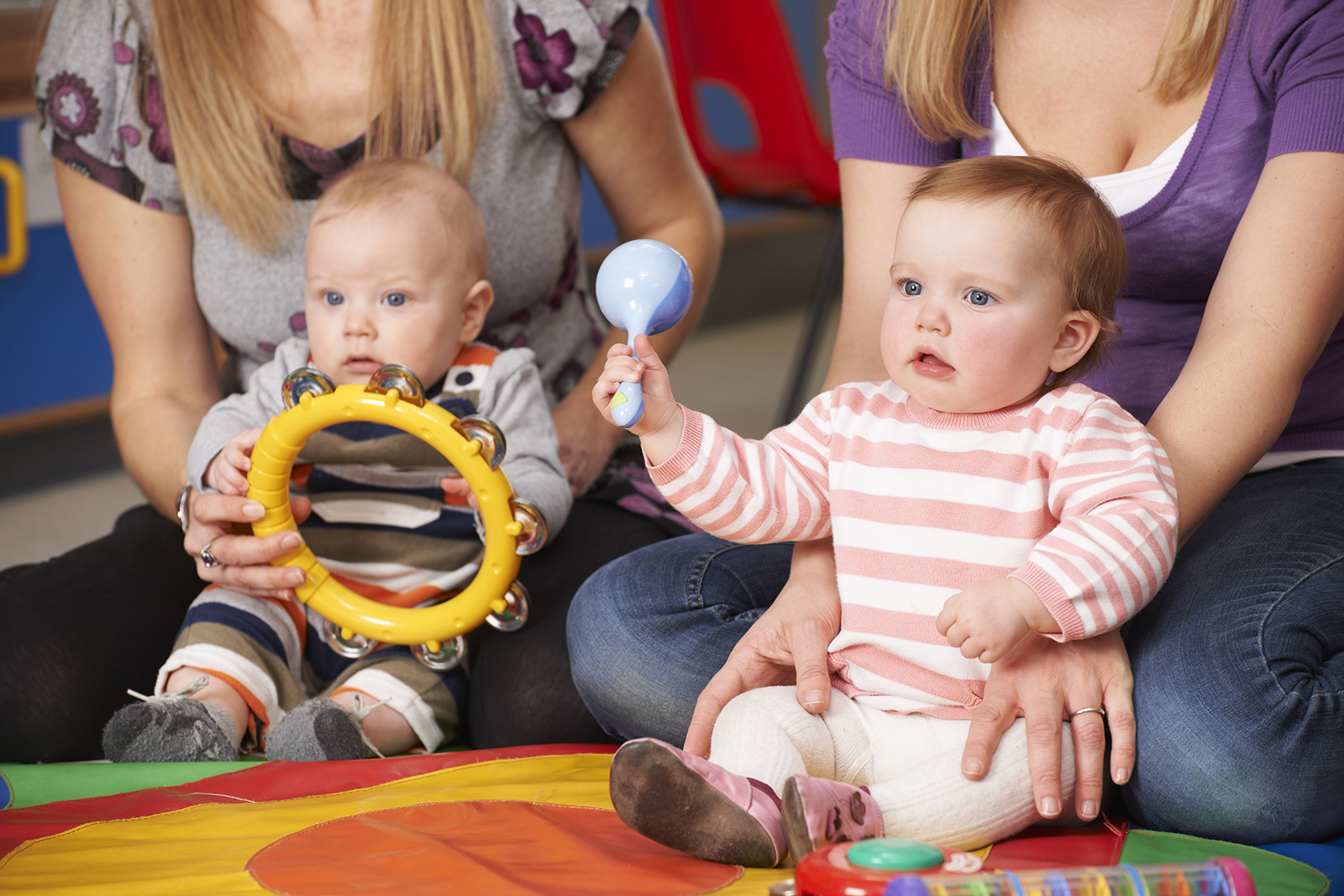 As a trained concert pianist, Christina Zhao knows how powerful music can be in children’s lives. But she wondered: how early in life does it make a difference in their development?

According to her most recent research, the answer is as young as 9 months. Zhao and her colleagues at the University of Washington’s Institute for Learning & Brain Sciences (I-LABS) found that play sessions where parents moved their babies rhythmically to the music helped babies better process music and speech.

“Having babies actively participate in musical activities is very influential in their brain development,” says Zhao, a postdoctoral researcher at I-LABS and lead author of the study published this spring. “And we know that babies’ brains develop so quickly in their first few years of life.”

For the study, I-LABS researchers brought in two groups of 9-month-old babies and their parents for a dozen play sessions over the course of a month. They were randomly separated into two groups: one in which parents were taught how to synchronize their babies’ movements to the rhythm of music, and another that didn’t involve music.

The babies in the music group heard songs with a 1-2-3 waltz beat, like “Take Me Out to the Ballgame,” while their parents or caregivers tapped the beats out with their hands or toes. The parents of the babies in the control group played with their babies using traditional toys like blocks and trucks.

Both experiences were social — including at least three babies — and engaging, meaning the babies were actively involved in the playtime, because researchers know such an atmosphere stimulates learning.

“The difference was the music,” Zhao says.

After a month of play sessions, researchers measured the babies’ brain responses using I-LABS’ high-tech magnetoencephalography (MEG), which allowed them to see the precise location and timing of brain activity. The brain scans showed that the babies who had listened to the music were able to tell when the predicted rhythm was intentionally disrupted. They also reacted to irregularities in patterns of speech sounds.

“When they heard the rhythm go wrong, their brain showed a bigger response,” Zhao says. “That suggests that engaging musical experiences can improve cognitive skills.”

What does this mean for parents?

“It’s very relevant to parents,” Zhao says. “Music and speech are the two most prominent sounds we hear, and we see that one may impact the other.”

There are plenty of opportunities around Seattle for baby and toddler music classes, which Zhao says can be beneficial and may achieve the same outcome. But she says that any parent can learn the simple techniques to bolster their babies’ brains simply by moving their baby to the beat. (A video of one of the play sessions is here: youtu.be/whzxMNvHBD4).

Zhao points out that researchers specifically tested the benefits of actively involving the babies in the music, although she hopes to do further research about how just hearing music affects early development.

She and her co-author, I-LABS co-director Patricia Kuhl, hope that their findings will influence school music programs around the country, which
have faced increasing budget cuts. Previous studies have found a correlation between music and academic performance, as well as an aptitude for learning languages. Many parents look forward to their children being exposed to music in school, or plan to let them try an instrument in a school band or orchestra.

“Musical curriculum in schools has been cut, and there are a lot of debates about what role the arts should play in education,” Zhao says. “If we see this in infants, it would be beneficial for school-age children.”

Zhao, who started playing piano at age 4, encourages parents to experiment with musical playtimes at an earlier age to help their babies learn. Plus, it’s just fun.

“It’s one of the things people love doing with their babies,” she says. “Musical activities are universal. Every culture has their own music for children.” 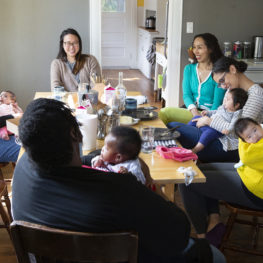 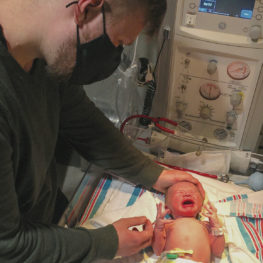 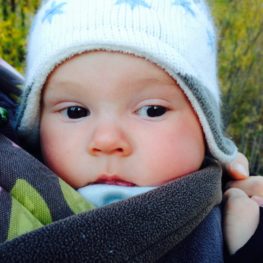