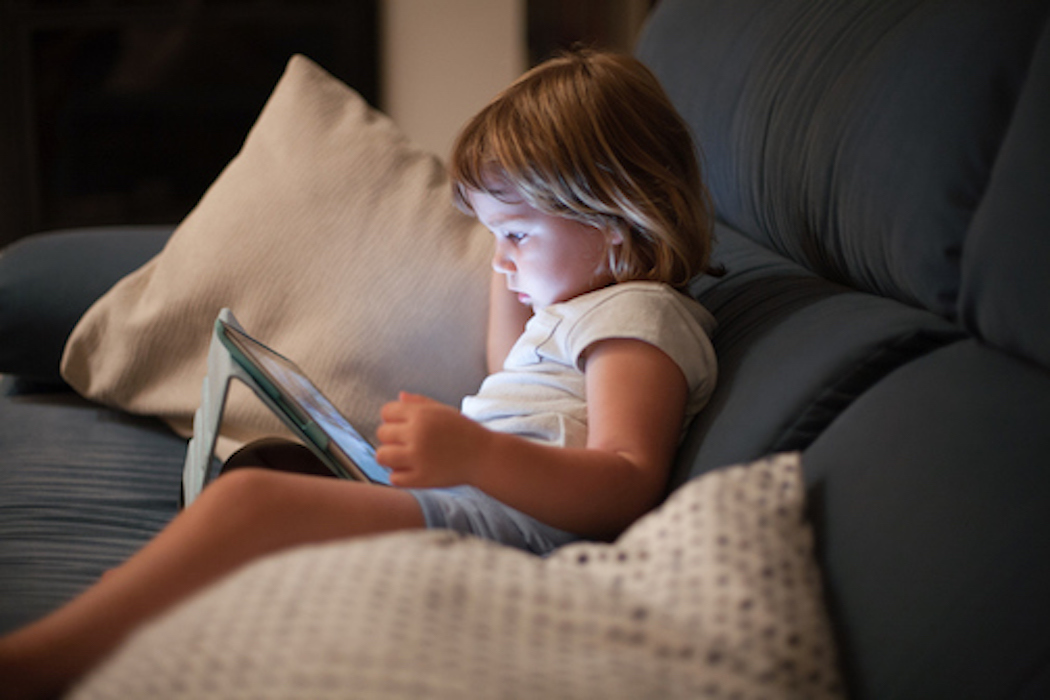 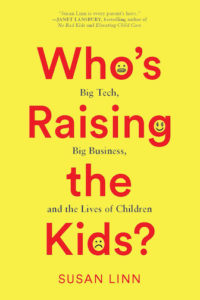 As a parent and longtime family advocate, I have long worried about the impacts of what feels like a constant digital deluge on kids’ developing brains, psyches and bodies. Even without seeing the evidence, I’ve felt in my gut that there must be a connection between screens, technology, consumerism and a dramatic increase in mental health issues among children over the last decade.

Susan Linn’s important and disturbing new book Who’s Raising the Kids: Big Tech, Big Business and the Lives of Children provides the evidence. Corporations are, indeed, molding children into minions of consumerism at just about every tech touchpoint. And yet, surprisingly, Linn’s book gives me hope. There are, the author writes, concrete ways to stop this manipulative madness that is increasingly hurting our kids.

I agree wholeheartedly with the reviewers at Kirkus: “Linn’s examination of how screens have taken over childhood is a must-read for any parent.”

Here is an excerpt from the book which hit bookstore shelves this week.

Who’s Raising the Kids: Big Tech, Big Business and the Lives of Children

Almost the entire children’s media ecosystem—not all of it, but almost all of it—exists as a venue for advertising. Advertising and marketing are the foundation on which the whole media structure is built.

—Vicky Rideout, founder of VJR, specializing in research on children, media, and technology 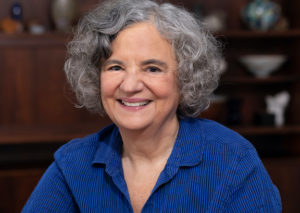 I am giving a talk about kids, tech, and commercialized culture to parents, teachers, and administrators when I notice something strange. The people my age in the audience, whose kids are grown, are looking rather smug. In contrast, the younger generation of adults, those currently in the throes of raising families, are looking distinctly uncomfortable. So, I interrupt myself.

“I’m not here to make anybody feel guilty,” I say. “In some ways, it’s never been harder to be a parent, even for families with adequate resources. You’re dealing with a culture dominated by multinational corporations spending billions of dollars and using seductive technologies to bypass parents and target children directly with messages designed——sometimes ingeniously—to capture their hearts and minds. And their primary purpose is not to help kids lead healthy lives or to promote positive values or even to make their lives better. It’s to generate profit. So, if people my age tell you to ‘just say no’ or talk about how they used to just turn off the TV, be polite—but remember that they have no idea what raising children in a digitized, commercialized world is like.” And I resolve to begin my talks this way from now on.

What are the impacts of the monumental shift toward a digitized, commercialized childhood? Don’t miss this important conversation. Tickets are available at Town Hall Seattle.

I’ve been working since the late 1990s to stop corporations from targeting children. The goals of marketers who target kids certainly haven’t changed over the past twenty-odd years: lifetime brand loyalty, pathways to parents’ paychecks, and the habit of consumerism. What has changed is that rapidly evolving digital technologies make it easier for companies to engulf children in advertising that is more pervasive, more invasive, more sophisticated, more manipulative, and more devious than ever. Meanwhile, evidence continues to mount that marketing to children is both remarkably effective and deeply harmful to their growth, development, and wellbeing.

Now, whenever and wherever children happen to be, it’s possible for them to be in front of a screen.

Digital technologies continue to evolve at breakneck speed, much faster than our understanding of the moral, ethical, physical, and social ramifications of their dominance in our lives—and the lives of kids. Today, software can accurately read emotion from facial expressions, seamlessly manipulate video images, and conjure increasingly real-seeming virtual worlds. It can also invest objects with the capacity to do our bidding and even cause us to love them.

Digital devices are marketed to parents as must-have childrearing tools and marketed to kids as their sole opportunity for fun. In a rigorously anti-regulatory political climate, tech and media companies target children with brilliant, sophisticated, ubiquitous, and often obfuscated marketing that is seamlessly integrated into digital content and programming that is created purposely to be addictive. In the tech world such manipulation is called “persuasive design.” Rooted in behavioral psychology, persuasive design is the science of programming computers to alter human behavior.

The astounding science fiction–like capabilities of computers are themselves only part of the problem. In the United States, the rise of powerful digital technologies parallels the decline of government regulations designed to set limits on excessive and irresponsible corporate behavior. In combination, these two phenomena drive a societal embrace of commercialism that powerfully affects children, both directly and indirectly.

As I write, one of the most popular online activities around the world for young children is watching other kids open boxes of toys on YouTube, Google’s popular social media platform. Many of the seemingly spontaneous demonstrations in these “unboxing videos” are paid for by toy companies.

At a recent marketing conference, I heard toy company executives extol the power of working with the kids they recruit, whom they call “influencers.” Not only do these videos market products to children they also shape aspirations. A few weeks ago, I spoke to a father who told me that his six-year-old son desperately wants to be a YouTube star. A grandmother recently shared her anxiety about her twelve-year-old granddaughter, who was posting videos of herself on YouTube. Here’s what she told me: “My granddaughter is addicted to YouTube. She sees other little girls in the spotlight so she wants to make her own videos. And one day I found her making one when she wasn’t fully dressed.” A pre-teen, her granddaughter is tech savvy enough to bypass age restrictions set by social networks. But “tech-savvy” does not mean that her judgment is developed enough to grasp the potential consequences of her online behavior.

And she’s certainly not alone. In 2020, 15 percent of nine- and ten-year-old children reported having shared a nude photo of themselves online.

It’s not unusual for children to be occasionally cruel, to be titillated by nudity, and to be unable to foresee the consequences of their actions. Today, given the reach of social media, what used to be children’s relatively private meanness, explorations, or mistakes may now be made public. These childhood transgressions might be witnessed not only by friends, families, and communities (which is shaming enough) but by millions of strangers—including predators.

It’s commonly accepted that children’s health, behavior, and values are affected by their encounters with direct influences— their experiences with family, school, and community, and in recent years, with media. Our children and grandchildren are growing up in a culture that blurs the boundaries between public and private, civic and commercial, philanthropic and profit-making. Churches, synagogues, and mosques are urged to hone their “brand.” Grocery chains position themselves as public benefactors by asking us to pay extra to support their charitable causes at check-out counters. Charter schools can be run by corporations, and public schools take corporate donations in exchange for branding children’s learning. Tech companies can provide schools with online access in exchange for collecting personal data on students.

Even our experiences with nature are becoming branded. Advertising is now allowed in our national parks.

When thinking about the effect of commercialism on children, it’s crucial to remember that advertising sells values and attitudes as well as products. Children in a hyper-commercialized culture are continually sold the belief that the things we buy will bring us happiness. Research has long shown us that the things we buy don’t make us happy in any kind of sustained way, which can leave people who believe they do in a constant state of disappointment and dissatisfaction. In fact, research suggests that children with more materialistic values are less happy than their less acquisitive peers.

Other harmful messages are also embedded in a culture that promotes consumption as a path to happiness. These include the celebration of extrinsic—rather than intrinsic—motivations and rewards, as well as instant gratification, self-importance, impulse buying, and uncritical brand loyalty. These tenets of commercial culture don’t just undermine children’s wellbeing, they also threaten democracy and the health of the planet.

The chapters that follow expand the case against marketing to children, highlight the need for regulations to stop it, and advocate for massive parent and public education to help us keep commercialism at bay.

In addition to laying out the problems, I include suggestions about what we can do at home, in schools, in communities, and at a policy level to provide children with the screen-free, commercial-free time that is so crucial to their wellbeing.

What’s happening to children in our digitized, commercialized world is deeply distressing. The fact that it’s made possible by the biggest corporations in the world is certainly daunting. But the possibilities for effecting change are by no means nonexistent. Profound social change takes time. What’s happening among advocates and activists working to stop the corporate takeover of childhood and to promote environments that encourage healthy development is both hopeful and exciting. And at least some of the hope and excitement is coming from within the tech industry.

As more research emerges about the potential harms of excessive screen time, educators, health professionals, parents, and legislators are starting to address the need to set limits on prevailing tech industry business practices that target kids to ensure that children have time for what they really need—hands-on exploration of the world around them, face-to-face conversations with family and friends, active and creative play, both indoors and out.

It’s my hope that this book will help readers recognize the need to stand up to the corporate interests that hijack children’s lives— and help ensure that kids have the childhood they need to thrive.

Copyright © 2022 by Susan Linn. This excerpt originally appeared in Who’s Raising the Kids: Big Tech, Big Business, and the Lives of Children published by The New Press. Reprinted here with permission.

Susan Linn is a psychologist, award-winning ventriloquist, and a world-renowned expert on creative play and the impact of media and commercial marketing on children. She was the Founding Director of Campaign for a Commercial-Free Childhood (now called Fairplay) and is currently research associate at Boston Children’s Hospital and lecturer on psychiatry at Harvard Medical School.