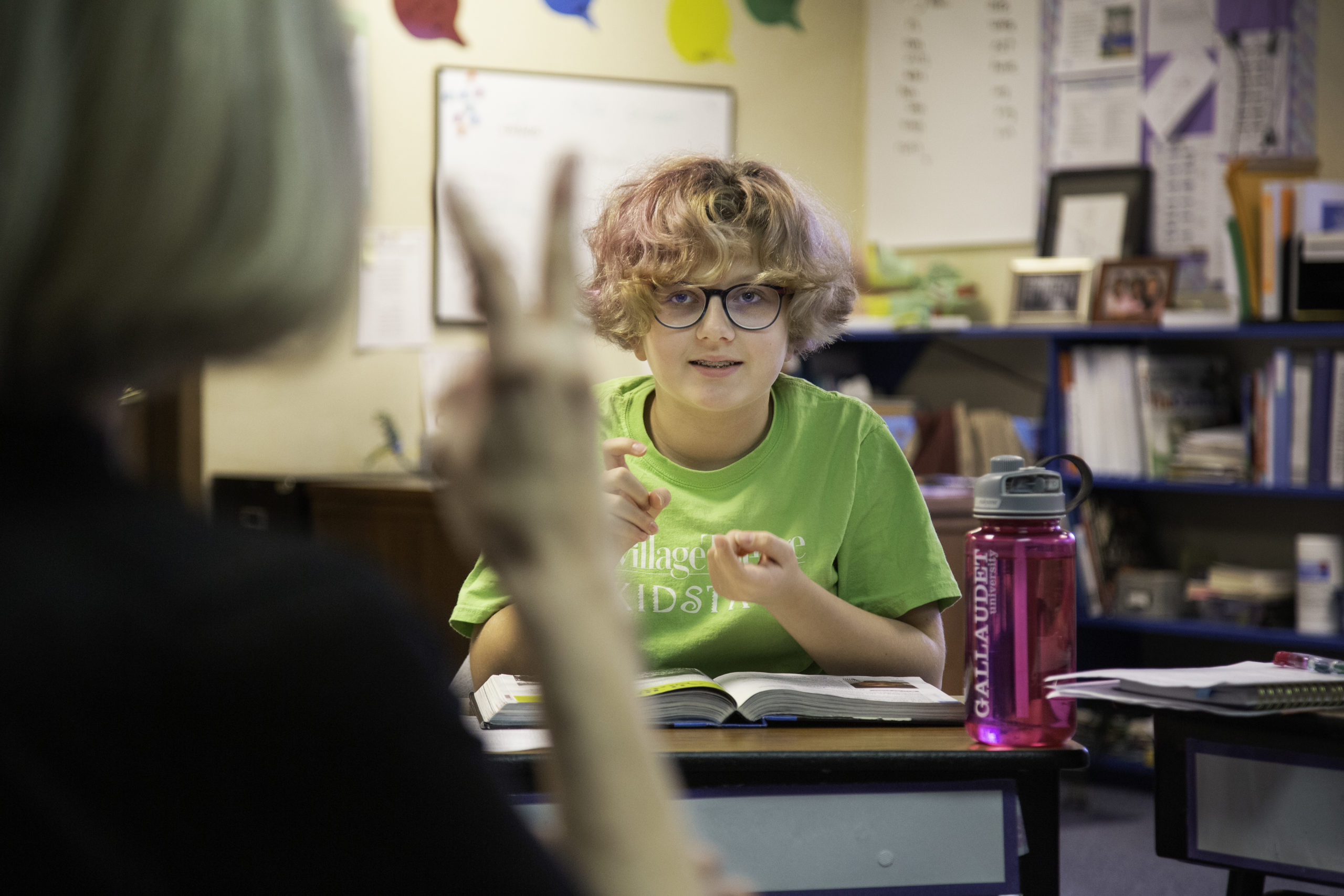 Sporting braces and streaks of purple hair dye mixed into her blond curls, Chelsea Beck is an outgoing, typical eighth-grader with one distinguishing feature — she’s deaf.

The tween years are difficult for most kids, but can be extra challenging for children with hearing loss. Chelsea has thrived, thanks in large part to the Northwest School for Deaf and Hard-of-Hearing Children.  Located in Shoreline, it’s the only school in the Puget Sound region that offers classes for deaf and hard-of-hearing children in preschool through eighth grade.

“Judy and Karen wanted better outcomes for deaf and hard-of-hearing students,” says Sara Reyerson, the school’s chief operating officer. “They believed that kids could excel past what the national statistics said.”

The Common Core curriculum is delivered using an approach called Signing Exact English. Children learn not only basic literacy, but also signs to communicate grammar and the nuances of the English language.

For example, there are signs to express past-tense verbs and words ending in “ing.” This is especially helpful during a child’s formative years. When combined with the constant use of oral communication by teachers, students become more proficient with their own speech. This better prepares them for mainstream hearing society in general population high school and beyond. As Reyerson points out, students who can communicate with confidence are empowered to self-advocate later in life.

During a typical day, each student receives 15 minutes of one-on-one tutoring called “center time.” Teachers also review parent notebooks with students at the beginning of the day and perform “listening checks” to make sure hearing aids and devices work and batteries are charged.

Wireless and Bluetooth technology are vital for teachers to communicate with students. Every teacher wears a microphone that connects to a small wireless transmitter that attaches to each student’s hearing device. This helps amplify the teacher’s voice for students while blocking out background noise. Additionally, classrooms are equipped with a speaker that connects to students’ hearing devices, assisting teachers during large-group discussions.

“Everyone lives and breathes what kids need here,” says Emily Buettemeier, one of two preschool teachers. “It’s a small, close-knit group of teachers who are willing to help each other and provide insight and information.”

There are six to eight children in each class with a total school enrollment of 45 students. Families come from all over the Puget Sound region and the majority of students attend for free, thanks to contracts with local public schools. One-third of the student population is Hispanic. To better address the unique needs of these families, the school recently started a Spanish Speaking Families program. Many children have been adopted from both the U.S. and abroad, and some parents are deaf or hard-of-hearing themselves. Such diversity creates a welcoming environment for children of all backgrounds and abilities.

Joanna Patten, whose son, Louis, started in the preschool program and is now in kindergarten, has been impressed by the academic achievements of the students and by the school’s invested staff. “It’s so nice to get thoughtful and attentive feedback from teachers and staff about how Louis is doing with language development and social and emotional development,” she says.

As part of the school’s mainstreaming process, students as young as kindergarten attend weekly classes at nearby King’s School, an independent K-through-12 school. Louis is taking P.E. and literacy. Older kids like Chelsea take academic classes such as history and geography. This is a time for both academic and social development. When reflecting on her son’s experience, Patten says, “It’s worked out well, so he can play with his peers. It’s reassuring to see that he can handle the bigger environments, that he can do it.”

As for Chelsea, she looks forward to handling the “bigger environment” of Edmonds-Woodway High School next year. She’s thankful for her years at NWSDHH and the confidence they’ve given her.

“If I went to another school, my speech wouldn’t be as good,” she says. Confidence has fueled her ambition. After high school, it’s on to college and then a career as a lawyer, a teacher or a financial manager. 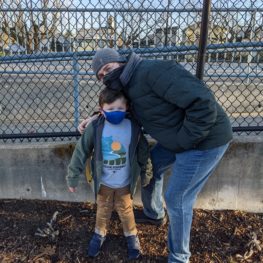 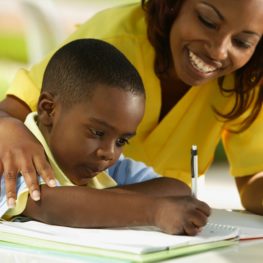 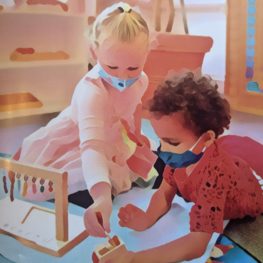