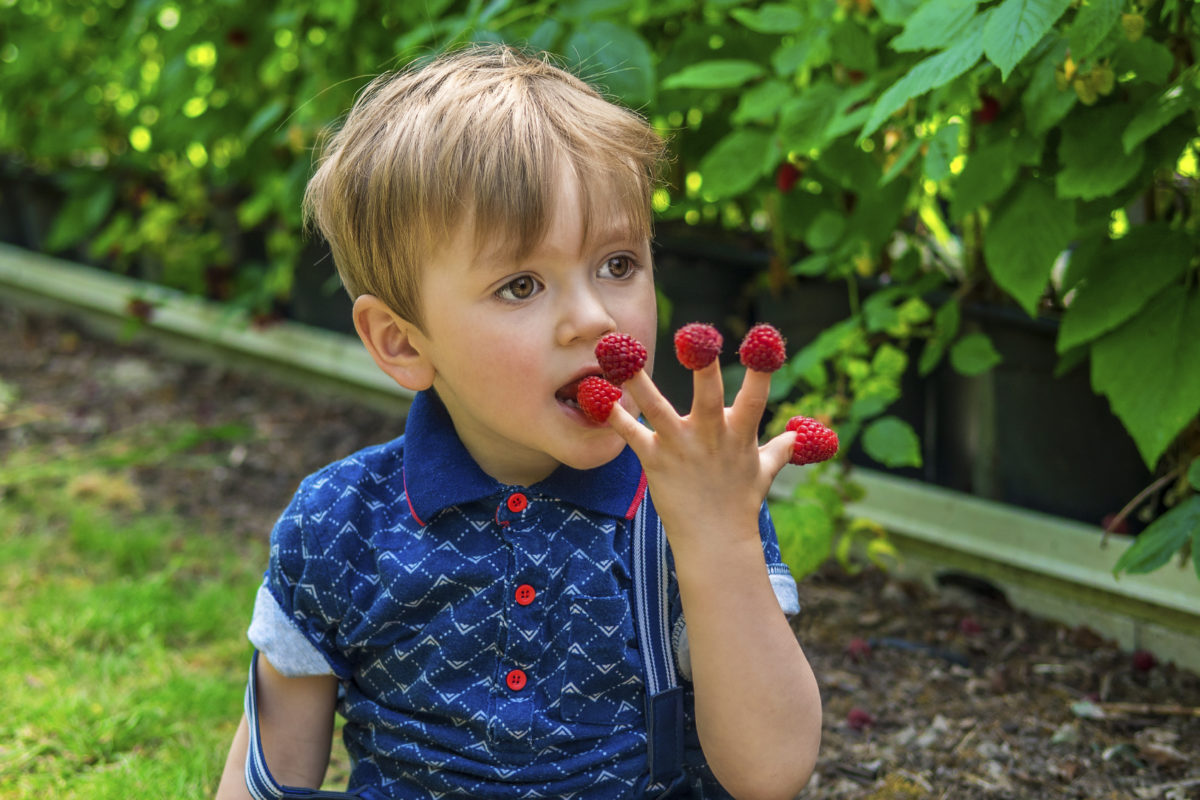 Is this your family’s year to plant zucchini, raise raspberries, set up a chicken coop, or even get a goat? Growing your own food is a little different when kids are involved – a fact that is deftly handled in the book, Your Farm in the City, by Lisa Taylor, garden educator and consultant and former children’s program manager for Seattle Tilth. The guide isn’t specifically for families, but Taylor wrote it with plenty of kid-conscious tips and projects to make urban farming a family affair.

For instance, Taylor recommends building wide paths and narrow beds when you’ve got young kids. That way, when the kids jump over the beds (as they inevitably will)  they won’t land in the middle of your growing plants. It’s advice that is both practical and neatly aligned with one of Seattle Tilth’s tenets of working with nature rather than trying to tame or control it.

Taylor’s work also has helped her to gain an encyclopedic knowledge of bugs – partly to help choose how and whether to discourage their presence, partly because that’s what her small charges tend to notice in Seattle Tilth’s garden. “(They’re) less interested in asking, ‘What’s the name of that plant?’ and more interested in moving creatures,” she says.

And she knows that, sometimes, kids mean compromise. At her own home, Taylor waited to raise bees, because the perfect spot was blocked by the play structure that she figured her at the time 11-year-old son might use for one last season.

What to Plant on Your Urban Farm

Planning and mapping out a growing area are good ways to start, Taylor says.

“Do you see livestock or chickens in your future? How much do you really want to eat or cultivate? What’s your goal or image for your urban farm?” Taylor suggests you ask yourself.

“In a typical April in the Pacific Northwest you can start planting everything,” she says. However, sometimes Spring temperatures are cooler than usual so soil temperatures are slow to warm up. Ask your favorite garden store when it’s ok to start planting. Start leeks or chives indoors. Set up containers outside and sow lettuce and cilantro. But make sure to plant a garden that won’t mature all at once.

“You can’t keep up with it. How many salads can you eat?” Taylor said.

When planning what to plant, Taylor recommends “mixing it up” – plant crops that will be eaten fresh along with others that can be frozen or canned or pickled. She grows plenty of kale and collards in the summer, for instance, but blanches and freezes most to eat through the winter.

She also puts a priority on planting vegetables that are pricey in the store, but cheap to grow at home. “I usually try to think about what’s really expensive that I love to eat, she says. “Green beans are ridiculous to buy at the store … I got really into growing lettuce a couple of years ago, because I realized I love to eat salad, but I never buy it because it’s expensive and it goes bad in the fridge fast.”

Involve kids in any garden task, from planning their own plots to helping harvest, but remember their presence means planting with extra care. Don’t plant anything toxic if you’re also growing edibles, Taylor warns – no foxgloves or delphinium or monkshood. Make sure kids know to ask adults before they pick or eat anything from the garden.

Animals on Your Farm?

Then, there’s the question of whether to add animals to an urban farm.

Taylor and her partner have had chickens since Seattle Tilth started offering classes more than a decade ago. They’ve learned from sad experience to build “a really formidable coop” to withstand raccoons, rodents, and other predators. “We were determined to build what we call Alcatraz,” she said.

Remember, also, that the birds will slow down their laying habits as they age. Urban farmers need to decide whether to turn them into a stew or keep them at a financial loss.

While money matters, gardening is not necessarily going to save money, at least in the initial year of buying tools or compost or other starter supplies. To Taylor, the true payoff is in taste and freshness, selection and variety.

“Look at … raspberries. I pick raspberries for 45 minutes (at a time) every three days, but do you know how much those raspberries cost in the store?” she said. Rather than work longer hours to make more money to buy them, she’d rather invest the time in the picking (or, at times, hire son, Alwyn, for the task).

“You’re outside, in the fresh air, in natural light, getting some exercise, connecting to the natural world, and all that adds up to a great benefit.”

Rabbits are the one creature Taylor has listed as both a pest and a potential farm animal. The domestic farm version makes “affable pets,” eat weeds such as blackberries, and makes great garden manure, all without taking up much space. They produce wool and also potentially produce meat.

You may not want to raise bees but you can still do your part helping bees thrive by teaching your kids about Mason bees – the “friendly” bees that need our protection.

Your Farm in the City is a complete but concise guide to building a sustainable garden, from setting up water lines to building a worm bin to growing fertilizer to details on many of the individual fruits and vegetables you may want to grow. (There are also sections on bees, chickens, and even goat-keeping in urban areas.)

Here are a few tips from the book:

Container gardening is great if you live in an apartment or have no ground space for vegetables. But it’s also useful if the sunny spots in your yard aren’t near the soil, or if you want to grow invasive edibles such as mint or comfrey.

If this isn’t your first year of gardening, remember to move families of crops into different beds, both to avoid disease and pests and to promote soil fertility.

Covering plants with a cloche, a bell-shaped covering, can raise the temperature 5 to 10 degrees, so that you can get seeds and starts in the ground faster. Make your own cloche by using anything that transmits light – even a plastic milk jug with the bottom cut out will work.

Before taking on a beehive or dairy goat – or even a parking strip plot – ask your local government what’s allowed in your area.

Look for tools that have been forged from one solid piece of metal, rather than two pieces of metal welded together. (The latter can break easily.)

Read what Seattle dad and author of “The Urban Farmer’s Handbook” has to say about creating an urban farm with kids.

Learning about raising goats  from the founder of the Goat Justice League and how a family on Queen Anne is raising chickens.

Rebekah Denn wants to plant red currants and Shuksan strawberries. She would consider rabbits now that she knows they eat blackberry vines.

This article was originally published in 2011 and was updated in 2017. 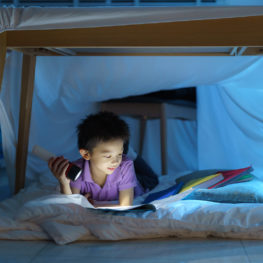 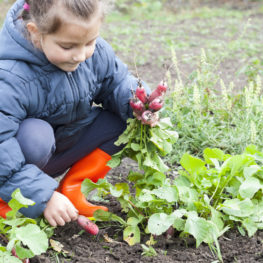 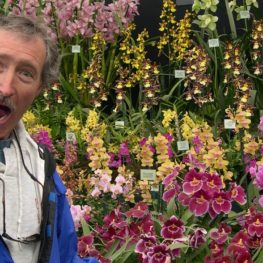 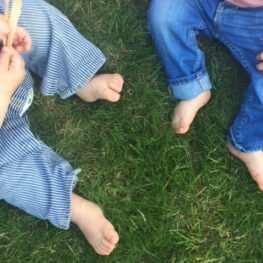