The summer her daughter was 1½, Nicole Suzette Vasquez looked for a sun hat but could find only dorky options. So she sewed her daughter a bonnet, and moms would stop her at parks to ask about it.

Vasquez’s business has grown from taking down phone numbers at the playground to an Etsy shop, SoSuzette, where she sells vintage-inspired bonnets, bloomers and dresses. She creates everything by hand in her Ballard home. Her best-seller is the classic brimmed bonnet ($28), and she also makes a winter bonnet lined with flannel or cotton ($25). Sizes run from 0-3 months to 2-4T.

Vasquez describes her style as prairie-inspired/Amish/old-fashioned stuff, and her Etsy shop reflects that aesthetic. Online, she carries bloomers from 0-3 months to 5T, in linen, seersucker and chambray ($20), and linen prairie dresses ($50), which start at 18-24 months because, “It’s not fair to put a kid in a dress until they can walk. Crawling in a dress is really hard.”

Vasquez comes from a long line of quilters; sewing is in her genes. “We were not of means growing up,” she says. “My choice was to learn to sew my own clothes or wear my cousins’ hand-me-downs.” She learned to sew from her mom, and to embroider from her grandma. In keeping with family tradition, her daughter started hand-working classes at age 4, and sewed her own felt animal pillows.

“I’ve been sewing my whole life,” Vasquez says. “I got really excited when I found I was having a girl, so I could sew some super cute things.”

Her daughter, Lady Paloma, is now 5, and her mom still makes 97 percent of what she wears (basically everything except jeans, leggings, pajamas and underwear). “She’s at a point where she still loves everything I make for her, which is awesome,” Vasquez says.

Vasquez spent her teenage years in Southern California, but never caught on to that laid-back, California casual style. She was used to wearing dresses, not jeans, and you won’t catch her out and about in yoga pants.

“I never felt like I fit in California, ever,” Vasquez says. “I grew up watching my friends in flip-flops. I really wanted shoes.”

Now she loves dressing her daughter in lots of black linen dresses, knee socks and Mary Janes. But that doesn’t mean glitzy Elsa costumes are off limits, either. Their house is known for its great dress-up collection. While Vasquez would have her daughter looking like a little Amish kid, Lady Paloma has her own ideas about fashion. When she wasn’t even 2 yet, she picked out two yards of sparkly, lime-green tulle at the fabric store. She’d wear it as a cape, or tie it on like a skirt.

“She definitely loves sparkles and nonsense, and she loves picking out her clothes every day,” Vasquez says. 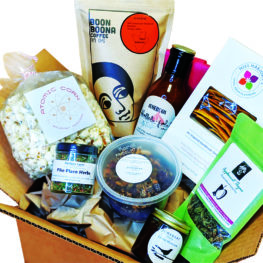 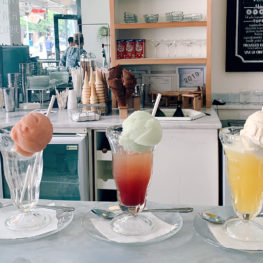 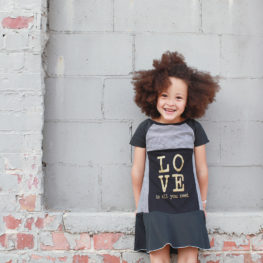 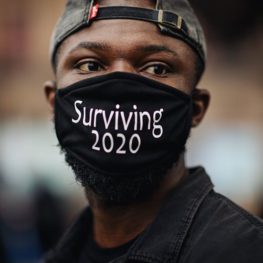